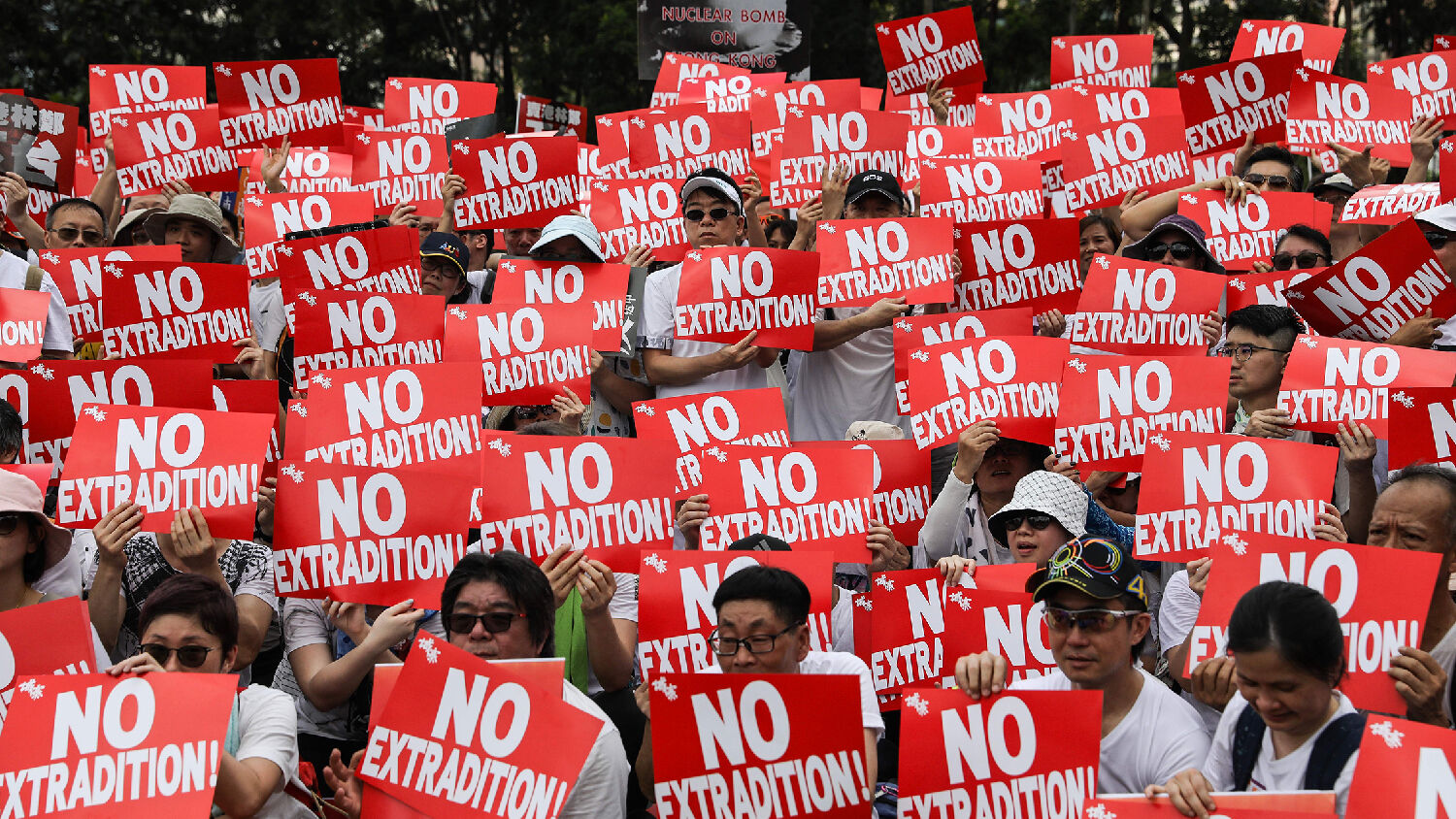 ‘From the bottom of my heart, I would warn anyone, in any country, beware of the Chinese government.’

“I know 50 years haven’t passed yet, but it totally feels like China has already ‘colonized’ Hong Kong,” said a Hong Kong analyst who asked the Trumpet during a June 14 interview to identify him only as Bill.

Bill is among an estimated 2 million people who have flowed onto Hong Kong’s streets since June 9 to protest a proposed law that would let China easily transfer individuals in the city to the mainland if they are suspected of breaking Chinese law.

Regarding his request for anonymity in this article, Bill said: “With my name on it, I could be the on the list of the first few batches of people who get extradited to China.”

The possibility of suffering such a fate is terrifying to Bill and other Hong Kongers, because China’s opaque judicial system contrasts sharply with that of Hong Kong. When Britain handed over control of Hong Kong to China in 1997, the majority of the city’s 6.4 million residents were wary. They feared Hong Kong would be swallowed up by the mainland’s authoritarian Communist Party government. So the Chinese government promised that for 50 years, Hong Kong would be given a “high degree of autonomy.” This included a guarantee that Hong Kong could maintain its judicial system’s rule of law established by the British.

The judicial system of mainland China is radically different. Leaders of the Chinese Communist Party are above the law. They weaponize the judicial system to punish enemies and to tighten their grip on power. Communist Party authorities routinely detain human rights lawyers, secretly arrest individuals who are critical of the party, and use torture to extract confessions. The conviction rate for Chinese courts is an astounding 99.9 percent, often with executions carried out just 72 hours after a verdict is rendered. China executes more prisoners than the rest of the world combined.

Fear of being subjected to this corrupt Chinese system has mobilized huge numbers of protesters in Hong Kong. They scored a notable victory on June 15 when the territory’s chief executive, Carrie Lam, announced the suspension of plans to enact the extradition law. But a suspension is not a withdrawal. And the protesters fear that the move is designed to reduce the momentum of the protest so that the Communist Party can get the law passed quickly later. So they have continued to protest.

Some Hong Kongers are now hopeful that the momentum of their movement can be broadened to push against China’s general encroachment on their autonomy. This encroachment is palpable in nearly all facets of life in the territory. “As a local Hong Konger,” Bill said, “I can tell you that everything is under China’s control, either directly or indirectly.”

China has maneuvered over the years to assert control “directly or indirectly” over more of Hong Kong because of the territory’s economic and strategic value. Hong Kong’s deep integration into the international economic system makes it operate as an interface better connecting the world economy to China. Its geographic location positions it as a “gate” to the South China Sea, through which more than 30 percent of the world’s maritime commerce flows. Controlling this sea is a top priority for China, and its grip on Hong Kong is vital to those efforts.

For these reasons, despite the protests, the Chinese government is unlikely to relax its grip on the territory.

In either case, Bill says China’s treatment of Hong Kong should alert the world to the true nature of the Chinese Communist Party. “From the bottom of my heart, I would warn anyone, in any country, beware of the Chinese government,” he said. “They are scary as an enemy. Any conspiracy you can think of, anything as cunning as you could imagine, they make it come true.”

His impassioned warning to the world is timely. In recent years, Chinese authorities have told populations around the globe to welcome the rise of China. They have persuaded country after country to invite China into their borders with the Belt and Road Initiative and similar Chinese projects. Beijing has wooed numerous nations into its arms with pledges that its projects will enrich them, while still preserving their national freedom and autonomy.

But the reality in Hong Kong exposes the treachery of this message. Twenty-two years ago, despite opposition from many of its people, Hong Kong allowed the Chinese into its territory. Now it is clear that China is reneging on the promised 50 years of semi-autonomy and rapidly decreasing Hong Kong’s freedoms.

In the July 2016 Trumpet issue, editor in chief Gerald Flurry wrote, “Britain actually gave the South China Sea prize of Hong Kong to the People’s Republic of China in 1997. Now that U.S. military presence in the area has been drastically reduced, China is claiming the entire South China Sea as its own! … Whoever controls these vital sea gates controls one third of the world’s maritime commerce” (“China Is Steering the World Toward War”).

From the Editor: “China Is Steering the World Toward War” https://t.co/XRvoFbZsCB pic.twitter.com/aRabGZryJQ

Mr. Flurry explained that this development is of great significance in terms of Bible prophecy.

Genesis 22 records some major promises made to the patriarch Abraham. One says that his descendants, mainly the peoples of Britain and the United States, would come to “possess the gate of his enemies” (verse 17). The context of this passage and companion scriptures show that this concerns the modern era and strategic locations such as Hong Kong, the Suez Canal, the Panama Canal, Cyprus, Sri Lanka and others. Possession of these locations allowed Britain and the U.S. to control the seas for many decades.

Mr. Flurry has made clear that these prophecies are for the present day. “This warning is not just for an ancient nation,” he wrote. “It is a prophecy for the modern-day descendants of Israel! Two nations in particular represent Israel in this end time: America and Britain. … Don’t believe me—you need to prove this truth for yourself. We will be happy to send you a free copy of Herbert W. Armstrong’s book The United States and Britain in Prophecy, which contains abundant proof.”

Britain’s handover of Hong Kong to China was tragic for the British and also for the Hong Kongers. This is becoming more evident as China removes Hong Kong’s freedoms and asserts its oppressive rule, well ahead of schedule. As Bill said, these developments should concern “anyone in any country.”

To understand what to expect from China’s increasing power and ambition, please read Mr. Flurry’s article “China Is Steering the World Toward War.”