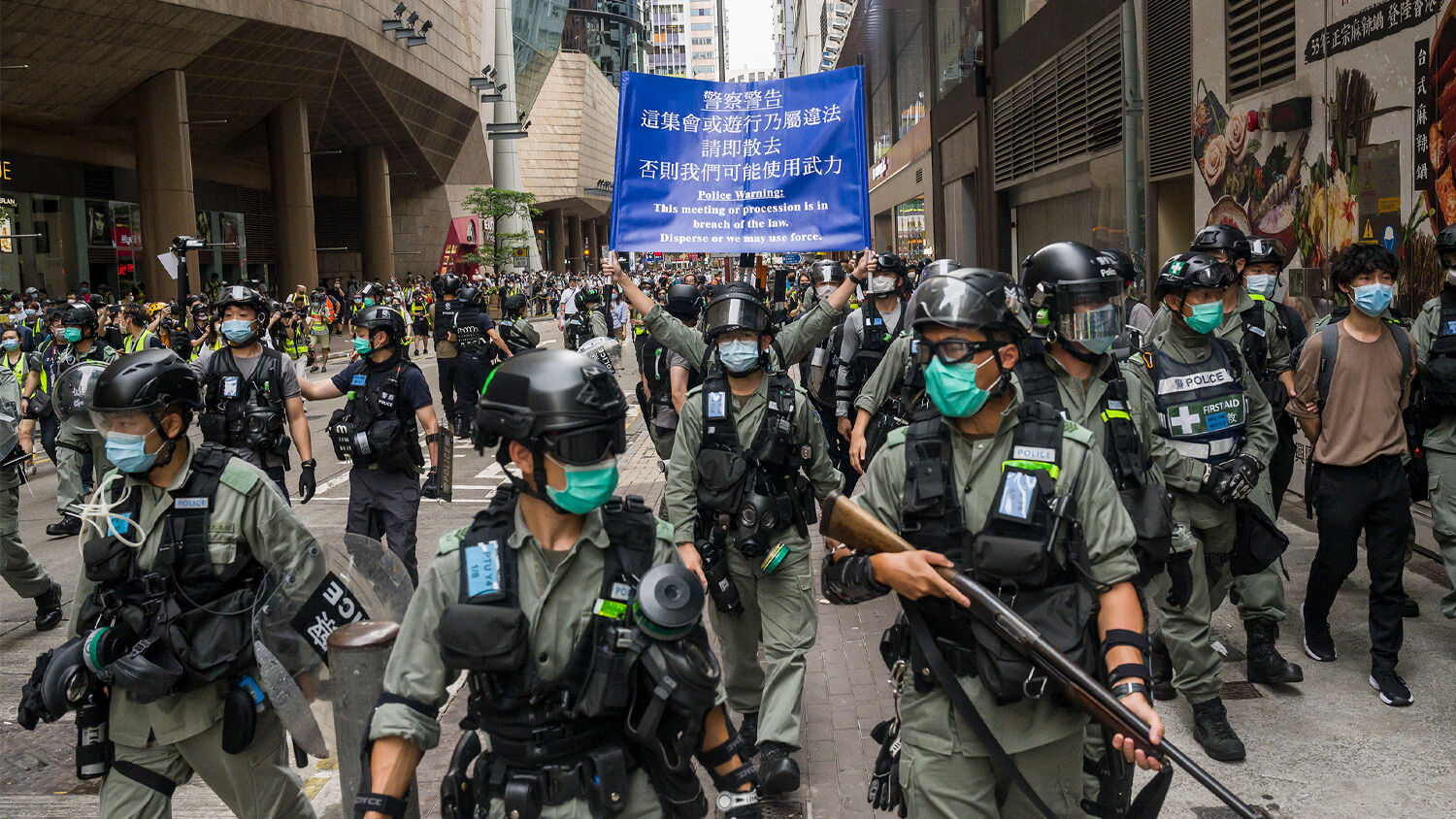 “They are no longer hiding their evil plans.” These were the words of a Hong Kong-based analyst speaking to the Trumpet on the condition of anonymity about the Chinese government’s push on May 28 to criminalize “subversion, terrorism, any behavior that gravely threatens national security” in Hong Kong.

The ruling Chinese Communist Party (ccp) is notorious for defining terms like “subversion” and “terrorism” with spectacular broadness to target just about anyone, including someone who perhaps jokes about a party official or criticizes the placement of a police traffic stop. Such a person can be detained without trial and tortured to extract confessions. If he sees a courtroom, the prosecution has a 99.9 percent chance of convicting him, and if he is sentenced to execution, it is likely that he will be dead within 72 hours. China executes more prisoners than the rest of the world combined.

It was fear of being subjected to this mainland system that drove millions of Hong Kongers into the streets beginning in June 2019. The ccp had tried pushing a law through Hong Kong’s legislature that would let Beijing easily transfer individuals in the territory to the mainland if they were suspected of breaking any Chinese law. So Hong Kongers demonstrated their opposition to the idea and their desire for autonomy from China—judicial and otherwise.

Recent history shows that this desire was not unreasonable.

Hong Kong was ceded from Britain to China in 1997, with the ccp promising “One Country, Two Systems” that allowed residents of the territory to retain their identity and many freedoms for 50 years. In the years following the handover, China made several disquieting pushes against Hong Kong’s semi-autonomy, and each prompted protests in the territory. But Beijing’s intrusion in June 2019 reached a new level of audacity, and Hong Kongers responded with months of impassioned, often violent, demonstrations.

The protests persisted until the start of this year, when the outbreak of covid-19 from China’s city of Wuhan province helped the ccp finally keep Hong Kongers indoors. But the ccp knew the tensions hadn’t been resolved, and as the outbreak died down, it feared that Hong Kong wouldn’t pass laws needed to prevent a renewal of the protests. So, in brazen violation of One Country, Two Systems, the ccp ignored Hong Kong’s legislature and imposed its own sweeping anti-sedition legislation on the territory, which, among other things, includes stationing Communist Party secret police in the territory.

If you are a Hong Konger, you are watching your private, educational, communication, financial and judicial freedoms inherited from the British era dissolve into a system of one country, one oppression.

Those freedoms, the analyst said, are “officially dead. … Everything has been taken under control of the ccp.”

This is the ccp’s “nuclear option.” They would’ve preferred to gain control more stealthily, with less open resistance from Hong Kongers and less opposition from other nations, which have acknowledged Hong Kong’s special status for 23 years and are criticizing China’s open, illegal power grab. In addition, full ccp control will make Hong Kong a considerably less attractive location for global companies to do business, and through which to interface with mainland China. United States Secretary of State Mike Pompeo said the ccp seizing freedoms from Hong Kong means America will be unable to keep providing the city with trade and immigration advantages. All of this could be a major blow to the financial benefits the ccp reaps through Hong Kong.

But none of that matters as much to ccp leaders as much as protecting their power. It shows that their concern for what other nations think of their increasingly dictatorial leadership is evaporating. As the analyst said, “They are no longer hiding their evil plans.”

Over the last two centuries, the British and the Americans dominated much of the globe. Their citizens and subjects experienced enormous benefits and advancements in civilization, including in Hong Kong where Britain transformed an essentially barren island into a beacon of freedom and wealth. Now that wealth and, more importantly, those principles and freedoms, are disappearing, in Hong Kong and beyond.

This is just one area where we see a Bible prophecy forecasting the end of the Anglo-American era being fulfilled. Jesus Christ Himself prophesied what is coming next: “the times of the Gentiles.”

No one claims that British imperialism in Hong Kong and elsewhere was free of evils. The British (and the Americans) are no better than other peoples. Yet no one can convincingly argue that the wealth and influence—and, far more importantly, the principles and freedoms—that the UK and America spread throughout the world were far, far better than the effects of oppressive regimes like the ccp.

Seeing China obliterate those freedoms and turn Hong Kong into just another oppressed Chinese city is tragic. But Bible prophecy shows that this is merely a small preview of the global destruction coming during the times of the Gentiles.

Why are the Gentiles gaining power? Why do they champion different principles? Why have the British and Americans declined? Why were their principles better? Where did those principles come from? And is there hope for Hong Kong? Read “The Climax of Man’s Rule Over Man,” by Trumpet editor in chief Gerald Flurry, to understand.