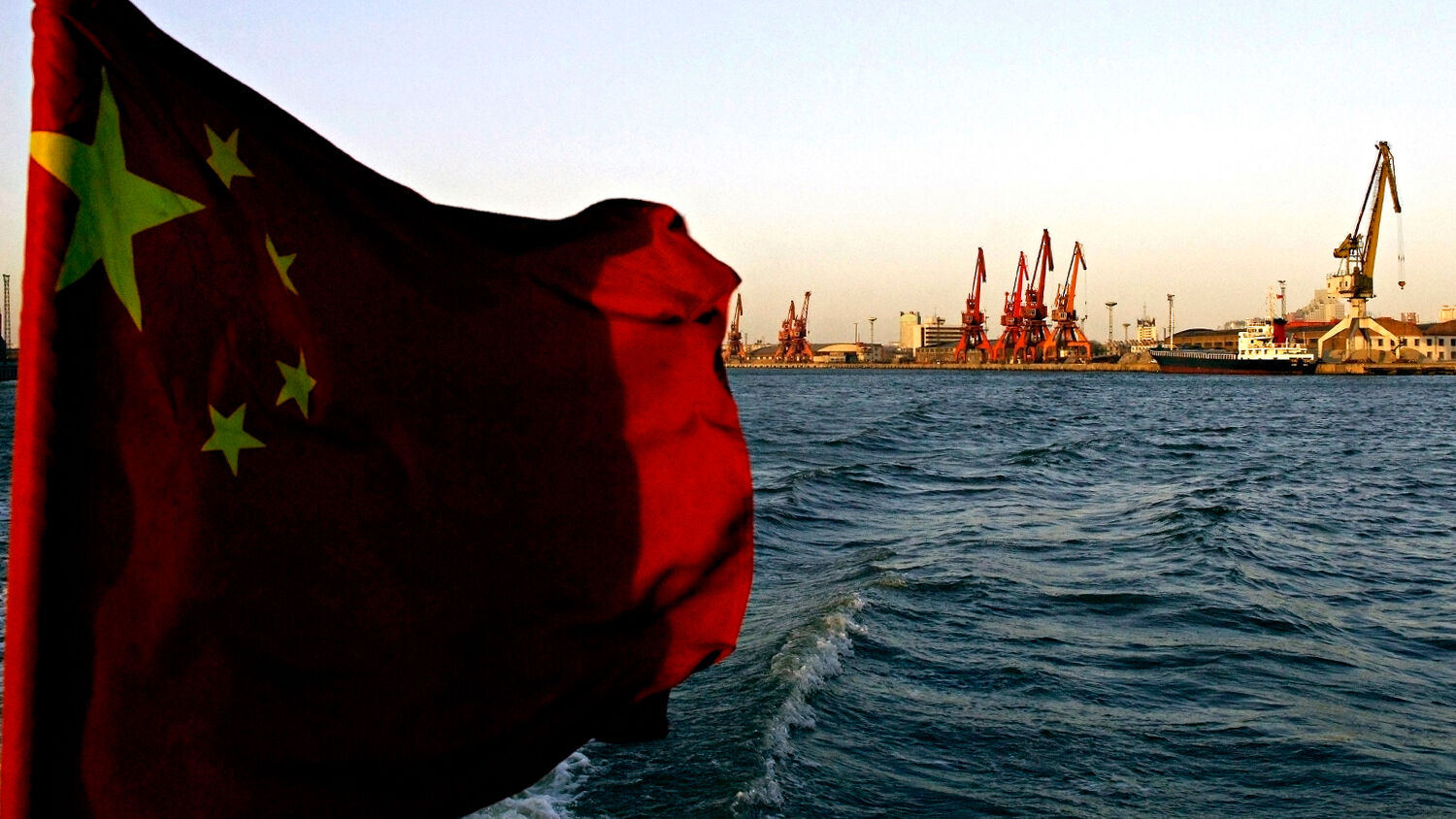 Beijing is surveying its way to Australia.

On December 20, an Indonesian fisherman working off the coast of Selayar Island caught more than he bargained for. Aside from the usual haul, he discovered a seven foot Chinese unmanned underwater vehicle. The drone was turned over to authorities, who then publicized the find.

Known as gliders, these vehicles use variable-buoyancy propulsion rather than a motor, which enables them to deploy for long periods. They chart every reef, sand bank, trench or shipwreck on the seafloor. While the gliders themselves are not harmful, it is what they pave the way for that should worry Australians. Detailed maps of channels, straits and seabeds are used for deploying submarines.

This is not the first time a Chinese surveillance drone has been discovered. A similar drone was captured in March 2019 near the Riau Islands. Another turned up at the start of 2020 near the Subaya Naval Base.

A glance at the map below indicates the extremely critical sea lanes China is surveying.

This map should concern the whole world.

For example, the Strait of Malacca, between Malaysia and Indonesia, facilitates trade between Asia and the Middle East. It is one of the few channels deep enough for large vessels to sail between the Pacific Ocean and the Indian Ocean. (The Torres Strait, north of Australia is wide but full of reefs.)

In 2019, 90 percent of all crude oil bound for the South China Sea transited the Strait of Malacca. Between 20 and 30 percent of all seaborne trade flows through this strait. Any disruption of this flow would have dire economic consequences for a host of nations, and the ripple effect would influence the world economy.

If China were to shut down the Strait of Malacca with its submarine fleet, the economic impact would be severe. The Australian Strategic Policy Institute suggested that the economy of Taiwan would contract by 33 percent; Singapore by at least 22 percent, and Hong Kong, Malaysia, the Philippines and Vietnam would also pay a heavy toll. China would sustain an economic loss of only 0.7 percent.

Japan would also be in trouble. It imports most of its oil through the Straits of Malacca and the Lombok Strait. The Trumpet has long forecast that China and Japan will eventually be bound together. If China controlled the Strait of Malacca and other nearby passages, it is easy to see how. With China able to crash their economies at the launch of a torpedo, Japan and other nations in the region will have little choice but to submit to its aggressive policies.

Australia is not aligned culturally or ideologically with any of its northern neighbors. If China were to control the straits in the region, Australia would be foolish to think any nation would come to its aid against an aggressive China.

But cowed allies would not be Australia’s only problem, nor its greatest. Australia also relies on the straits to its north.

With an extremely limited fuel supply, Australia relies on ready access to refineries in Southeast Asia. That fuel flows through the aforementioned straits. No access means no fuel. The engines of Australia would come to a shuddering halt. With fuel prices currently at historic lows, Australia is desperately trying to increase its fuel reserves, but it is too little too late. Domestic refineries are shutting up shop, and Australia is leaving itself extremely vulnerable to events happening in the straits to the north.

The Trumpet has written extensively on Australia’s foolish foreign policy decisions toward Asia. You can read about it in our December 3 article, “The Dragon and the Dove.”

That three Chinese drones have been discovered in three key straits to Australia’s north is no coincidence. China is looking to expand its submarine capabilities southward.

This would inevitably bring China into contact with Australia’s own submarine fleet, which uses the Western Australian coast as a staging ground for operations in the South China Sea. The Lombok Strait is the means by which Australia can access the South China Sea, and vice versa.

It is clear China has an interest in knowing how to reach these areas. In 2019, a high-tech Chinese research vessel was detected mapping the seafloor just beyond Australian territorial waters. It was the same area Australian submarines are known to frequent.

Australians should not naïvely believe that these efforts are purely scientific, as China claims. The Royal Australian Navy Submarine Force Element Group Headquarters, and all six of the Collins Class submarines, are at hmas Stirling in Rockingham, Western Australia. The majority of the Navy’s submarine support facilities are also located at hmas Stirling. If China considers Australia a potential enemy, it will want to know how to quickly and quietly approach these facilities.

Australia only has six submarines; China has 76. As with all military aspects, Australia is completely outgunned. It has every reason to be concerned by China enhancing its ability to reach Australian waters.

For too long, Australia has cozied up to China. Now embroiled in a one-sided trade war, Australia must wake up to the real possibility that China has the means to take the fight to Australia’s door.

China bearing down on Australia shows a dramatic turnaround in fortunes. The East controls world trade, not the West. The East is actively charting a path to conquest. Prior to 1997, when Britain handed Hong Kong back to China, Western powers still had regional dominance—particularly over the trade lanes. Yet time and again, that power has been relinquished to China.

This trend has deep significance—deeper perhaps than most Australians realize. The reason for this ignorance is because its meaning is revealed in Bible prophecy! How many Australians know that their country is mentioned in the Bible, alongside Britain and the United States?

Australians are among the modern descendants of the ancient Israelites. (To see how, read Herbert W. Armstrong’s free book The United States and Britain in Prophecy.)

God promised the patriarch Abraham that he would be a father to “many nations” (Genesis 17:4). Australia’s people are predominantly white, English-speaking Israelites! As such, the promises God made to ancient Israel can also be applied to its descendants. Those include the curses given for disobedience to His laws.

Deuteronomy 28:52 indicates God would bless Israel’s descendants with control over “gates.” These “gates” are primarily the maritime ports and passages through which flow world trade. At one time, the U.S. and British Commonwealth held control over most of the world’s sea gates. Yet God prophesied that because the Israelites would reject Him, these sea gates would be besieged by and lost to their enemies.

Australia needs to wake up to the real reason China is advancing rapidly southward: Australians have forgotten the God who gave them their prosperity in the first place. We take that wealth for granted at our own national peril. God won’t play second-fiddle to our pastimes, relaxed culture or trivial pursuits. In love, He will correct His people severely to bring them to repentance.

The good news is that there is a way forward now, before the worst suffering comes. It is a way opened to those who yield to God. God promises those people that He will “keep thee from the hour of trial, which shall come upon all the world, to try them that dwell upon the Earth” (Revelation 3:10).

Now is the time to heed that warning.

Begin by requesting the February issue of our Trumpet magazine. It contains a special report that focuses on China’s role in Bible prophecy. Read this startling issue with an open mind, and you will see the dire need to take action and turn to God now.