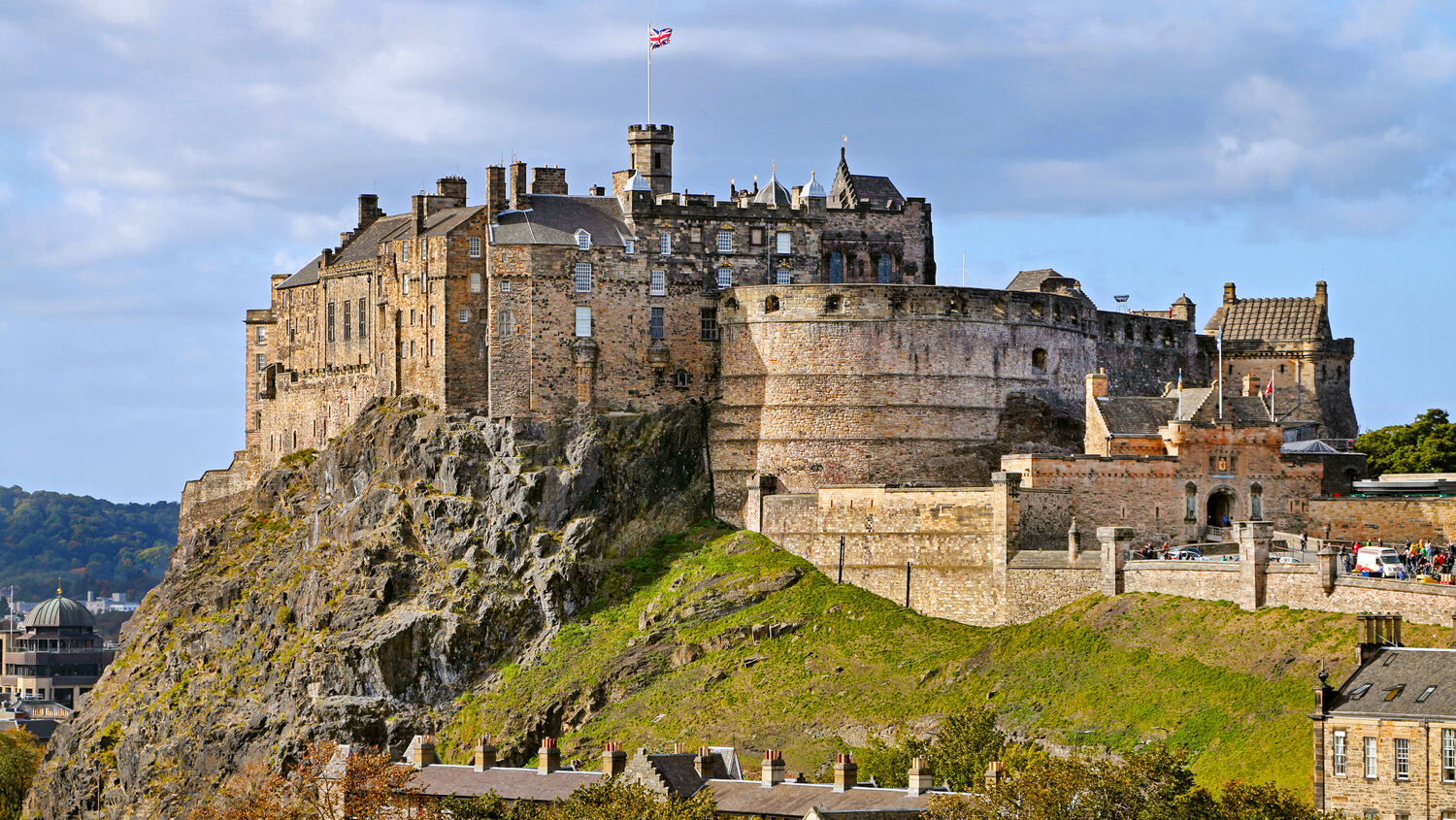 The Scottish government has approved yet another transplant of the Stone of Scone.

On December 23, Scotland announced the Stone of Scone will be removed from Edinburgh Castle and relocated to the small city of Perth in the Scottish Highlands by 2024. Perth’s old town hall is being converted into a museum with the stone intended as its centerpiece.

One of the medieval Scottish capitals, Perth sits next to the ruins of Scone Abbey, which is where the stone was located during the Middle Ages. For hundreds of years, it was the coronation stone of the kings of Scotland until England’s King Edward i conquered Scotland and confiscated the stone to London. It became the coronation stone for English and later British kings and queens, all the way up to the coronation of the current monarch, Queen Elizabeth ii, in 1953. Plans are in place to send the stone back to London for any future coronations.

The stone remained in Westminster Abbey until 1996. That year, Prime Minister John Major, with the Queen’s approval, sent it to Scotland as a way to appease Scots who resented English rule. It is currently displayed in Edinburgh Castle with the Scottish crown jewels: the Crown of Scotland, the Scepter of Scotland and the Sword of State. The scepter was gifted to Scotland by Pope Alexander vi and the sword by Pope Julius ii.

The idea to return the stone to the Scottish Highlands was first suggested in 2019 by the Perth & Kinross Council. Queen Elizabeth gave her consent to the transfer.

“The Stone of Destiny, also known as the Stone of Scone, forms an important part of the story of Scotland,” said Scottish First Minister Nicola Sturgeon. “Following due consideration the Commissioners were satisfied that the proposals for Perth City Hall gave full and proper regard to the need to ensure the security and conservation of the Stone, its accessibility to the general public and that it would be displayed in a manner in keeping with such an important cultural artifact.”

Ian Hamilton, the last surviving member of a group of Scots who temporarily stole the stone from London in 1950, welcomed the move. “At Edinburgh Castle it was always slightly overshadowed because there is so much else to see there,” he said. “This will make a big difference to Perth and bring visitors to the area. It sounds very much like a common sense move to me.”

One has to wonder if moving it from the top tourist attraction of Scotland’s capital city to a remote city in the Highlands most outside Britain haven’t heard of will really help its “accessibility to the general public.” And while the stone will be moved to an obscure location, regalia from the Vatican—Protestant Scotland’s historical enemy—remains at center-stage.

The stone is also known as Lia Fáil, tying it with the legendary Lia Fáil of Ireland’s Hill of Tara, where the ancient high kings of Ireland were coronated centuries before the Roman Empire. While there still is a stone today at the Hill of Tara, ancient chroniclers write that the original Lia Fáil was taken to Scotland by King Fergus the Great and became the Stone of Scone.

But the origins of the Stone of Scone go even further beyond that.

Herbert W. Armstrong, editor in chief of the Trumpet’s predecessor, the Plain Truth, wrote in his book The United States and Britain in Prophecy of “a wonderful stone called ‘lia-fail,’ or ‘stone of destiny.’ A peculiar coincidence … is that Hebrew reads from right to left, while English reads from left to right. Read this name either way—and it still is ‘lia-fail.’”

Why does the Hebrew language have anything to do with the coronation stone of the British Isles? Mr. Armstrong continues:

Many kings in the history of Ireland, Scotland and England have been coronated sitting over this stone—including the present queen. The stone rests today in Westminster Abbey in London [Mr. Armstrong died in 1986], and the coronation chair is built over and around it. A sign beside it labels it “Jacob’s pillar-stone.”

“Jacob’s pillar-stone” refers to a record in the biblical book of Genesis. Jacob was traveling from what is Israel today to Haran, a city in modern Turkey. One night, he used several stones as his pillows (Genesis 28:10-11).

And [Jacob] dreamed, and behold a ladder set up on the earth, and the top of it reached to heaven: and behold the angels of God ascending and descending on it. And, behold, the Lord stood above it, and said, I am the Lord God of Abraham thy father, and the God of Isaac: the land whereon thou liest, to thee will I give it, and to thy seed; and thy seed shall be as the dust of the earth, and thou shalt spread abroad to the west, and to the east, and to the north, and to the south: and in thee and in thy seed shall all the families of the earth be blessed. And, behold, I am with thee, and will keep thee in all places whither thou goest, and I will bring thee again into this land; for I will not leave thee, until I have done that which I have spoken to thee of (Genesis 28:12-15).

In this dream, Jacob encountered the true God. Moreover, He gave him a spectacular promise that his descendants would eventually multiply and become an amazingly blessed nation.

And Jacob awaked out of his sleep, and he said, Surely the Lord is in this place; and I knew it not. And he was afraid, and said, How dreadful is this place! this is none other but the house of God, and this is the gate of heaven. And Jacob rose up early in the morning, and took the stone that he had put for his pillows, and set it up for a pillar, and poured oil upon the top of it. And he called the name of that place Bethel [Hebrew for “House of God”] … and Jacob vowed a vow, saying, If God will be with me, and will keep me in this way that I go, and will give me bread to eat, and raiment to put on, so that I come again to my father’s house in peace; then shall the Lord be my God: and this stone, which I have set for a pillar, shall be God’s house (verses 16-22).

This stone is mentioned again during several important moments throughout the history of the nations that descended from Jacob: the Kingdom of Israel and the Kingdom of Judah. Moses’s successor, Joshua, used it to make a covenant between the Israelites and God (Joshua 24:26-27). It was present during the coronation of an early king, Abimelech (Judges 9:6), and came to be used in the coronations of Israelite kings and, later, Judean kings, from the lineage of King David. And God promised that David’s dynasty would actually be eternal (2 Samuel 7:16). One descendant, King Joash, was coronated with it (2 Chronicles 23:11-13). The stone became associated with God’s covenant with David’s throne. The Bible even prophesies that Jesus Christ is destined to sit on that throne (Luke 1:30-33). Chapter 6 of our free booklet The Key of David has a more detailed explanation of the Bible’s record of that stone.

How the Stone of Destiny, the stone that represents the covenants of God to the people of Israel and to King David, became England’s coronation stone is one of the most amazing, eye-opening revelations of history. Herbert W. Armstrong makes that history plain in his book The United States and Britain in Prophecy.

The people of Great Britain used to believe in the history of that stone. Those generations of British would have refused to let it go. But as the years went on and belief in the Bible diminished, Westminster Abbey removed the plaque that labeled the Stone of Scone as Jacob’s Pillar Stone and finally removed the stone itself.

Trumpet editor in chief Gerald Flurry wrote in 1996 that the Stone of Scone was “the most precious physical thing on this Earth.” When the British sent the stone to Scotland in 1996. Mr. Flurry wrote, “I also believe that Queen Elizabeth just made the worst decision of her life! And the British government has made the biggest mistake in its history! [England’s] actions have scorned the omnipotent living God. And they’re going to be a terrifying penalty unless they repent.”

What would that “terrifying penalty” be?

Look at everything that has happened to the British monarchy since it returned the stone to Scotland. Princess Diana’s tragic life ended in a tragic car crash in 1997. Australia nearly voted to reject the throne and become a republic in 1999. Scotland nearly did the same in 2014, almost tearing apart the United Kingdom itself. In 2018, the British royal family had its first same-sex civil union. The same year the Queen’s grandson, Prince Harry, married divorced American actress Meghan Markle. In 2019 Prince Andrew’s relationship with pedophile billionaire Jeffrey Epstein became a scandal, the British Supreme Court (created in 2009) nullified a suspension of Parliament that had royal assent, meaning the Queen’s authority in the country was overruled. In 2020, Prince Harry and Princess Meghan stepped down from all royal duties (while attempting to keep their royal titles and income); the Queen responded by stripping them of their royal titles. The covid-19 epidemic forced the Queen to hand over her royal responsibilities to her heir, Prince Charles.

Yet there is still great hope. God made David a promise in 2 Samuel 7:16. Nothing—not even rejection of the Stone of Destiny and the Bible history and prophecy that it symbolizes—can cause Him to break it. And while God is removing His protection from the British royal family, He hasn’t broken His word. Instead, He is causing His covenant with David to blossom more than ever before.

Find out how by requesting Mr. Flurry’s free book The New Throne of David. Also request your free copy of Mr. Armstrong’s book The United States and Britain in Prophecy to learn why God’s covenant with David is so important for all human beings across all nations.