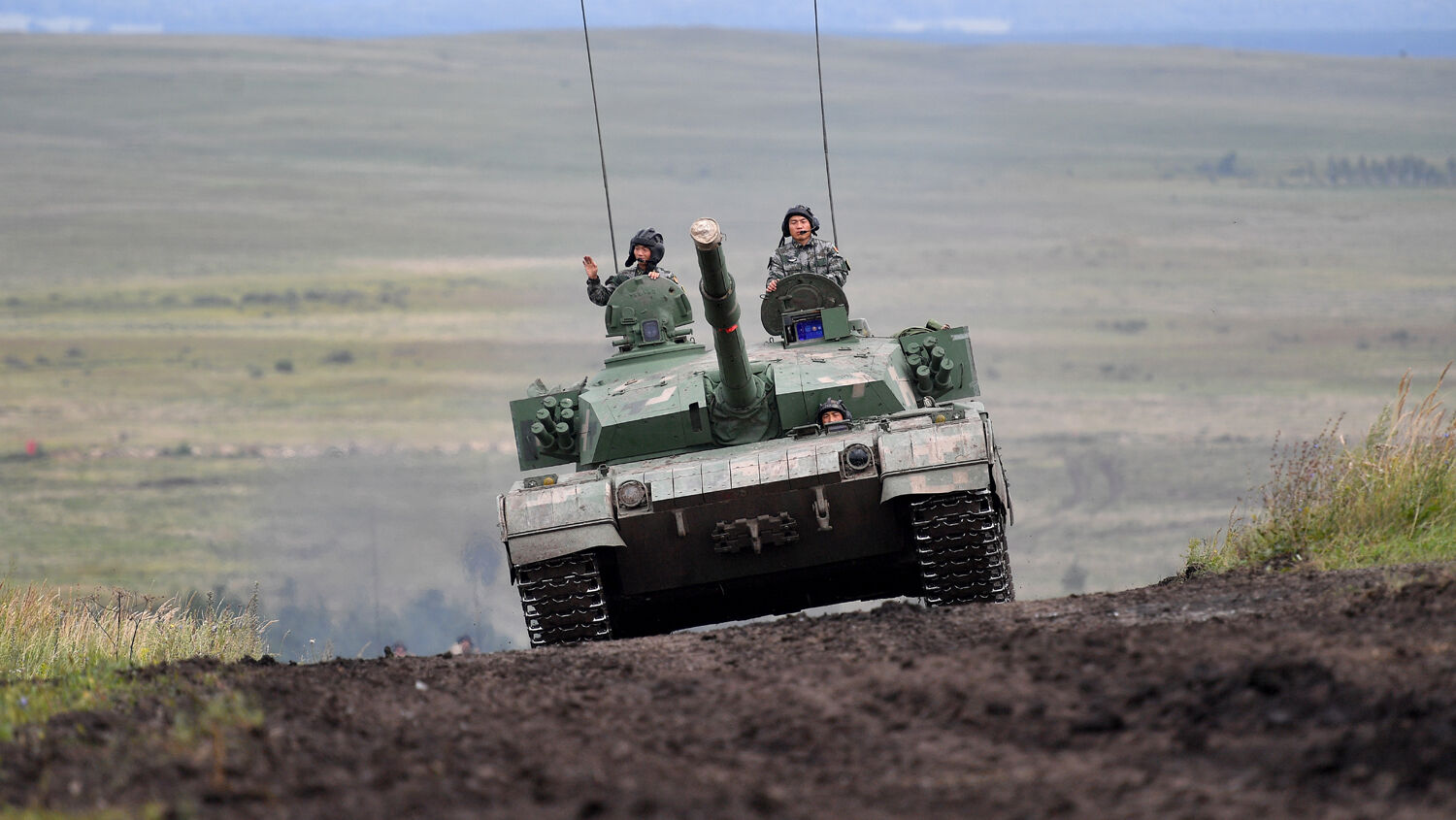 One of the largest military exercises ever to take place in history begins today. Russia’s Vostok 2018 war games will be even bigger than the Soviet Union’s largest military exercise in 1981. Russia’s Defense Ministry says the exercise will include 300,000 soldiers, 36,000 combat vehicles and 80 ships. The troop component is twice the size of the entire British Army.

“Looking at which and how many troops are involved, it’s clear that Russia is training for world war,” Sarah Pagung of the German Council on Foreign Relations told Deutsche Welle. Dr. Stephen Blank, a senior fellow at the American Foreign Policy Council, wrote for the Interpreter, “Clearly Russia is rehearsing a large-scale war.”

And not just any war. Russia’s exercises include nuclear weapons.

Russia’s nuclear-capable missiles will be included in the drills. Russia’s two fleets capable of launching nuclear weapons are both participating. Civil authorities are also taking part: They are rehearsing Russian society’s ability to cope with nuclear war.

And China is invited.

“Coming six months after Beijing’s biggest ever offshore naval drills, the joint war games are another reminder of how central military posturing now is to the world’s two most powerful authoritarian states,” wrote Peter Appa at Reuters.

Appa warned that “both Beijing and Moscow want to give every impression they are increasingly ready—and are relying on that message to dominate their neighborhoods and intimidate less-powerful nearby nations.”

Russia’s decision to invite China marks a major step in the already close relationship between the two. The two have held 30 joint training exercises since 2003, but Russia has never invited China to take part in a drill this important. Only virtual Russian puppet states, like Belarus, have been invited. The South China Morning Post wrote that “the decision to include China in Vostok 2018 surprised some defense analysts because the drills had previously been off-limits to foreign armed forces—and in some cases included potential conflict scenarios with China.”

“There is nothing on paper, but they are building a de facto military alliance,” said China specialist Vasily Kashin of the Russian Higher School of Economics. Blank agrees, writing that “this exercise points to an open declaration of a Russo-Chinese military alliance.”

Gustav Gressel, a senior policy fellow at the European Council on Foreign Relations, called closer military ties between China and Russia a “nightmare” for the United States.

The idea of Russia and China training together for nuclear war is indeed nightmarish. But for many of you reading this, the scenario is very familiar.

Yesterday, I and all the rest of the Trumpet staff were celebrating the Feast of Trumpets—a holy day commanded in the Bible (Leviticus 23:23-25). It is a day that looks forward to the return of Jesus Christ at the sound of a trumpet (1 Thessalonians 4:14-17). On this day, we focus on this most pivotal event in the history of the world, and the history of the universe, which Trumpet managing editor Joel Hilliker wrote to you about yesterday.

We also contemplate the world events that occur before His return. The book of Revelation gives a detailed countdown of world events that lead to Jesus Christ’s return. One key event is an attack from a massive army, 200 million strong (Revelation 9:14-16). Revelation 16:14 tells us this is the army of “the kings of east”—powerful nations east of the Holy Land: Russia and China. This army wipes out one third of all mankind (Revelation 9:17).

If you have a decent world news channel, you may be able to turn it on right now and see Russia and China rehearsing nuclear war. We are nearing the time when these kings of the east begin their march.

This is a sobering realization. But God’s holy days teach us that the best news ever is just around the corner. The events of the Feast of Trumpets prepare the way for the joyful reign of Jesus Christ on Earth—pictured by the Feast of Tabernacles.

To learn more about these holy days, and what they teach us, read our free booklet Pagan Holidays—or God’s Holy Days—Which?, by Herbert W. Armstrong. And for more on the world events leading up to Christ’s return, read Nuclear Armageddon Is ‘At the Door,’ by Trumpet editor in chief Gerald Flurry.