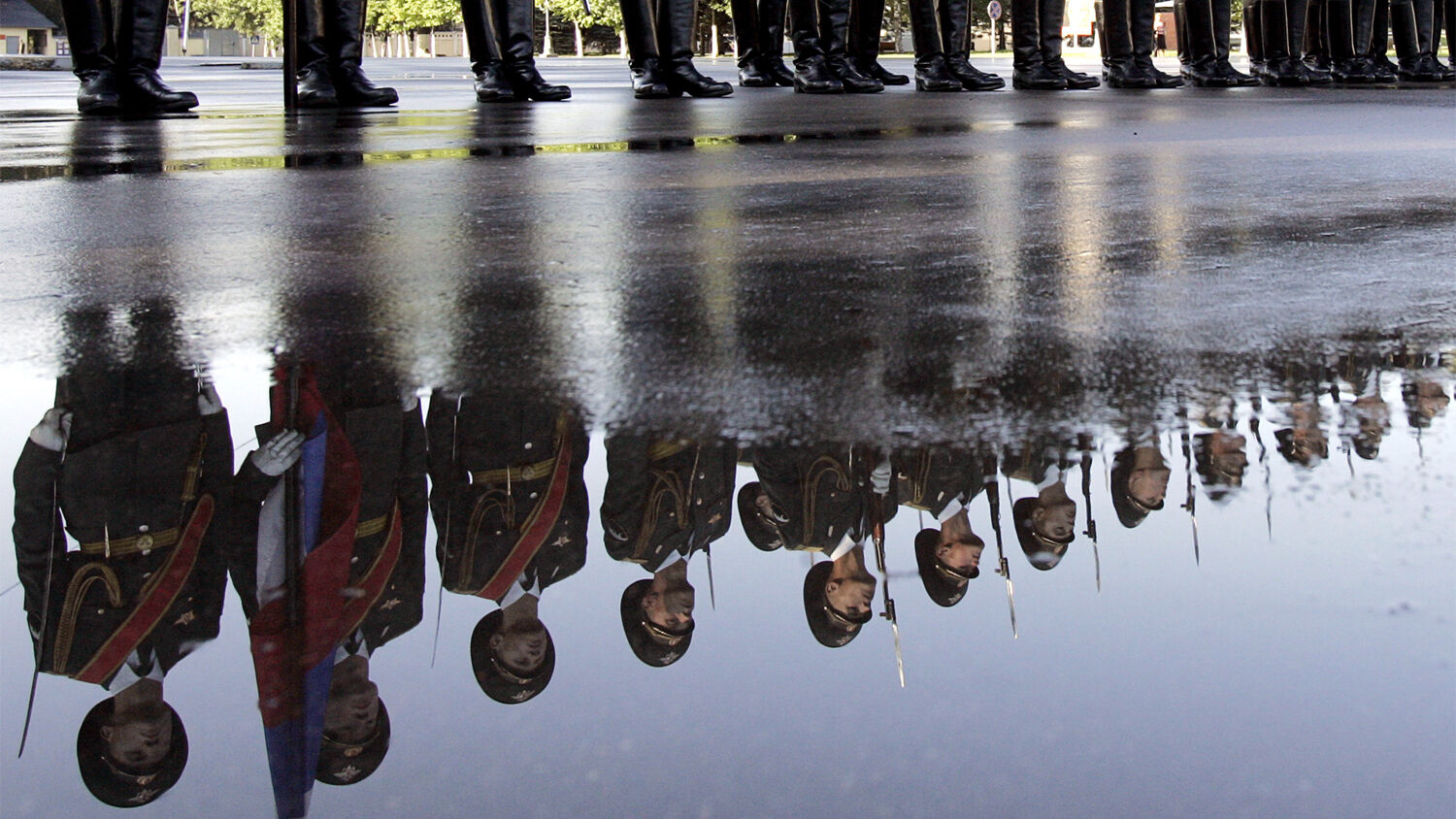 ‘The time will show how it will develop.’

Russian President Vladimir Putin said on October 22 that it is possible Russia and China will forge an official military alliance.

During a meeting of the Valdai Discussion Club, a Russian international affairs organization, Putin was asked whether he and his Chinese counterpart Xi Jinping might elevate the relationship between their two countries to an official military union. He answered:

It is possible to imagine anything. We have always believed that our relations have reached such a level of cooperation and trust that it is not necessary, but it is certainly imaginable, in theory. …

Undoubtedly, cooperation between Russia and China is boosting the defense potential of the Chinese People’s Army, which is in the interests of Russia as well as China. Time will tell how it will progress from here. So far, we have not set that goal for ourselves. But, in principle, we are not going to rule it out, either. So, we will see.

The next day in China, Foreign Ministry spokesperson Zhao Lijian spoke about the Russia-China relationship and welcomed Putin’s remarks: “Under the strategic guidance of President Xi and President Putin, mutual political trust and strategic coordination between the two countries has been enhanced.”

He continued: “China noted President Putin’s positive remarks on China-Russia relations at the annual meetings of the Valdai Discussion Club in recent years, which demonstrates the high level and specialty of our bilateral ties.” Zhao added that there is “no limit” to how deep the ties between the two may end up going.

He continued by praising the resiliency of the Russia-China camaraderie:

Our relationship has withstood the test of the changing international landscape and set a fine example of developing a new type of relations between major countries. China is ready to work with Russia to comprehensively implement our leaders’ consensus, enrich the strategic essence of bilateral relations, contribute to common development and revitalization, conduct closer strategic communication and coordination, and inject more positive energy into world peace and stability.

In light of the progress Russia and China have made in recent years in boosting all realms of cooperation and the apparent willingness on both sides to keep drawing nearer, developing a full military alliance would not be difficult to accomplish. In some key ways, such an alliance would be the logical outcome of a trend that has defined the Russia-China relationship for more than 15 years.

The relationship between them did not begin to warm until the end of the Cold War, but since 2003, they have held more than 30 joint military exercises. This is a stunning number of joint drills, which often allow personnel from one nation’s forces insight into highly secretive aspects of the other side’s command and control, technological knowhow and more.

Also significant is that China has become Russia’s weapons industry’s biggest and most reliable customer. And as Zhao noted, a close personal relationship continues to flourish between Putin and Xi.

The Trumpet monitors and reports on strengthening Russia-China ties because Bible prophecy foretells a multinational Asian power bloc will be formed in the end time, referred to in Revelation 16:12 as “the kings of the east.” The Scriptures say this Asian confederation will play a major role in a nuclear World War iii.

Trumpet editor in chief Gerald Flurry has said that Russia and China will be at the helm of this bloc and are already fulfilling the early stages of these prophecies. In 2014, after China backed Russia’s unlawful annexation of Ukrainian territory, Mr. Flurry said the support was “a stunning fulfillment of a biblical prophecy!”

To understand more about the numerous Bible passages that discuss this Asian confederation and its role in end-time affairs, order your free copy of Russia and China in Prophecy.