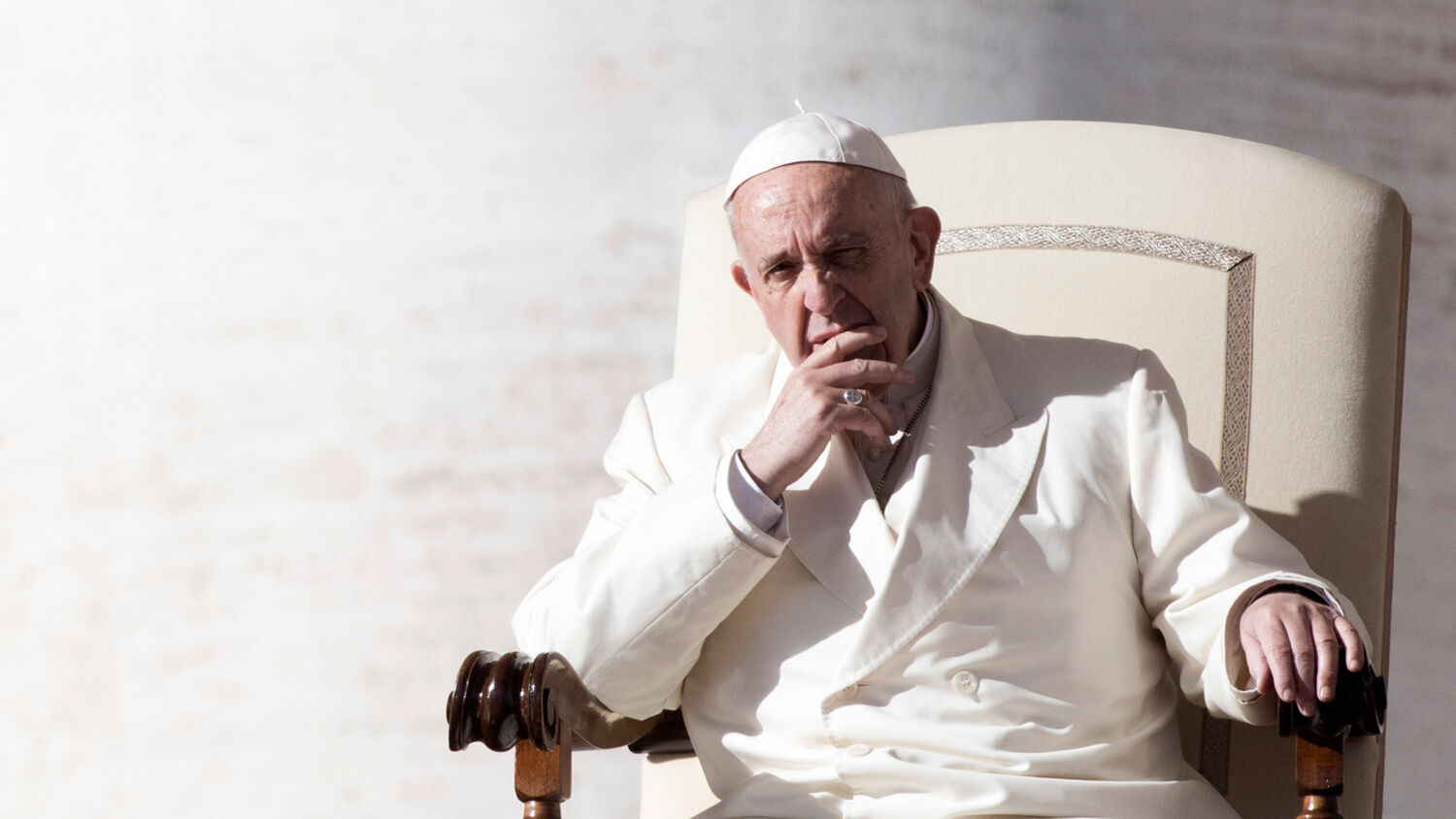 The Vatican is using a Rothschild initiative to reform capitalism.

Big business may have finally found religion. On December 8, an alliance of finance chiefs announced the launch of the Council for Inclusive Capitalism With the Vatican. This organization is a coalition of Fortune 500 companies affiliated with the Roman Catholic Church and operating under the guidance of Pope Francis and Cardinal Peter Turkson.

The stated goal of the Council for Inclusive Capitalism With the Vatican is “to build a fairer, more inclusive, and sustainable economic foundation for the world” via environmental, social, and corporate governance. Yet the pope’s latest encyclical, Fratelli Tutti, is a scathing rebuke of free-market capitalism. So, the true purpose of the organization is to push for a centrally planned economy—with the Vatican doing the central planning.

The council is led by a core group of 27 leaders known as the Guardians for Inclusive Capitalism. The guardians include the ceos of Mastercard, Visa and Bank of America; the presidents of the Ford Foundation and the Rockefeller Foundation; and many others. Together, the council represents 200 million employees in 163 countries and has $2.1 trillion in market capitalization. If the Council for Inclusive Capitalism With the Vatican were a nation, its market value would be more than the market value of the United Kingdom, but not quite as much as the market value of France.

The guardians will meet annually with Francis and Turkson to receive guidance on how to reform capitalism. “An economic system that is fair, trustworthy, and capable of addressing the most profound challenges facing humanity and our planet is urgently needed,” the pope said at their inaugural meeting. “You have taken up the challenge by seeking ways to make capitalism become a more inclusive instrument for integral human well-being.”

Lady Lynn Forester de Rothschild is one of the Guardians for Inclusive Capitalism. She is the founder and managing partner for the Council for Inclusive Capitalism With the Vatican. Lady Rothschild is a member of the United States Democratic Party. She married Sir Evelyn Robert de Rothschild, a British financier, shortly after being introduced to him by Henry Kissinger at a 1998 Bilderberg Group conference in Scotland. The couple is friends with Bill and Hillary Clinton, who invited the Rothschilds to honeymoon at the White House.

Like the Clintons and Rothschilds, Pope Francis espouses an economic philosophy often called state capitalism, but which used to be called corporatism. While pure socialism is direct government control with no intermediaries, corporatism allows private enterprise but manages it via connected swathes of the economy called corporations.

Grieved by what he saw as the twin evils of capitalism and communism, Pope Leo xiii penned an encyclical, Revum Novarum, in 1891 describing Catholic corporatism. Its premise was that equality is a cruel illusion; people are happiest when placed in a hierarchy guided by the Roman Catholic Church. Competition is spiritually demeaning. Therefore business, labor and the state must work together in corporations. These corporations control the economy by setting quotas, prices and wages. They regulate individual behavior to protect the social order and supposedly provide a just standard of living for all. Abuses of power would allegedly be prevented by the moral guidance and advice of a Roman Catholic elite.

Randall Morck and Bernard Yeung summarize corporatism in a Capitalism and Society article titled “Corporatism and the Ghost of the Third Way.” “The church safeguards souls, and must retain power over all matters it judges necessary to this end, but should leave other matters to the prince,” they wrote. “The prince retains power he deems necessary for governing his realm, but other matters subside to the corporations. These retain powers they deem necessary to setting their just wages, prices and quotas, but other matters subside to the industrialists. Industrialists retain such powers as they need to govern their businesses, but details subside to shop foremen. These charge master tradesmen with task, but leave them to get on with it, and so on down to the lowest worker—who is still master in his house, and due unquestioning obedience from his wife and children.”

This system is basically Industrial Age feudalism, but it is the system the Council for Inclusive Capitalism With the Vatican is trying to set up. The guardians regulate “just wages, prices and quotas,” but under the overall guidance of the pope and the Prefect of the Dicastery for the Promotion of Integral Human Development. To understand how this system will ultimately work, look no further than Communist China.

Even though China is an atheist state with a rocky relationship with the Catholic Church, the chancellor of the Pontifical Academy of Social Sciences has praised Communist China as the world’s “best implementer of Catholic social doctrine.” That is because ever since its economic liberalization reforms in the 1970s, China has become a mixed economy that uses parts of both Communist and capitalist theory. The politburo allows private enterprise but manages it in a similar way to what Pope Leo xiii described in his ecumenical.

Today, the Catholic Church has negotiated a secret concordat with China that gives the avowedly atheist regime a direct role in appointing Catholic bishops. It has done this in the hope that the deal will pave the way for full diplomatic relations between the Vatican and the politburo of the Chinese Communist Party. Together, these two power centers could put a lot of pressure on Europe and the United States to reform capitalism.

Philadelphia Trumpet editor in chief Gerald Flurry wrote in “Why Bill Clinton Got the Charlemagne Prize,” that many “British and American leaders have actually helped build a modern resurrection of the Holy Roman Empire.” When he was the president of the United States, Clinton wanted to build up a power in Europe and was the one who gave Germany the American firepower to conquer the Balkan states. And many of Bill and Hillary Clinton’s contacts in the Bilderberg Group and other trans-Atlantic organizations are working with the Vatican to reform American capitalism into something more like China’s mixed economy.

The Council for Inclusive Capitalism, the China concordat and the pope’s meddling in American politics all have a common theme: They are bids to restore the Holy Roman Empire!

Many prophecies reveal what this church will do in the time just ahead of us.

In Isaiah 47, for example, God calls this church the “daughter of Babylon” and the “lady of kingdoms.” Verse 6 of this chapter prophesies that God will deliver His people—speaking of the modern-day nations descended from ancient Israel, more specifically the United States and Britain—over to this “lady of kingdoms” because of their many sins.

Catholic leaders are making economic and political deals around the world to blot out free-market capitalism and its primary defender—the United States of America. If the pope can bring America’s enemies—foreign and domestic—into an economic alliance against the U.S., people will learn what it means to be victims of the Holy Roman Empire!

To learn what the Bible prophesies concerning the Vatican’s concordats with “the kings of the earth,” please read Who or What Is the Prophetic Beast?, by Herbert W. Armstrong.