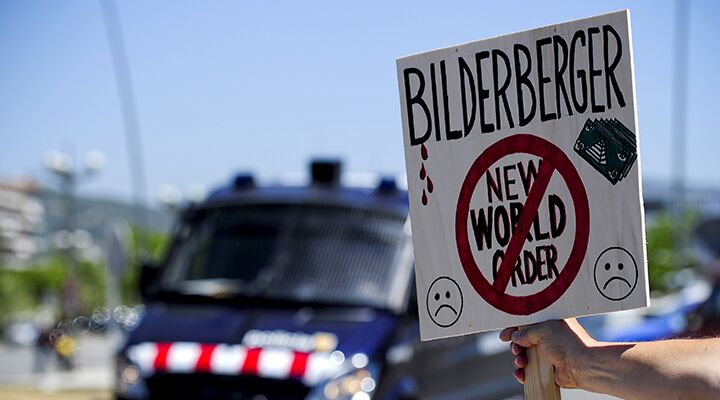 While the Bilderberg Group may not be the world shadow government of conspiracy theorist lore, it is still one of the most influential groups in the world.

A secretive group of top politicians, bankers and businessmen convened today for their 64th annual conference. Since its inaugural meeting in May 1954, the Bilderberg Group has been an annual forum that allows a select group of leaders from across Europe and North America to discuss important issues away from the eyes and ears of the press.

According to the group’s official website: “Every year, between 120-150 political leaders and experts from industry, finance, academia and the media are invited to take part in the meeting.”

This year’s meeting will convene from June 9-12 in Dresden, Germany. According to a press release, topics for discussion will include: Europe’s migrant crisis, American politics, cyber security, energy geopolitics and the predicament of the middle class. It’s been speculated that Britain’s June 23 referendum on EU membership will be a topic at this year’s meeting.

The chairman of Bilderberg 2016 will be French count and insurance tycoon Henri de Castries, who likes to spend his weekends at his castle in Anjou.

The meetings are held under the Chatham House Rule, meaning participants are free to use the information received, but neither the identity nor the affiliation of the speaker may be revealed.

“With so many politicians present, including three members of the German cabinet, the German military has been drafted in to oversee security,” reports the Guardian newspaper.

Due to the secrecy surrounding Bilderberg discussions, the conference has become a popular target of conspiracy theorists. The Internet is full of blogs detailing how Bilderberg members are in league with the Illuminati, the Freemasons and/or a secret cabal of shape-shifting lizards founded by the sorceress Semiramis.

Despite the conspiracies, it’s an established fact that the Bilderberg Group was cofounded by two controversial figures: Prince Bernhard of the Netherlands and Polish political adviser Józef Retinger.

Prince Bernhard, the former German prince of Lippe-Biesterfeld, was an SS Intelligence officer attached to the Nazis’ main industrial supporter, I.G. Farben. The prince was also a member of the Nazi Party until 1934, when he resigned and married Princess Juliana, the future queen of the Netherlands.

Józef Retinger was thought to be an agent of the Vatican. According to British political commentator Rodney Atkinson, he was expelled from the Allied countries during World War i on suspicion of helping the superior-general of the Jesuits, Wlodimir Ledóchowski, plot the creation of a Central Europe Catholic federation. Retinger founded the European Movement in 1947, leading to the establishment of the Council of Europe in 1949.

Prince Bernhard and Józef Retinger teamed up to found the Bilderberg Group primarily to drum up transatlantic support for the idea of a United States of Europe. Richard J. Aldrich, professor of international security at the University of Warwick, revealed in 1997 that the three organizations most responsible for the modern-day European Union are: the Bilderberg Group, Retinger’s European Movement and Jean Monnet’s Action Committee for a United States of Europe.

Belgian viscount and former Bilderberg Chairman Étienne Davignon bragged that the Bilderberg Group helped create the euro in the 1990s. Then Belgian Prime Minister Herman Van Rompuy was promoted as a candidate for the first president of the European Council at a dinner hosted by the Bilderbergs in 2009.

While the Bilderberg Group may not be the world shadow government of conspiracy lore; it’s still one of the most influential groups in the world. Set up primarily to benefit transatlantic megacorporations, such as Rockefeller’s Standard Oil and former Nazi industrial giant I.G. Farben, the Bilderberg Group is an enemy to democracy and the concept of the sovereign nation state.

“[T]his group is not a tight-knit group of conspirators setting out to destroy nations,” explained Rodney Atkinson in a 2001 interview with the Trumpet’s editor in chief Gerald Flurry and the late Trumpet columnist Ron Fraser. “They’re the kind of people selected on the basis that they might say yes to international supernational corporatism, which is the foundation, of course, of the modern European Union…”

While many Bilderberg supporters have legitimate concerns about the need for a transatlantic alliance to counter the rise of Russia and China, Bible prophecy reveals that America’s love affair with the European Union will end badly.

Tragically, America is responsible for creating many of the globalist movements that threaten it today—and nowhere is that more true than in Europe. The Trumpet has long reported on how the U.S. government cooperated with the Catholic Church and former members of the Nazi Party to build a European superstate capable of helping Washington oppose the Soviet Union.

Instead of trusting God and striving to obey His law, the people of Britain and America have trusted in nations that will turn out to be enemies. Building up the European Union and Germany will prove to be one of the most foolish decisions these nations have made.

The Bible foretells of a corporatist empire that will straddle the Atlantic Ocean in the time just before Jesus Christ’s return. This resurrected Holy Roman Empire will be led by Germany and the Vatican, and it will cause the “merchants of the earth” to wax “rich through the abundance of her delicacies.”

Like the Nazi industrialists of Hitler’s era, these merchants will profit from trading in a very valuable commodity—the lives of men (Revelation 18:3-13). Neither America nor Britain will join this empire willingly. Instead, both nations will be forcibly annexed into this German-led empire via a blitzkrieg-style invasion.

For more on what the Bible says about this transatlantic empire, read The Holy Roman Empire in Prophecy by Brad Macdonald.