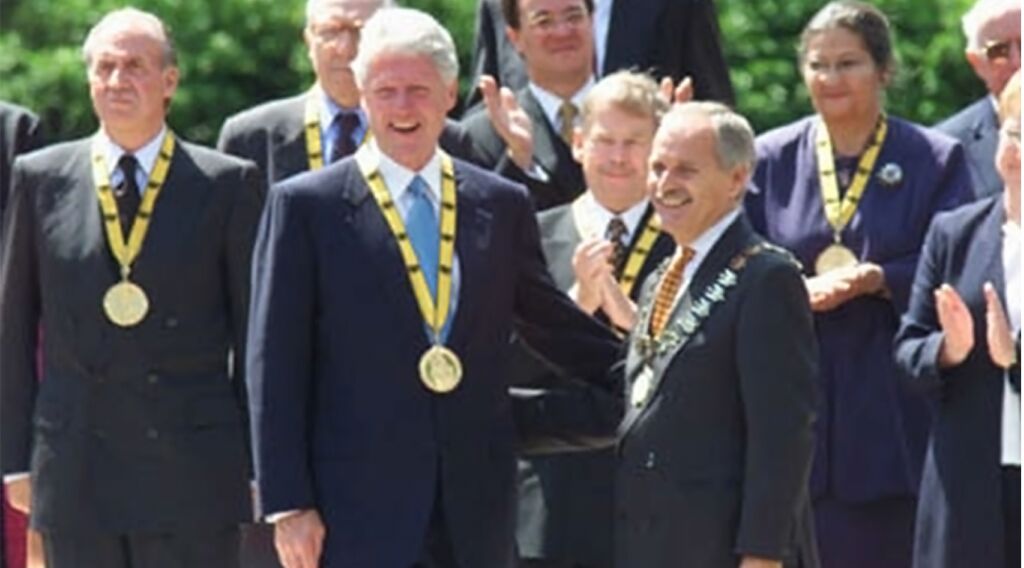 British and American leaders have actually helped build a modern resurrection of the Holy Roman Empire.

Former United States President Bill Clinton did so much to help Europe unify that in 2000, he received an award for doing so. The name of that prize was the Charlemagne Prize. President Clinton wanted to build up a power in Europe. In fact, he was the one who gave Germany the American firepower to conquer the Balkan states.

Croatia and Slovenia tried to break away from Yugoslavia in 1991. The whole world was against that, because everyone knew it would cause terrible bloodshed. But Germany supported these two states, states that were closely allied with the Nazis in World War ii. Croatia and Slovenia committed some of the most horrific crimes anywhere in the world during that war—not even a lifetime ago! These two countries ran some of the most obscene extermination camps in history. Yet, a short 46 years later, Germany recognized their independence from Yugoslavia.

Immediately after Germany recognized Croatia and Slovenia, the pope also recognized them, because they are Catholic. Soon after this, the U.S., United Nations, European community and the rest of the world caved in and recognized them as well. Then the U.S. and nato actually conquered the Balkans for Germany.

Through these events, Germany conquered not only Croatia and Slovenia but ultimately the whole Yugoslav republic and Albania as well.

Why would Germany want the Balkans? The peninsula gives it access to the Mediterranean Sea! That is of huge strategic importance! It is part of its strategy to build a reich! Germany has bold, huge ambitions!

Germany started World War i and World War ii—wars that caused the deaths of at least 75 million people. And yet, when it stretched out its tentacles to grab the Balkans to start rebuilding its empire, the world just caved in. That shows a shameful disregard for history!

But Germany’s empire building did not stop there. More recently, the Germans have made some deals behind the scenes with Russia. Russia is gobbling up Ukraine and a few other Eastern European states. No one is willing to send Ukraine any defensive weapons even as Russia blasts the country. After the Cold War, the U.S. specifically promised that if Ukraine gave up its nuclear weapons, we would defend it. The Ukrainians kept their part of the agreement. The Americans have not kept theirs. America won’t help Ukraine, and neither will Germany.

The Germans have empire on their mind. If they will allow Russia to expand into Ukraine, Russia will allow them to expand some of their interests. The Holy Roman Empire is interested in ruling the world.