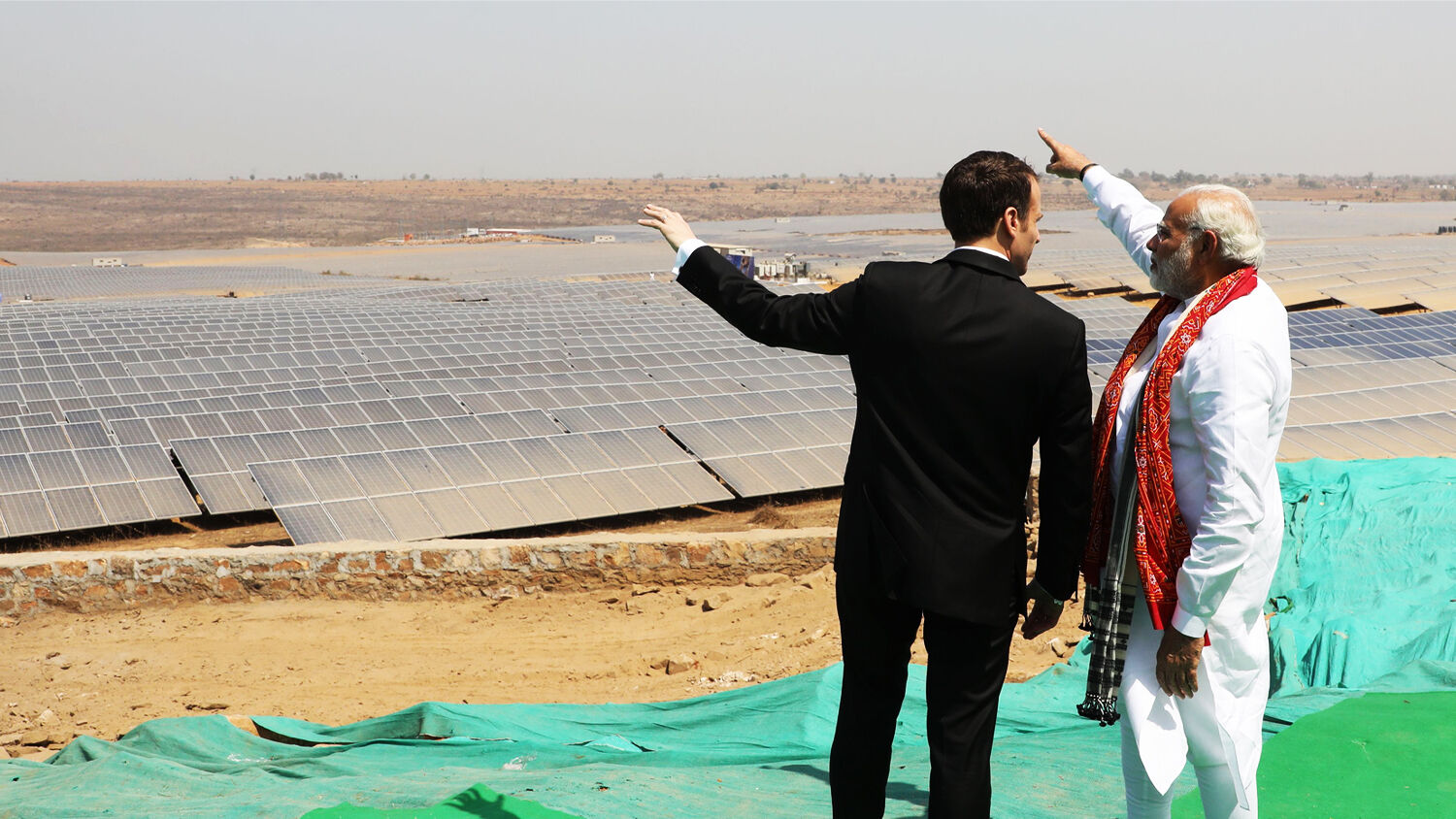 As trust in China’s One Belt, One Road initiative falters, India might have an alternative to connect Asia and Africa to Europe.

India announced on June 9 that it would forge ahead with its One Sun, One World, One Grid renewable energy project. The plan is seen as one that will provide much needed economic relief in a post-covid-19 world, while also giving India a leading role in global strategies.

Indian Prime Minister Narendra Modi has fostered regional energy trade in South Asia, with a neighborhood-first power supply policy. India currently supplies energy to Bangladesh and Nepal and has been working on a power grid for the entire region.

It is now interested in vastly expanding that reach by helping power Africa as part of its goal of global interconnection. This would open the door for greater economic interaction and cooperation.

According to the proposal inviting consultants to implement this vision, the main reason for such an interconnected grid is the massive “economic benefits” that would “positively impact poverty alleviation and support in mitigating water, sanitation, food and other socioeconomic challenges.”

India is seeking as many participants as possible in the plan. It is beginning by leveraging the International Solar Alliance, an India-founded initiative focused on solar power utilization. With 121 members—from Australia, China and France to Ghana, the Netherlands and the United Kingdom—this group can be an impactful springboard from which to launch the global power grid.

The first two phases of the grid involve connecting Asia and then Africa. The final phase is about global interconnection—that means building bridges connecting Asia with Europe.

The entire motive of One Sun, One World, One Grid is to tackle climate change by turning to solar energy. The issue of climate change is high on Europe’s agenda, so it will likely view this plan favorably. After all, one of the main reasons behind the rift between Europe and the United States is President Donald Trump’s decision to pull out of the Paris climate accords.

China’s Belt and Road Initiative, the cornerstone of Chinese President Xi Jinping’s foreign policy, has been touted as the main means by which Asia, Africa and Europe would be connected via land and water. It is aimed at stimulating trade, economic growth and regional integration through infrastructure development.

However, confidence in the initiative is waning.

Having been embraced by the entire world when it was introduced in 2014, the Belt and Road Initiative is “still a blurred vision in need of a comprehensive and coherent implementation strategy,” says Plamen Tonchev of Greece’s Institute of International Relations.

To be sure, there have been high points: Chinese factories constructed in countries like Vietnam and Indonesia, the takeover and transformation of Greece’s struggling Piraeus Port into the Mediterranean’s second-largest port, and the development of the profitable Asia-Europe freight train network.

Hundreds of billions of dollars have gone into Xi’s vision. But the successes of the initiative have been outweighed by its failures. In several cases, China has invested billions into a construction project only for it to be sent back to the drawing board, leaving half-built construction sites in countries like Pakistan, Myanmar, Sierra Leone, Sri Lanka, Malaysia and Djibouti.

Additionally, many of these countries are growing increasingly skeptical of China’s debt-trap investment. This has been exacerbated by the coronavirus pandemic, which has left many developing countries in even worse positions to repay their debt.

So countries are looking for alternatives. Many experts believe that India’s global power grid is direct competition of the Belt and Road Initiative. But there are several Asian initiatives with a similar goal of global economic integration.

Japan and India’s Asia-Africa Growth Corridor is the maritime alternative to China’s Silk Road. It aims at connecting ports in India with those in Mombasa and Zanzibar. The initiative is aimed at building “robust institutional, industrial and transport infrastructure in growth poles among countries in Asia and Africa.”

Significant money has been poured into the project. Japanese Prime Minister Shinzō Abe has pledged to shepherd $30 billion in public and private funds to Africa over the next three years. This is in addition to 2013’s $32 billion committed over five years.

And so, India has its massive global grid plan. It also has a project with Japan. Russia, India and Turkey also have similar projects aimed at global economic integration. Even Kazakhstan has its own infrastructure plans. Across Asia, there are tri-phase plans to connect Asia and then Africa and ultimately Europe.

While on the surface this appears to be competition within Asia, it actually reveals that even if China’s Belt and Road Initiative ultimately fails, there are several projects in progress and in the planning stages that can fulfill its ultimate goal: global economic integration.

The plans being drafted by all these Eurasian countries have one notable exclusion: the United States.

This is key because it points toward the fulfillment of a specific Bible prophecy.

Europe is prophesied to unite under Germany in a superpower called “the king of the north.” At the same time, China, India, Japan and other Asian nations are prophesied to be allied together under Russian leadership as “the kings of the east” (for proof, request our free booklet Russia and China in Prophecy).

In Isaiah’s End-Time Vision, Trumpet editor in chief Gerald Flurry writes that in the end time there will be “a brief alliance between the German-led [Europe] and certain Asian powers … possessing the key resources and strategic holdings of China,” which would have the power and influence to economically besiege the United States.

He bases that prediction on Bible prophecy. Isaiah 23 describes Chittim (China), Tarshish (Japan) and Tyre (German-led Europe) having an interdependent economic alliance called “the mart of nations.” This trade bloc will have a monopoly over all trade routes and deals across the world and will freeze out the U.S. in an “economic siege.”

In recent years, the European Union’s economic powerhouse overtook the U.S. and Japan to become China’s biggest trading partner. China and Europe have undertaken myriad joint ventures, including the Galileo global satellite system, which is a direct challenge to American’s gps monopoly in space. Europe and China are also cooperating in nuclear research, motivated in part by the desire to form a strategic alliance as a counterweight to Washington’s nuclear power.

In May 2010, then European Parliament President Jerzy Buzek, noting China’s rapidly growing role in the global economy, said Europe wanted to collaborate with China in addressing global problems. ‘’One tree is not enough to build a temple. We need multilateral governance—we need China as a strong partner,” the Polish politician said.

The relationship we see developing between the “king of the north” and the “kings of the east” is exactly what Isaiah prophesied over 2,700 years ago!

Bible prophecy is being fulfilled before our eyes. To fully understand where it is leading, and to prove it for yourself, please request your free copy of Isaiah’s End-Time Vision, by Gerald Flurry.