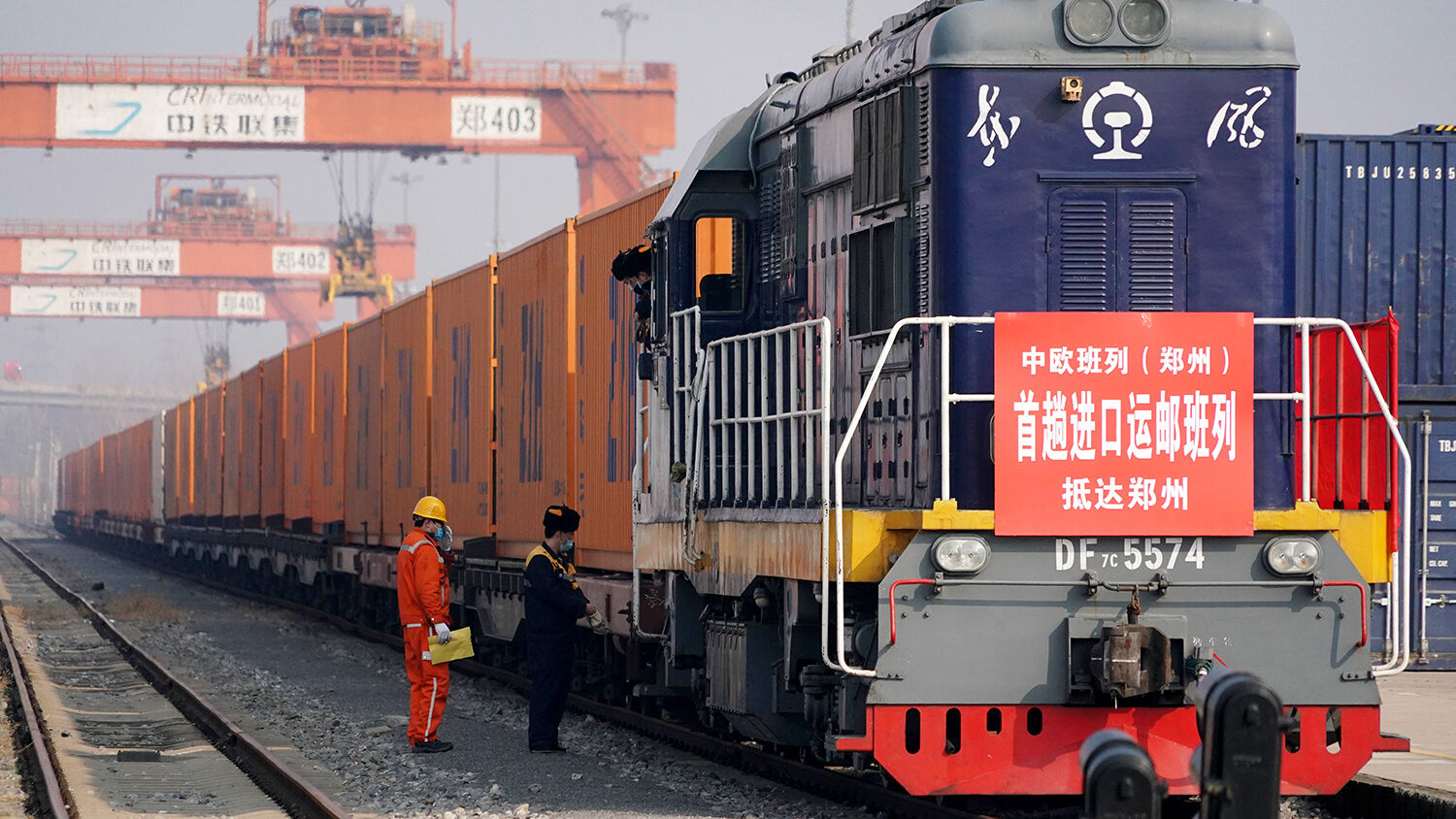 ‘The stable operation of China-Europe cargo trains has remained a reliable transportation channel connecting China, Europe and countries involved in the Belt and Road Initiative.’

Freight train traffic between China and Europe hit a record high in April despite covid-19 slamming the brakes on much global trade, highlighting the increasing resiliency of China-Europe commerce.

Representatives from the China State Railway Group told China Daily on May 2 that 979 trains crossed the thousands of miles between China and Europe during April. This represents a 46 percent increase over last April’s cargo train traffic.

Each train hauled an average of 90 teus, or 20-foot-equivalent units of cargo, marking a 50 percent increase over the April 2019 figure.

Broadening the view to look at January to April, the same trend is clear: A total of 2,920 trains hauled cargo between China and Europe during those months, representing a 24 percent increase over the same time period last year.

Significantly, these increases occurred while covid-19 and the reaction to it derailed economic activity around the world: Supply chains have been broken, debt of all kinds has soared, production has plummeted, and many industries have slowed to a crawl or stopped altogether. Yet cargo trains are making the journey between China and Europe in record numbers, and hauling record amounts of freight.

The trade’s resiliency stems largely from the fact that much of the cargo is comprised of medical supplies such as ventilators, test kits and masks that China is freighting into European nations such as Germany, Spain, the Czech Republic and Italy. Chinese leader Xi Jinping said China’s sales of medical equipment to Europe builds a “Health Silk Road” that parallels his signature project the Belt and Road Initiative (bri).

The bri is intended to re-create the ancient Silk Road—a network of routes that enabled the flow of goods and ideas across Asia, the Middle East, Africa and Europe. Since early in his presidency, Xi has worked to persuade countries in those regions to cooperate with China to build rail lines, roads, bridges and ports that reconstruct and greatly expand upon those ancient routes. It is all for the purpose of more strongly linking the rest of the world to China, and ultimately reshaping the international system in a way that positions China at its center.

The bri has faced obstacles, delays and disruptions, including pushback from nations that blame the Chinese Communist Party for unleashing the coronavirus on the world. But the record rail traffic between China and Europe shows that since much bri infrastructure is now firmly in place, many of China’s goals for the project are already being accomplished.

A China State Railway Group representative said: “The stable operation of China-Europe cargo trains has remained a reliable transportation channel connecting China, Europe and countries involved in the Belt and Road Initiative, displaying its strategic value of ensuring the international supply chain amid the escalating situation of the novel coronavirus outbreak worldwide.”

The increasing resiliency of trade between China and Europe, thanks largely to bri progress, takes on extraordinary significance when viewed through the lens of Bible prophecy. More than 2,500 years ago, God inspired the Prophet Isaiah to write about a globe-girdling, anti-American trade bloc that would be formed in our lifetime. Isaiah 23:3 describes it as a “mart of nations.”

Verse 1 names “Chittim” as one of the head countries in this conglomerate. Trumpet editor in chief Gerald Flurry discusses this name in his booklet Isaiah’s End-Time Vision, writing: “Kittim is synonymous with the Chittim of Isaiah’s prophecy. After their migration through Central Asia, the Kittim made their appearance in modern-day northeastern China and Mongolia under the name of Khitan in the fourth century a.d.”

Isaiah goes on to say that “Tyre” will also be a lead power in this mart of nations. Mr. Flurry explains that this city represents modern Europe’s “commercial center.” He writes: “The spiritual center of the [modern European] Holy Roman Empire is called Babylon in your Bible (Revelation 17:5; 18:1-3). But here in Isaiah, the Bible refers to Tyre (and its allies Zidon, etc) as the commercial center of this European power. By understanding the spiritual and the commercial powers, you can understand what a colossus is rising in Europe.”

A related passage in Ezekiel 27 also lists “Meshech” and “Tarshish,” ancient names indicating modern Russia and Japan, showing that they too will be part of this enormous trade bloc.

The Scriptures show that connections between these Asian and European nations will continue to deepen and strengthen in the years ahead, and that these nations will all turn more radically against the U.S. and some of its allies.

Mr. Flurry examines these passages alongside Deuteronomy 28:52 and discusses how this mart will wield its power. “The Bible contains many prophecies of that European power attacking America—and many other prophecies of America being besieged,” Mr. Flurry writes. “China and the giants of Asia” will enter into a “brief alliance” with the German-led European bloc, and together they are “going to besiege America, Britain and the Jewish nation.”

This shows that chaotic times are rapidly approaching. But the Scriptures show that the chaos will not endure for long, and will be immediately followed by the most tranquil era in mankind’s history. Mr. Flurry writes: “[W]hat a dynamic market of nations it is. … But that trading partnership won’t last long. Soon they will clash, just before Jesus Christ returns and destroys both of them” (ibid).

To understand the significance of the increasing resiliency of China-Europe trade and how it connects to Christ’s return, order your free copy of Mr. Flurry’s booklet Isaiah’s End-Time Vision.