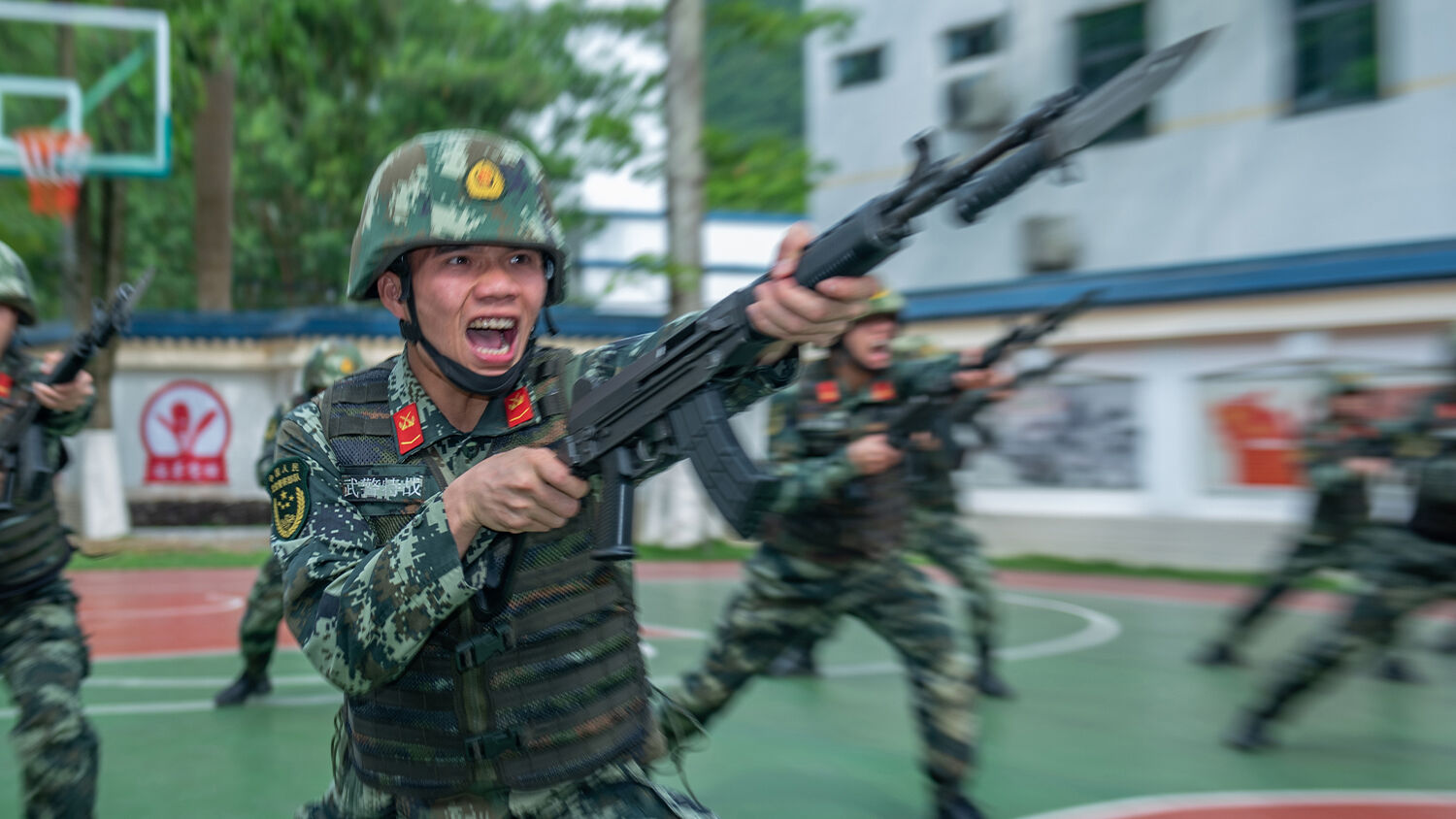 However, China is urging patience—and playing the long game.

Nationalist sentiment is rising in China. Social media commentator and retired military commanders are urging Beijing to reunify Taiwan with mainland China—by force if need be. According to the South China Morning Post, the sentiments is to strike while the iron is hot, taking advantage of the coronavirus pandemic by invading Taiwan.

The main argument is that now is the best time because the United States Navy is incapacitated. While America maintains a sizable presence in the Pacific, it is currently unable to exert any of its usual influence because all four of its deployed aircraft carriers have been affected by coronavirus.

Beihang University associate professor Tian Feilong is calling for the government to use force to gain control over Taiwan, arguing that the “one country, two systems model” has failed. These sentiments are echoed by several voices across social media, arguing that now is the time to bring about reunification.

Jin Canron, professor at Renmin University, said that he now believes that perhaps “the goal of the unification would be achieved ahead of” the 2050 mark given by President Xi Jinping. Chinese scholar Sima Nan wrote on Weibo, commonly referred to as the Chinese Twitter, “Our preparation work is more solid and more detailed than before. The U.S. side’s Taiwan separatists are asking for a military unification.”

The entire topic of forcefully seizing Taiwan has attracted about 750 million views on Chinese social media, according to the Times. After advocating for such an approach, one civilian account on Weibo gained over half a million followers.

After the Chinese Communists won the civil war in 1949, they drove the opposing nationalists off the mainland to the island of Taiwan. The remaining Communists proclaimed the new country the People’s Republic of China, while the nationalists established Taiwan.

They both recognize that they are one people and are all Chinese. But they have separately run governments, ergo “one country, two systems.”

The People’s Republic of China, however, has the larger population, the greater economy and the vastly superior military force. It is no surprise, then, that the Chinese people appear to be clamoring for an invasion of Taiwan, and they recognize that China would be able to dispatch the Taiwanese forces quickly if it so wished.

But Beijing has argued through state media that while reunification with Taiwan is desired, now is not the right time. Hu Xijin, editor in chief of the state-run Global Times, wrote that it would be easy for China to conquer Taiwan, but not while America is still in the picture. Retired Maj. Gen. Qiao Liang warned that it would be “too costly and risky” because China would not be able to match the U.S. economically or militarily were it to decide to retaliate.

Indeed, America’s support of Taiwan over the last six decades is the main reason China hasn’t invaded the island already.

Official U.S. policy is that any use of “force or other forms of coercion that would jeopardize the security, or the social or economic system, of the people on Taiwan” would require the U.S. to “make available to Taiwan such defense articles and defense services in such quantity as may be necessary to enable Taiwan to maintain a sufficient self-defense capability.”

Presently, the U.S. is militarily and economically superior to China. Its backing of Taiwan makes the failure of a Chinese invasion a near certainty. Therefore, China is playing the long game, which seems to mean slowly but surely reducing those deficits to the United States. As Xijin argued, it would only be possible for China to take over Taiwan once it was the dominant naval power in the Pacific and had overtaken America as the world’s strongest economy.

On the economic front, China has been threatening to sell U.S. debt bonds, which would seriously jeopardize the U.S. dollar’s position as the world’s reserve currency. Such an action “could trigger a crash in the U.S. dollar and financial markets by flooding the market with U.S. treasuries for sale, which would push down U.S. bond prices and cause yields to spike,” wrote the South China Morning Post.

In addition, China’s diligent nuclear strategy seems to be putting it on a path to ultimately overtake the U.S. and neutralize any advantage it currently holds. Paul Bracken wrote for the Hill:

China was “born” into a threatening nuclear world that it didn’t control. Beijing had to play in the nuclear big leagues with two superpowers when China was neither nuclear nor a superpower. It had no technology to deal with its immediate enemy, the United States. …

In the 1958 Taiwan crisis, China had to back down in the face of U.S. threats. [Today] China no longer is a rising power with around 20 icbms, a minimum deterrent. The days of looking at it as a “simple” missile exchange are long gone.

Over recent years, China’s military has developed, not necessarily to match America’s, but to neutralize it. Beijing is working to develop weapons that nullify America’s big guns, the means to disable all satellites and communications, and the will to challenge America on the global stage.

According to Christian Brose, former staff director of the Senate Armed Services Committee, America is no longer as far ahead of China as it once was. And as China continues to work toward closing the gap, any confrontation between the two could potentially see U.S. forces essentially “rendered deaf, dumb and blind.”

While China is still unable to do this for now, its willful intent is clear for all to see. In recent months, it has been conducting more and more overt military drills near Taiwan, conducting illegal nuclear weapons tests, and making military advances in Southeast Asia under the cover of coronavirus.

China wants to reclaim Taiwan. For years, we have written at the Trumpet that it will do so. And while the nationalist fervor building in China shows increasing public support for the government’s ambition, Beijing’s cool response shows that it has a meticulous strategy to bring this about.

As China builds up its power, it is prophesied that America will be unable to use its own. God warned the nations of Israel—primarily the U.S. and Britain, today (for proof, read The United States and Britain in Prophecy)—that if they disobeyed His commandments, He would break the pride of their power (Leviticus 26:19). Historically an ally of Taiwan, the U.S. will not be able to defend it from China when it decides to launch that invasion.

In his 1998 article “Taiwan Betrayal,” Trumpet editor in chief Gerald Flurry wrote, “How could anyone fail to see that Taiwan is destined to become a part of mainland China?” This population of nearly 24 million people will “be forced into the Chinese mold; and it is going to happen for one reason: because of a pitifully weak-willed America.”

To fully understand what China is doing, and what the Bible has to say about it, read Mr. Flurry’s article “Taiwan Betrayal” and request your free copy of Russia and China in Prophecy.