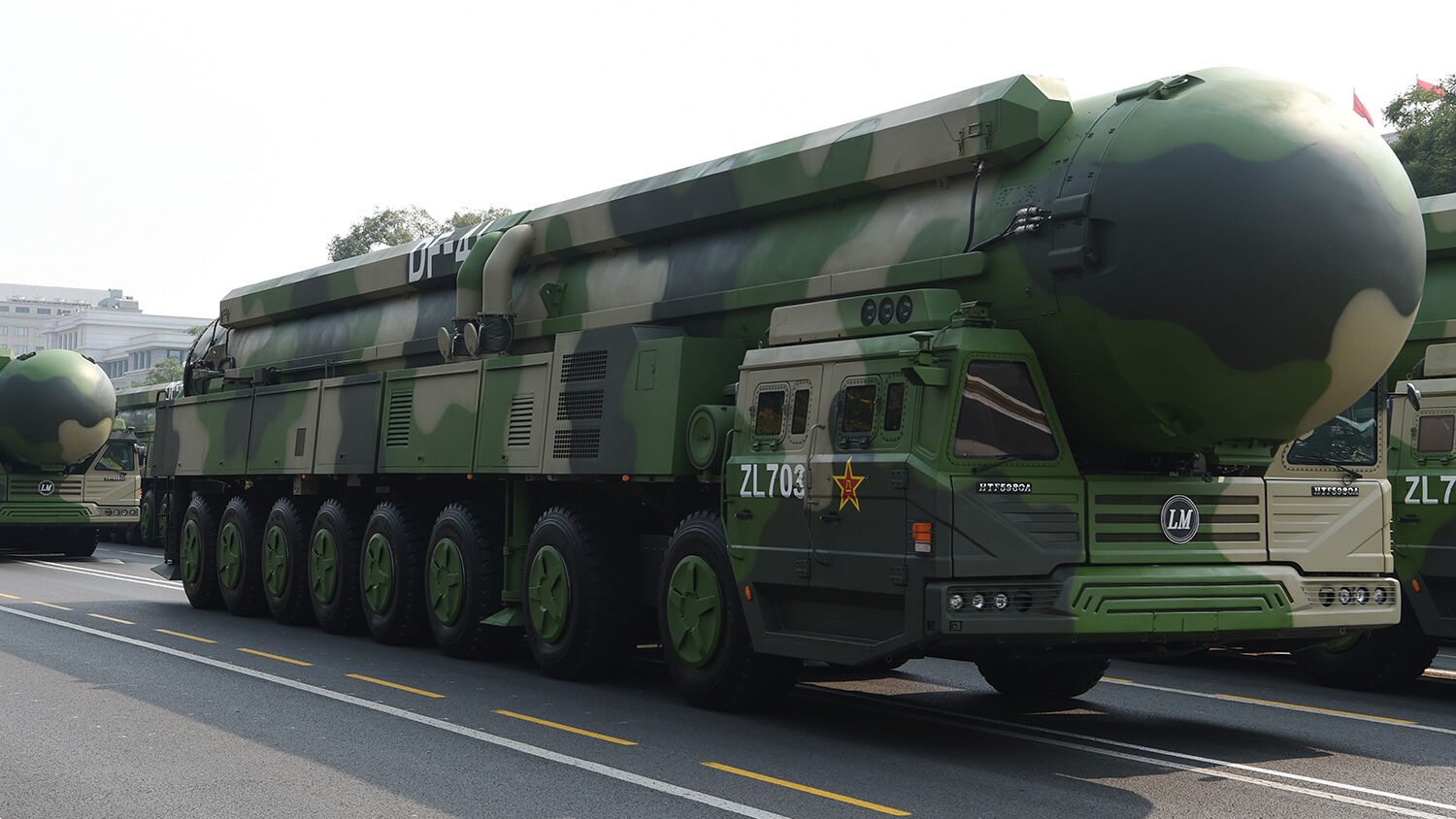 Dongfeng-41 nuclear missiles in a military parade celebrating the 70th anniversary of the founding of the People’s Republic of China in Beijing on Oct. 1, 2019
Xinhua/Xia Yifang via Getty Images

‘The pace and manner by which the Chinese government is modernizing its stockpile is worrying, destabilizing.’

China appears to be setting off “zero yield” nuclear tests despite its claims of adhering to an international agreement forbidding such explosions, United States officials wrote in a State Department report published April 15.

Zero yield nuclear tests do not ignite an explosive chain reaction of the kind caused by detonating most nuclear warheads. This indicates that the weapons being tested are either tactical nuclear weapons or triggers for larger bombs. In either case, such explosions are easier for a nation to conceal from monitoring agencies, particularly when conducted deep underground. The Chinese tests are believed to have occurred at underground locations at its Lop Nur nuclear test site throughout last year.

The State Department’s report states: “China’s possible preparation to operate its Lop Nur test site year-round, its use of explosive containment chambers, extensive excavation activities at Lop Nur, and a lack of transparency on its nuclear testing activities … raise concerns regarding its adherence to the zero yield standard.”

The lack of transparency includes China’s obstruction of data transfers from sensors on Chinese territory that are intended to alert monitoring groups of radioactive releases and seismic activity.

A senior U.S. official said these illegal Chinese activities, in the context of Beijing’s broader focus on modernizing its nuclear arsenals, intensifies the need to bring Beijing into a new nuclear agreement. “The pace and manner by which the Chinese government is modernizing its stockpile is worrying, destabilizing, and illustrates why China should be brought into the global arms control framework,” the official told Reuters on the condition of anonymity.

But China, with its arsenal of an estimated 290 nuclear weapons, has repeatedly rejected proposals to join such an agreement, insisting that its arms are strictly for defensive purposes and pose no threat to global peace.

Whether or not China decides to join an arms control pact with the U.S. and other nations, we can be sure that its nuclear stockpiles will soon be used in a global nuclear war that will make all wars in history look like playground skirmishes by comparison.

During His ministry on Earth, Jesus Christ prophesied of the age of nuclear proliferation we now live in and proclaimed that it would signify that the end of the age of man was imminent—and that His return was at the door: “For there will be greater anguish than at any time since the world began. And it will never be so great again. In fact, unless that time of calamity is shortened, not a single person will survive …” (Matthew 24:21-22; New Living Translation).

At the time Christ uttered those chilling words, a war that could threaten to end the life of every “single person” was not yet technologically possible. But today, with several nations in possession of tens of thousands of nuclear warheads, and with some, such as China, flouting international law concerning these arms, the conditions are in place for this prophecy to be fulfilled.

But as we see that cataclysmic nuclear war looming ever larger on the horizon, there is reason for hope! In verse 22, after Jesus says that the war at the conclusion of our era will be so devastating that it could end all human life, He then provides a significant detail: “But it will be shortened ….”

Nuclear World War iii will be interrupted. Just before humanity detonates enough weaponry to extinguish human life, Jesus Christ will return and bring a swift end to the conflict. And following the epoch of unprecedented war and destruction, He will bring in a new era of unprecedented peace and harmony. Christ will usher in an age of worldwide prosperity for the peoples of China, the United States and every other country. Regarding this future age of global peace, Isaiah 2:4 says: “[N]ation shall not lift up sword against nation, neither shall they learn war any more.”

In his booklet Nuclear Armageddon Is ‘At the Door,’ Trumpet editor in chief Gerald Flurry writes about man’s desperate need for God’s help: “Only God can solve our number one problem: that of human survival. Men don’t know the way of peace. God knows—and if you keep His law of love, it will bring great joy and peace into your life.”

He continues: “We are now at the edge of this nuclear abyss! As all these horrible signs come to pass, we know Christ is about to return.”

To understand these key Bible passages and to learn how to experience the “great joy and peace” that comes from keeping God’s law today, order your free copy of Mr. Flurry’s booklet Nuclear Armageddon Is ‘At the Door.’