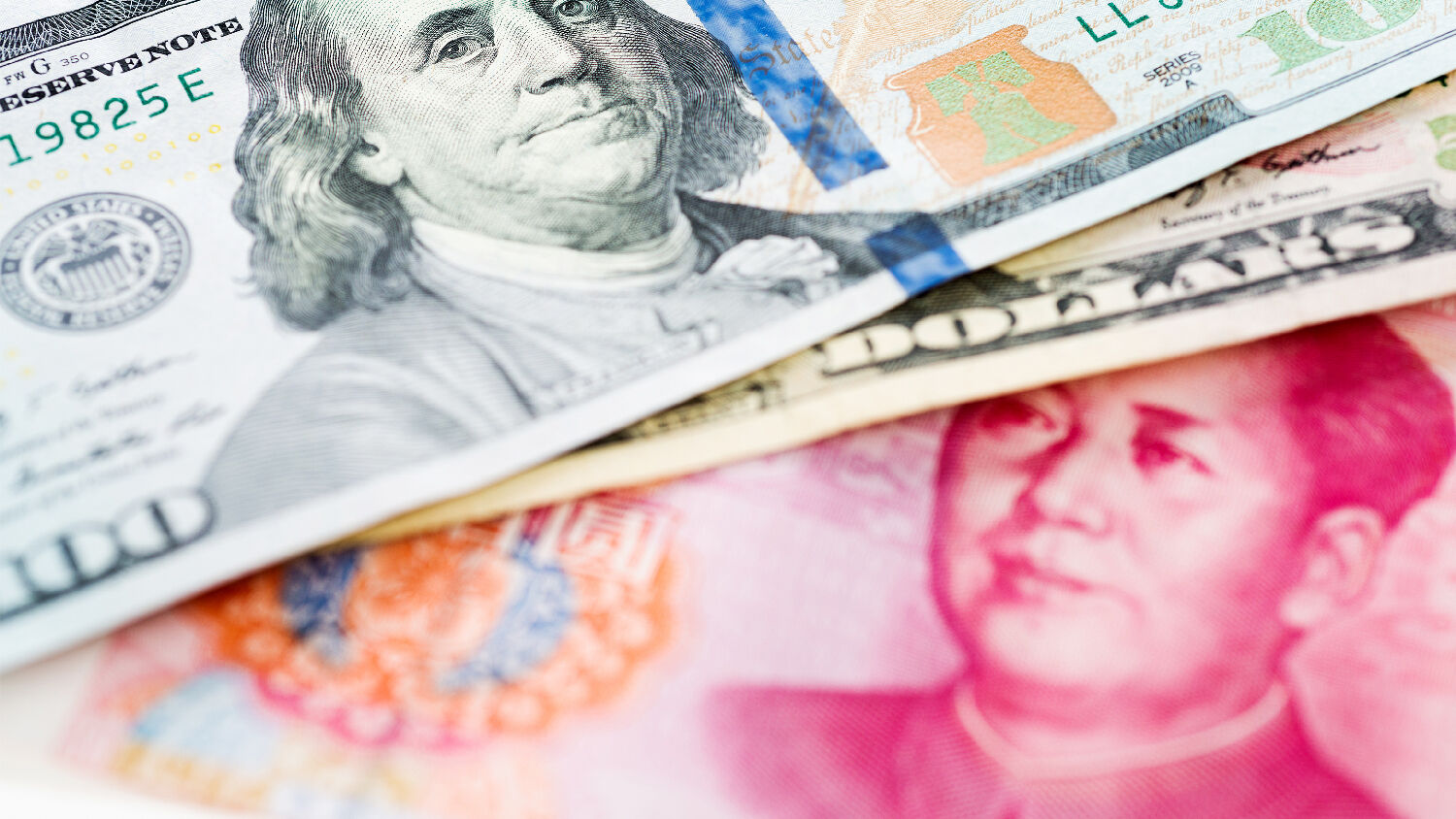 White House economic officials have considered canceling $1.1 trillion in debt owed to China, reported the Washington Post on April 30. In response, China has threatened to dump United States bond securities. For the time being, both may be only words amid a war of blame. But China’s threat is worth thinking about. When carried out, now or in the future, it will spell the end of the American dollar’s global reign.

The U.S. strategy to make China pay a price for mishandling coronavirus would cancel “some or all” of the $1.1 trillion in debt, which the U.S. owes China. This is unlikely to happen, but it did provoke a foreboding response from China. Rather than lose billions of dollars, China threatened to dump treasuries and sell the debt while it still can.

China’s threat to sell U.S. debt bonds should be concerning for everyone, not only Americans. The dollar has been the world’s reserve currency for decades. The global financial order is based upon it. China is well aware of how dependent the U.S. is on other nations buying its debt.

This isn’t a new idea. As South China Morning Post wrote, “In the past decade, there has been no shortage of calls in China for the government to dump its vast holdings of U.S. treasuries.”

For years, China has been increasing the role its currency plays in the world. In 2016, it launched its Asian Infrastructure Investment Bank. Many of America’s allies, including Britain, Germany, France and Italy, signed up as founding members, contrary to U.S. wishes. Germany is the world’s fourth-largest economy in terms of gross domestic product; Britain is the sixth, France the seventh, and Italy the eighth. Their decision to join with China instead of siding with America was momentous. At the time, we wrote about it as “the week the world revolted” against U.S. control of the world’s reserve currency. It was a dramatic signal to America, showing there are economic powers big enough to begin contesting the dollar’s dominant position as the world’s reserve currency.

If China follows through on the threat, it “could trigger a crash in the U.S. dollar and financial markets by flooding the market with U.S. treasuries for sale, which would push down U.S. bond prices and cause yields to spike,” wrote South China Morning Post.

The U.S. is unlikely to unilaterally wipe out its $1.1 trillion debt to China. It is unlikely as well that China would immediately dump all its American bond holdings, because it would hurt China’s economy, which is already weakened by coronavirus. However, this process could play out gradually. China could simply choose not to renew expired bond purchases, buying those belonging to other nations instead. It will certainly continue to expand its Asian Infrastructure Investment Bank, and pressure its allies to make oil transactions in yuan or even rubles rather than American dollars.

China has been working against the American dollar for years. Diplomatic and trade tensions over coronavirus are only the beginning; this economic war will intensify.

Herbert W. Armstrong, founder of the widely read Plain Truth newsmagazine, warned in 1968, “If the dollar is devalued, inflation will almost surely result, and eventual economic collapse for the United States.” He was warning of the exact situation being discussed in today’s trade wars. But why would he have warned about such a situation at a time long before America had major economic competitors?

He relied on Bible prophecy in his analysis of world events. One of those prophecies is about an economic siege against the nations of America and Britain.

Trumpet editor in chief Gerald Flurry explains that prophecy in his book Ezekiel—The End-Time Prophet. He writes, “The United States and Britain are going to be left out in the cold as two gigantic trade blocs, Europe and Asia, mesh together and begin calling the shots in world commerce. These nations … are going to be literally besieged—economically frozen out of world trade!”

Isaiah 23:3 describes this “mart of nations.” It will lay economic siege to the United States, as well as Britain. As our free book The United States and Britain in Prophecy, by Herbert W. Armstrong, explains, these nations are the descendants of ancient Israel. The Bible’s prophecies about Israel apply to the U.S. and Britain today.

In his book on Ezekiel, Mr. Flurry writes about how the shift away from the dollar will impact our nations. Consider the future described by these prophecies:

Herbert Armstrong prophesied for many years that the siege would be our economy being battered by foreign competition (see Deuteronomy 28:52). The siege means “something hemming in … distress” (Strong’s Concordance). It can also mean “to urge to press upon anyone in pursuit, to besiege a city” (Gesenius’ Lexicon). The U.S. and other Israelite nations are surrounded or besieged by fierce and often unfair competition.

Prophecy indicates that the German-led European Union will soon join forces with Russia, China and Japan to shut the U.S. out of more and more markets (see Isaiah 23). As the U.S. and Britain become less and less competitive worldwide, unemployment will steadily increase.

To understand how the global shift away from the dollar fits in with a vitally relevant prophecy for our world today, request a free copy of Ezekiel—The End-Time Prophet.