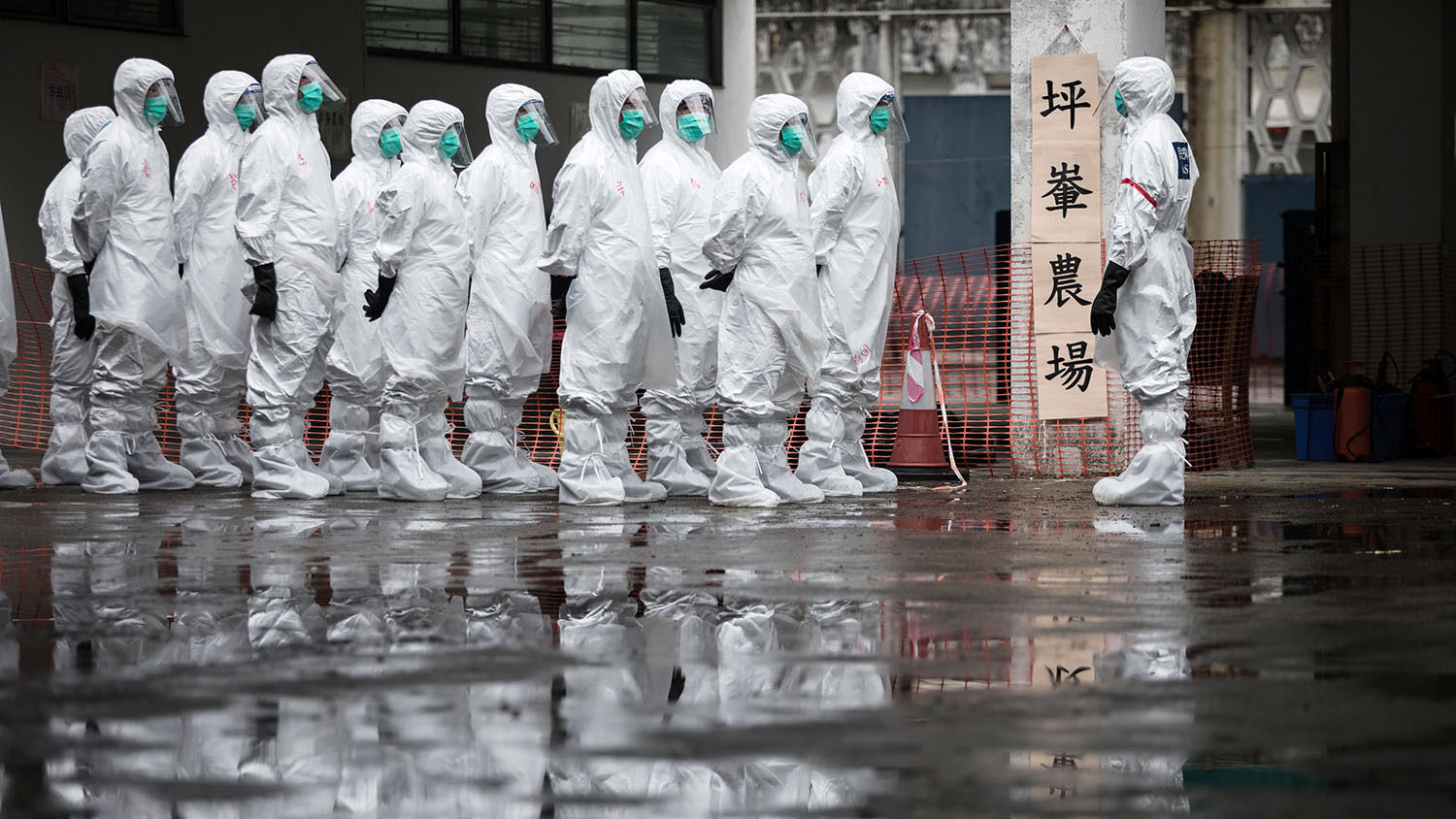 The coronavirus is joined by swine fever, swine flu and bird flu.

Parts of the world are in a panic due to the rapid proliferation of four different diseases across Asia: the Wuhan coronavirus, bird flu, African swine fever and swine flu.

Figures related to the Wuhan coronavirus continue to soar. As of Monday afternoon, the official death count stood at over 1,000, with more than 40,000 infected. An initial quarantine of 11 million people has now been expanded to include over 50 million people. The flu-like symptoms make the Wuhan coronavirus difficult to identify, further complicated by the fact that the infected generally do not exhibit symptoms right away. Resultantly, it has spread to at least 27 other countries, with the first non-Chinese deaths reported in Hong Kong and the Philippines. Several nations, including Russia, Mongolia, Kazakhstan and the United States, have changed their border policies to deny entry to anyone who has been in the most heavily infected regions.

Meanwhile, about two thirds of China’s swine herd has been lost in recent months due to African swine fever. The disease has no cure and no vaccine, and once one pig has been infected, the entire herd has to be killed to prevent spreading. Prior to its outbreak in 2018, about half of the world’s pigs lived in China. Now, pork prices are soaring as herds in Cambodia, North Korea and Vietnam have been similarly devastated.

African swine fever in China has farmers putting their animals in high-security farms as a precaution #非洲豬瘟 pic.twitter.com/XVBZIsuzgw

While the African swine fever cannot be transmitted to humans, its similarly rapidly spreading counterpart, the H5N1 bird flu, can. According to the Daily Mail, “China has reportedly seen an outbreak of a ‘highly pathogenic’ strain of H5N1 bird flu which has already killed 4,500 chickens.” It has forced Chinese authorities to cull over 17,000 chickens. According to the World Health Organization, human cases of H5N1 avian influenza are uncommon, but when they do occur, “the mortality rate is about 60 percent.” The coronavirus by comparison, has a mortality rate of just 2.1 percent.

On top of all this, Asia is also suffering an outbreak of the H1N1 swine flu. It has already spread to 100,000 people in Taiwan, which saw 13 infected people die in the space of a week, according to the Centers for Disease Control and Prevention. One woman died despite having been vaccinated.

Many claim these diseases result solely from poor food safety measures. The Washington Post writes that such epidemics are the result of urbanization—large populations being densely packed in cities. Indeed, such living situations made fertile conditions for the bubonic plague, which decimated a third of Europe’s population in the 1300s. Four cases of a deadlier strain, the pneumonic plague, were even reported in China at the end of last year.

But there is a deeper cause for the proliferation of these deadly diseases, and prophecy says they are only going to get worse.

In the book of Revelation, the Apostle John was inspired to write about what would take place before the return of Jesus Christ. Chapter 6 contains a prophecy of what are commonly called the “four horsemen of the apocalypse,” representing religious deception, war, famine and the fourth, which rides “a pale horse” (Revelation 6:8).

In our booklet The Four Horsemen of the Apocalypse, Trumpet editor in chief Gerald Flurry and coauthor Wayne Turgeon wrote:

Pale is translated from the Greek chloros, which we would normally take to mean the color of chlorophyll, the property that gives plants their healthy green appearance. When used biblically, however, chloros means the sickly pale green color of sickness and disease.

Worldwide disease epidemics are mentioned in the same context with the other horsemen in Revelation 6:1-8 and in the three Gospel accounts of Matthew, Mark and Luke, because they are successive. Multiple millions of people will perish from sickness and disease if they survive the ravaging effects of nuclear bombardment and subsequent starvation.

The diseases in Asia are a harbinger of the worldwide devastation soon coming on Earth. These diseases may not be the very pandemics that will decimate global populations, but prophecy tells us that such diseases are on the horizon.

The only way to be spared from these disasters is to turn to God. He promises to provide a way of escape to those who keep His commandments (Revelation 12:13-17). To learn more about these coming disasters and the only sure way of escape, request your free copy of The Four Horsemen of the Apocalypse.