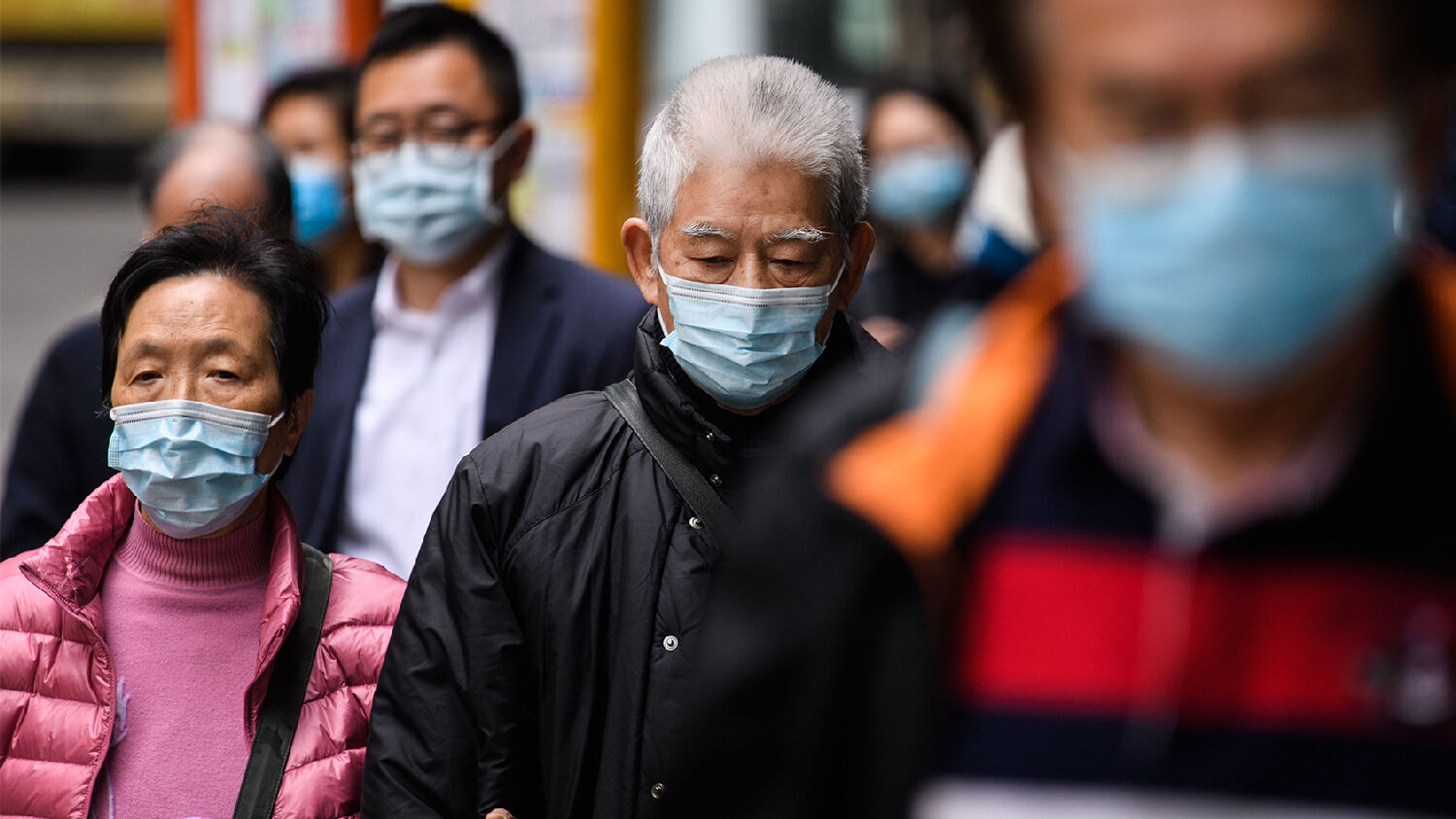 Pedestrians wear face masks in Hong Kong on February 3 as a preventative measure following a virus outbreak that began in the Chinese city of Wuhan.
ANTHONY WALLACE/AFP via Getty Images

This is Gerald Flurry, Trumpet editor in chief. A new strain of coronavirus is making headlines, and I’d like to look at a Bible prophecy that talks about it.

Many of you are familiar with the pale horse of the apocalypse of Revelation 6:7-8: “[B]ehold a pale horse: and his name that sat on him was Death, and Hell followed with him. And power was given unto them over the fourth part of the earth, to kill with sword, and with hunger, and with death, and with the beasts of the earth.” This shows that diseases like this virus are about to get worse, spreading like medieval pandemics and killing millions of people! Whether or not this specific outbreak will cause such ruin, this prophecy is sure.

You can find a related image in Zechariah 6. It is important to note the time frame. This chapter describes a dual crown being given to a man just before Jesus Christ returns—a prophecy that was recently fulfilled (request my free book The New Throne of David for an explanation). Before that takes place, though, four chariots emerge from between two mountains, symbolizing God the Father and Jesus Christ (verse 1). God sends these chariots. He gives specific commands about what these chariots are to do. This is explained in Chapter 7 of that book.

The black horses here symbolize violence, famine and pestilence. We are already in the preliminary stages of their ride. The coronavirus is only a small part of the overall picture. Other plagues are already spreading in our cities.

Many cities are facing a crisis of homelessness. In downtown Los Angeles, for example, is a little city of homeless people. The area is awash in drugs—and human feces, rats and every imaginable kind of filth. And even now, people are contracting tuberculosis and typhoid fever! Some of the policemen have contracted these Third World diseases! Rats carry disease and spread it everywhere. Some experts warn of the onset of bubonic plague—a disease that wiped out much of Europe in the 14th century! We are ignoring that history, and officials are permitting these conditions to ripen within some of our mightiest cities!

The same circumstances are true in Seattle and San Francisco. Some travel guides tell visitors to avoid portions of San Francisco and other big cities to avoid catching bubonic plague.

It is a most awful scene; we can hardly even stand to hear the news about it! Yet it is just a small foretaste of the plagues coming to America and Britain and Judah if people don’t repent before God!

Last year, border patrol agents apprehended over 850,000 illegal aliens at the Southern border. And who knows how many illegal aliens snuck across the border without being caught? A mumps outbreak at a U.S. Immigration and Customs Enforcement Processing Center in Louisiana forced officials to put hundreds of detainees in quarantine. Yet illegal aliens are pouring into the country so fast that very few of them are adequately checked for infectious diseases.

In March 2019, U.S. Customs and Border Protection Commissioner Kevin McAleenan told reporters that illegal aliens from Central America were overwhelming border officials and posing serious health risks. “We are seeing migrants arrive with illnesses and medical conditions in unprecedented numbers,” he said. Last May, California apprehended more than 144,000 people crossing the border from Mexico in a single month! Another report said 500 immigrants ended up in San Antonio, Texas, from an area in Africa where they have the Ebola disease.

It would be naive not to realize that with this influx of people you are likely to have diseases being brought in and spread. The governor of California is actually offering free health care to many illegal migrants. Maybe in the back of his mind, he fears a disease outbreak among the aliens and the homeless.

Where is this leading? We are already experiencing the preliminary stages of what the Bible terms “great tribulation,” in which one third of the populations in America and other Israelitish nations will die—before being directly attacked by foreign enemies!

These black horses—violence, famine, pestilence—are going to overtake the Earth! God is beginning to send a number of globe-rattling events our way! He is going to let the world see where their evil ways lead them.

God has a lot to accomplish with His people in the midst of an explosion of satanic chaos! He sends these angels out with specific jobs, all in preparation for the Great Tribulation, the Day of the Lord and the Second Coming of Jesus Christ! He is already preparing for that crisis of crises!