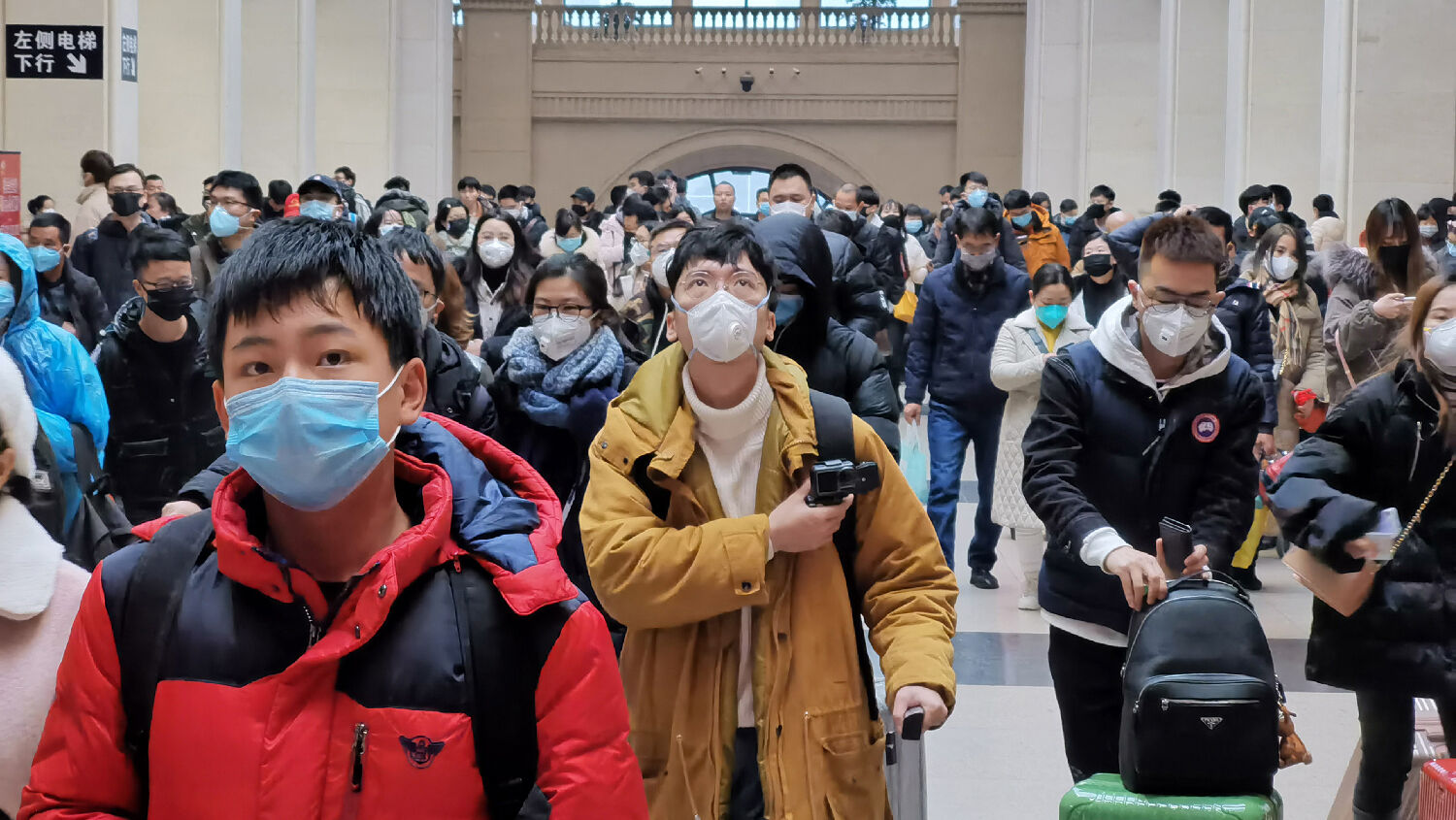 Scripture shows that the pale horseman is not finished riding.

“If things go on like this, we will all be doomed,” said a woman identifying herself as Xiaoxi, in an interview over the weekend with the South China Morning Post. “[P]eople just keep dying; no one is taking care of the bodies.”

Xiaoxi’s husband is among the 7,600 people across China who are confirmed to be infected by a new pneumonia-like illness called the 2019-nCoV, or Wuhan Coronavirus. The illness is named after the central Chinese city of Wuhan where it originated and after the halo- or corona-like shape of the microorganism.

Experts say Wuhan is milder than other illnesses in the coronavirus family, such as severe acute respiratory syndrome (sars) and Middle East respiratory syndrome (mers). But it is still deadly dangerous: As of Thursday morning, the official number of dead as a result of the virus stood at 170. And authorities expect the numbers of infected and dead to continue to mushroom.

Fear that the rates will rise is largely because before Wuhan and its suburbs were placed on lockdown, some 5 million people are believed to have left Wuhan for other parts of China and the world. These individuals are potentially carrying the deadly virus to all corners of the world. And cases have already been confirmed in recent days in Australia, Cambodia, Canada, France, Germany, Ivory Coast, Japan, Malaysia, Nepal, Singapore, South Korea, Taiwan, Thailand and Vietnam. In the United States, the fifth case was confirmed on January 26, and the Centers for Disease Control and Prevention says an additional 50 people in 22 states are under observation.

The Wuhan Coronavirus is spreading, and the Chinese National Health Commission has said its ability to do so grows stronger with time.

The official story from the Chinese government is that the virus originated from a Wuhan wet market where animals that ordinarily wouldn’t interact with each other—koalas, wolf puppies, snakes, rats, peacocks, foxes, salamanders and dozens more—live in terribly cramped and unhygienic quarters as they wait to be slaughtered and sold as food for people. The authorities say circumstances at this market gave rise to trans-species mutations of pathogens that were eventually able to leap from animals to humans.

But a study released on January 24 shows that the first three infections, contracted in November and documented in early December, were not connected to the Wuhan wet market. Nor were 11 others of the 41 cases analyzed. This indicates that the true cause of the virus may still be unknown, that the strain that infects humans emerged earlier than official reports say, and that it then remained undetected for an unknown duration.

One factor complicating efforts to contain the spread is that the virus has shown itself to be transmissible before any symptoms appear. This means carriers often do not realize they are infected until after they have transmitted it to others. Scientists at Imperial College London calculate that each individual infected by Wuhan has gone on to spread it to two or three other people. And they calculate the death rate around 1 in 50, which is comparable to the rate of the Spanish Flu in the United Kingdom. Worldwide, the Spanish Flu killed as much as 5 percent of Earth’s total population—a higher percentage than died in World War ii.

So it is easy to see why much of China has gone into emergency mode, with 15 cities—a combined population of 57 million people—having been placed under lockdown. Even as far away as Shanghai, hundreds of miles from Wuhan, businesses are shut down and schools are closed until the illness can be contained.

While I was expecting Shanghai to be quiet over the CNY holidays, I wasn’t expecting a city-wide shut down of all museums, galleries, cinemas and loads of restaurants due to the coronavirus. pic.twitter.com/KUjDVXTTrV

In the U.S., the government is advising its citizens to “reconsider travel” to China. Several other countries have suspended tourism from China altogether, and others are evacuating their citizens from infected areas. Mongolia and Kyrgyzstan have closed their borders with China. The World Health Organization said the worldwide risk from Wuhan is high, and global markets are beginning to falter over fears of a possible pandemic.

Much remains unknown, and it is possible that the efforts to contain the Wuhan Coronavirus will keep it from snowballing into a worldwide catastrophe. But Bible prophecy says devastating disease pandemics are on the horizon.

The biblical book of Revelation is about “things which shall be hereafter,” or occurrences that would happen after the era of the Apostle John (Revelation 1:19). In Revelation 6, John was inspired to write about the “seven seals” that lead up to the return of Jesus Christ. The first four are often called the “four horsemen of the apocalypse.” They represent religious deception, war, famine and disease (verses 1-8).

Regarding the fourth horse and its rider, John writes: “I looked, and there was a pale green horse! Its rider’s name was Death, and Hades followed him …” (verse 8; International Standard Version).

This is a personification of disease epidemics—sickly, haunting and unyielding. The passage says that along with the other three riders, the anemic-looking horseman that represents disease will slay “the fourth part of the earth.” With today’s population of 7.7 billion, that figure would come to almost 2 billion.

Revelation 6:8 also connects the pale green horse to “the beasts of the earth.” Trumpet contributor Fred Dattolo addressed this connection in 2005, writing that in addition to instances of starving animals attacking people, this passage “can also refer to animal-borne disease that passes on to humans,” as may have played a role in the Wuhan Coronavirus.

Revelation is not the only biblical book to mention an end-time return of disease epidemics. Jesus Christ Himself said outbreaks of pestilence would occur prior to His return: “For nation shall rise against nation, and kingdom against kingdom: and there shall be … pestilences … in divers places” (Matthew 24:7; see also Mark 13:8 and Luke 21:11).

Trumpet editor in chief Gerald Flurry and Wayne Turgeon cowrote about the impending return of disease pandemics in their booklet The Four Horsemen of the Apocalypse, stressing that these prophecies are for the present age. “We are not discussing some dusty old prophecies,” they write. “These are dramatic, dire prophecies that lie directly in front of us! … Multiple millions of people will perish from sickness and disease ….”

They continue: “[E]ven in the 21st century, despite better medicine and technology, the threat to all societies looms large on the horizon. Even old diseases from world wars fought over 75 years ago are making a silent but deadly return.”

Mr. Flurry and Mr. Turgeon explain that although this points to a dark and devastating future, the Bible makes plain that God will provide a route of escape for those who will turn to and rely on Him. “The future appears very bleak,” they write. “But there is a way of escape (Revelation 12:13-17). God will hear and forgive anyone who will repent. The only ones promised divine protection are those few who have yielded to God and His way of life.”

The Scriptures reveal that, whether the Wuhan Coronavirus fizzles out or not, the gains against disease that mankind has made in recent generations will soon be lost. The pale horseman is not finished riding. But each person could have some say as to whether he or she will be in his path or not.