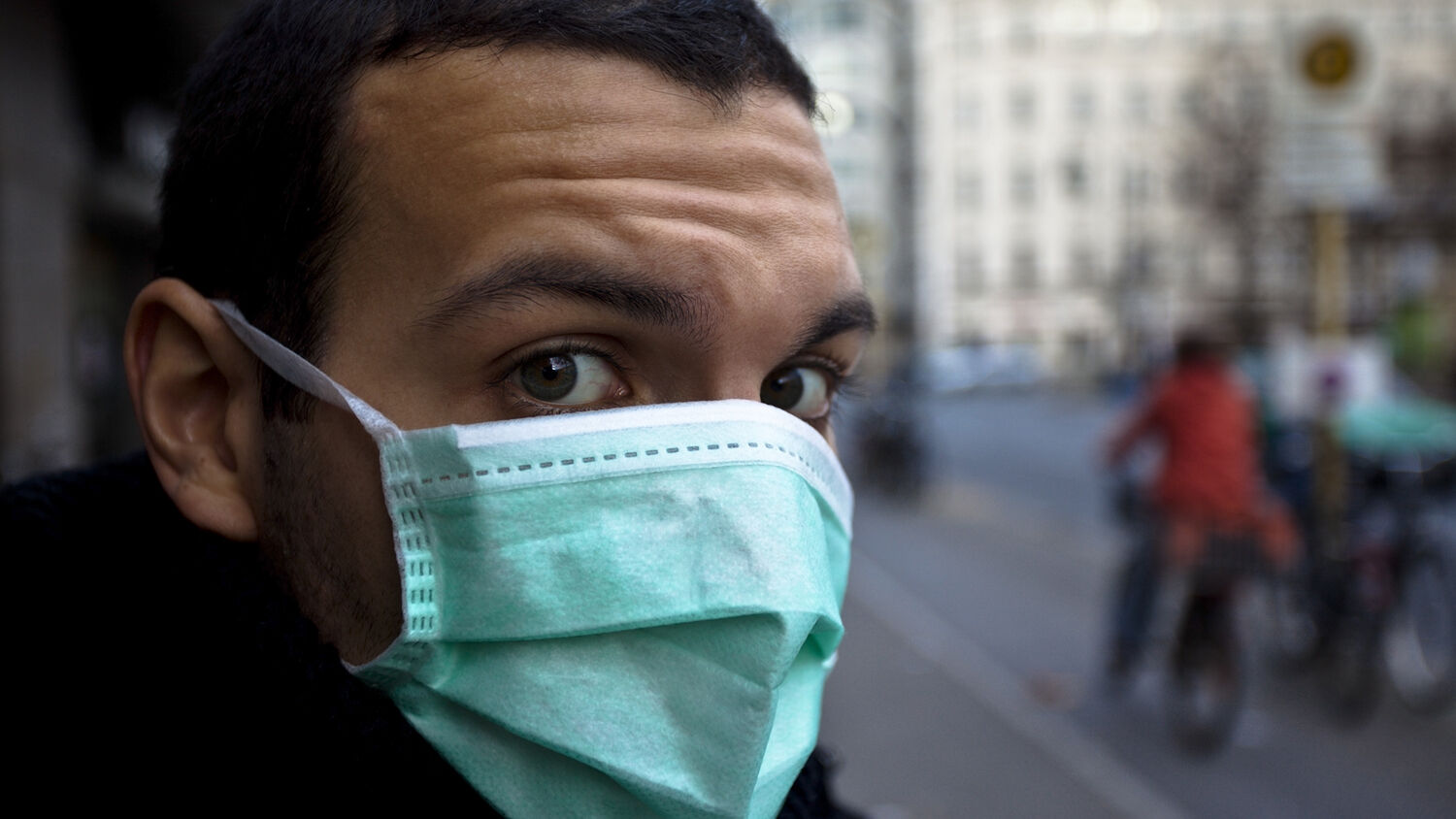 The Bible’s prophetic warnings are clear.

Leaders from across the globe met for the annual World Economic Forum in Davos, Switzerland, from January 23 to 26. They discussed many pressing problems that plague the planet. One topic that has many experts especially worried is the danger posed by disease pandemics.

Experts such as Elhadj As Sy, the secretary general of the International Federation of Red Cross and Red Crescent Societies, say that pandemics are becoming a very real threat to humanity.

Dr. Sylvie Briand, a specialist in infectious diseases at the World Health Organization, warned that a sudden, deadly viral outbreak could happen any day, and there would be nothing anyone could do about it. “We know it’s coming,” she said, “but we have no way of stopping it!”

These concerns have been raised before. In May 2017, Time magazine published a piece titled “The World Is Not Ready for the Next Pandemic.” The issue at that time was, and continues to be, the H7N9 Asian bird flu. This virus originated in Chinese poultry. When passed from animal to human, it is extremely deadly. Time reported that 41 percent of people infected with H7N9 died from “severe respiratory problems.”

What held the Asian bird flu back from ravaging the entire world was its inability to pass from human to human. Yet virologists fear that it is only a matter of time before a new strain of this virus is discovered, one with a different type of hemagglutinin protein that will allow it to spread between humans. With modern transportation, it could spread like wildfire; and if it retains its 41 percent mortality rate, we could see a disaster on a massive scale.

The Reality of the Danger

Coincidentally, this year marks the 100th anniversary of the great Spanish Flu, which tore through America and Europe and killed about 50 million people in just one year—more fatalities than in World War i.

According to Time, despite modern medicine, we are more susceptible than ever before. “On a hyperconnected planet rife with hyper-infectious diseases, experts warn we aren’t ready to keep America—and the world—safe from the next pandemic,” it reported.

To many experts, the question isn’t if the world will be overwhelmed by a pandemic, but when.

In recent years, we have seen many diseases claim hundreds of thousands of lives. From the Ebola epidemic in West Africa to the Zika virus outbreak in Brazil, there have been many scares. Time and again, tremendous panic over the latest disease has caught the news media’s attention.

For the average person, as of yet unaffected by these outbreaks, it is too easy to take this danger lightly. Despite the warnings of experts, many have remained unconcerned or unaware of the potential danger, saying that news reports are overblown or exaggerated. While that may be true to a certain extent, it does not mitigate the seriousness of the subject.

The fact that a global pandemic has not broken out yet is not reason to dismiss the danger. In fact, the Bible warns that global diseases will wipe out large portions of mankind in this end time.

Yes, the Holy Bible, the inspired Word of God, does indeed speak of large-scale pandemics. Approximately a third of the verses in this special book are prophecies foretold to occur in the end time—the period right before the return of Jesus Christ. The first several verses of Revelation 6 speak of the infamous “four horsemen of the apocalypse.” Together, these represent the chaotic and desperate times brought on by man’s evil.

In “Zika Virus and the Pale Horse of the Apocalypse,” Trumpet contributor Wayne Turgeon wrote:

The first three horsemen of the apocalypse symbolize religious deception, war and famine. Along with the fourth horseman, pestilence, these riders represent the end-time culmination of the most traumatic problems endured by a rebellious mankind. They picture one of the most ominous scenarios ever.

“And when he had opened the fourth seal, I heard the voice of the fourth beast say, Come and see. And I looked, and behold a pale horse: and his name that sat on him was Death, and Hell followed with him. And power was given unto them over the fourth part of the earth, to kill with sword, and with hunger, and with death, and with the beasts of the earth” (Revelation 6:7-8).

He elaborates more on this “pale horse” in the booklet The Four Horsemen of the Apocalypse, writing:

The context mentions two of the other horsemen—war and famine. But we cannot be certain of the symbolism of the last horseman from this passage. The key word to its identity is the word pale, which often makes us think of someone who is feeling sick, having an anemic-looking appearance. Pale is translated from the Greek chloros, which we would normally take to mean the color of chlorophyll, the property that gives plants their healthy green appearance. When used biblically, however, chloros means the sickly pale green color of sickness and disease.

Other biblical translations describe the pale horse as an ash-colored horse, a horse sickly green, a horse sickly pale and an ashy pale horse. We have continually stressed throughout that we should look to Christ the Revelator to explain these seals and symbols. He provides us with the most correct word to unlock the true identity of this pale green horse which man’s best translations cannot: “and there shall be … pestilences” (Matthew 24:7). The man on the pale horse symbolizes climactic, globe-encircling plagues and pandemics occurring and soon to occur in this modern age!

The Only Way to Beat a Global Pandemic

At the Davos summit, former World Health Organization Director-General Margaret Chan commented on the subject of preventing such disasters. She described the world as ill prepared on every level of government for fighting a global pandemic, warning that it is “difficult to go to war with an invisible army” without coordinated global resources.

The only way mankind can prevent a global pandemic disaster as foretold in Revelation is by turning back to God.

The Trumpet magazine has constantly pointed to Deuteronomy 28 as the climatic summary of all the crises coming upon the nations of Britain and the United States. God outlines in this chapter the blessings for obedience and the curses for disobedience, elaborated upon in The Four Horsemen of the Apocalypse:

“But it shall come to pass, if thou wilt not hearken unto the voice of the Lord thy God, to observe to do all his commandments and his statutes which I command thee this day; that all these curses shall come upon thee, and overtake thee …. The Lord shall make the pestilence cleave unto thee, until he have consumed thee from off the land, whither thou goest to possess it. The Lord shall smite thee with a consumption [chronic, degenerate diseases such as aids], and with a fever, and with an inflammation [malaria or communicative diseases such as influenzas], and with an extreme burning, and with the sword, and with blasting, and with mildew …. with the botch of Egypt [elephantiasis], and with the emerods [tumors, cancer, etc], and with the scab, and with the itch [aggravated psoriasis and other nutrient-deficiency diseases such as scurvy, rickets, etc], whereof thou canst not be healed [incurable or drug-resistant diseases] … with madness [mental illness, insanity] and blindness, and astonishment of heart [emotional distresses such as depression]” (Deuteronomy 28:15, 21-22, 27-28).

However, God promises to protect those who obey Him from the horrors brought on by the symbolic pale horseman (Psalm 91:10). He only wants the best for us. It is His desire to bless us, not cause us harm (John 10:10).

Dangerous diseases are growing more widespread and severe as the world slides into a moral cesspool. The only way to remove these curses from our land is to turn back to God. That is exactly why God is sending these curses—to get His people to turn to Him. To learn more about this subject, read The Four Horsemen of the Apocalypse.