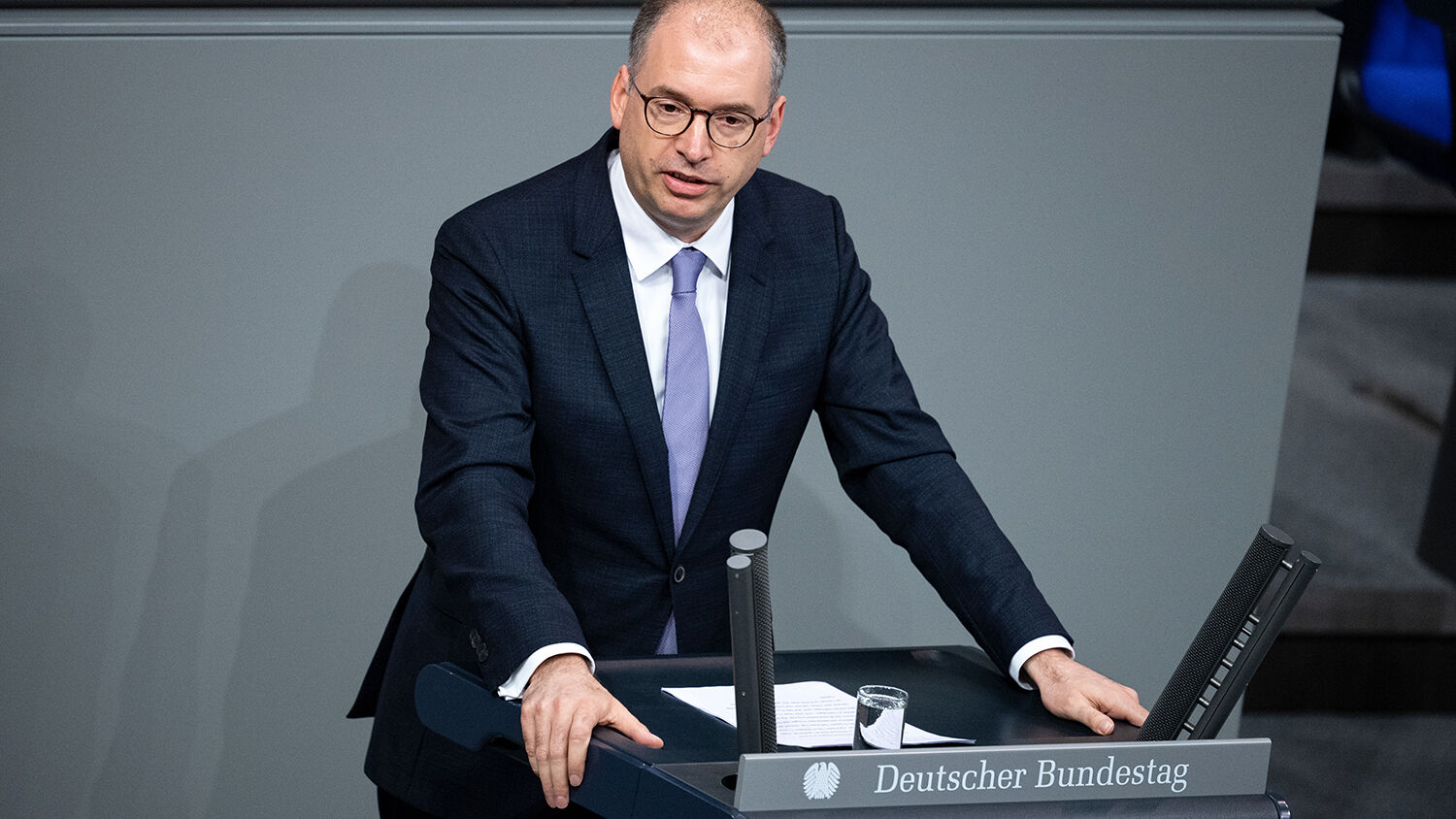 Niels Annen, minister of state at the Federal Foreign Office, speaks in the plenary session of the German Bundestag.
Bernd von Jutrczenka/picture alliance via Getty Images

Europe urged to ‘defend itself from licentious extraterritorial sanctions.’

German politicians have called on the European Union to take measures to shield Europe from United States sanctions after the U.S. single-handedly brought construction of the Nord Stream 2 gas pipeline between Russia and Germany to a screeching halt. The pipeline is Europe’s biggest energy infrastructure project with Russia, worth $10 billion.

With the stroke of a pen, United States President Donald Trump shut down the most significant energy project in the world, the Russian-German Nord Stream 2 pipeline.

It’s an impressive demonstration of the massive economic power America only rarely uses.https://t.co/yXBHOEA2w4

Although U.S. sanctions led to the construction being halted immediately, Russia Energy Minister Alexander Novak said only 99 miles of the pipeline are yet to be constructed. The project is expected to be finished in the next few months by Russian ships.

Initially, it seemed only Russia was angered by the sanctions, as the Kremlin threatened retaliation but Germany remained silent. However, German officials and politicians are now calling for Europe to take measures to protect their strategic interests from future U.S. sanctions.

Germany and Europe have become increasingly irritated by the long and powerful reach of the American economy. Disputes over digital taxes, aircraft subsidies that saw the U.S. impose a record $7.5 billion in tariffs last year, and U.S. sanctions on Iran have also hurt European businesses, further souring relations.

As a result, according to the Wall Street Journal, Europe now believes that “fortifying Europe’s defenses against U.S. sanctions could require closer cooperation with Russia and China at a time when President Trump is pressuring EU allies to side with Washington in its trade, technology and geopolitical disputes with Beijing.”

Indeed, the European Council on Foreign Relations wrote that Europe “cannot count on Washington to protect its [economic] interests.” Instead, it urged for Europe “both as a union and member states” to engage with Russia and China, whose integration would in turn open up Eurasian markets that Europe can engage with.

Relations between Europe and Asia have steadily improved in recent years, with annual merchandise trade now reaching $1.5 trillion, compared to $312 billion in 1994. Germany and China are, according to the World Economic Forum, “the main trade bridges between the two continents.” China is the largest consumer of German goods, and more than half of China’s exports go to Germany.

This ostensible European willingness to further align with Russia and China against American power is proof of the validity of Bible prophecy. Jeremiah 1 describes a coming German-led superpower as “a seething pot” (verses 13-15).

In a 2018 Trumpet article, editor in chief Gerald Flurry wrote, “Beneath the surface, [Germany] is full of simmering dissatisfaction with the current world order. Germans are angry at the U.S., and especially furious with President Trump. The imperialistic ambition that prompted Germany to start both world wars is alive and well. It is ‘seething’!”

These new U.S. sanctions have clearly added to that dissatisfaction. By Germany’s own admission, it will look to align itself with Russia and China in order to bypass America’s economic might. The Bible prophesies of such an alignment established in the spirit of building a financial system free of U.S. control. This prophecy of a powerful “mart of nations,” consisting of European and Asian nations, is found in Isaiah 23.

Historical precedent certainly shows that this is possible. In 1939, Germany and Russia announced the Molotov-Ribbentrop Pact, or the Hitler-Stalin pact. It led to advanced trade, cooperation and mutual support between Russia and Germany; Russia trained with and shared in German military advancements while Germany received millions of tons of Russian oil, grain and minerals. In “Germany and Russia’s Secret War Against America,” Mr. Flurry explained the most important aspect of the Molotov-Ribbentrop agreement: “Adolf Hitler’s Germany basically said to Joseph Stalin’s Russia: Stay out of it, Russia, and we will take over Europe. Then the two of us can split up Poland and other countries between ourselves.”

Present developments are not mere shadows of historical events. As Mr. Flurry wrote:

The fact that Russia and Germany are charging ahead with Nord Stream 2 today despite objections from other European nations and the United States is even more reason to believe that these two may already have worked out a modern Molotov-Ribbentrop deal. History shows that Germany and Russia are not actually partners. When they enter into peace deals and economic partnerships, it is a signal that either or both are preparing for some kind of imperialistic exploit.

Many German and European efforts to establish economic systems that exclude the U.S. have thus far failed. History, however, shows that economic conflict is often a prelude to military conflict, and Bible prophecy indicates that the anti-American sentiment will worsen.

New events and developments are expediting and encouraging the prophesied outbreak of violence between the U.S. and a powerful German-led Europe. To learn more about this coming conflict and the critical, prophesied events it is a part of, read “Germany and Russia’s Secret War Against America.”