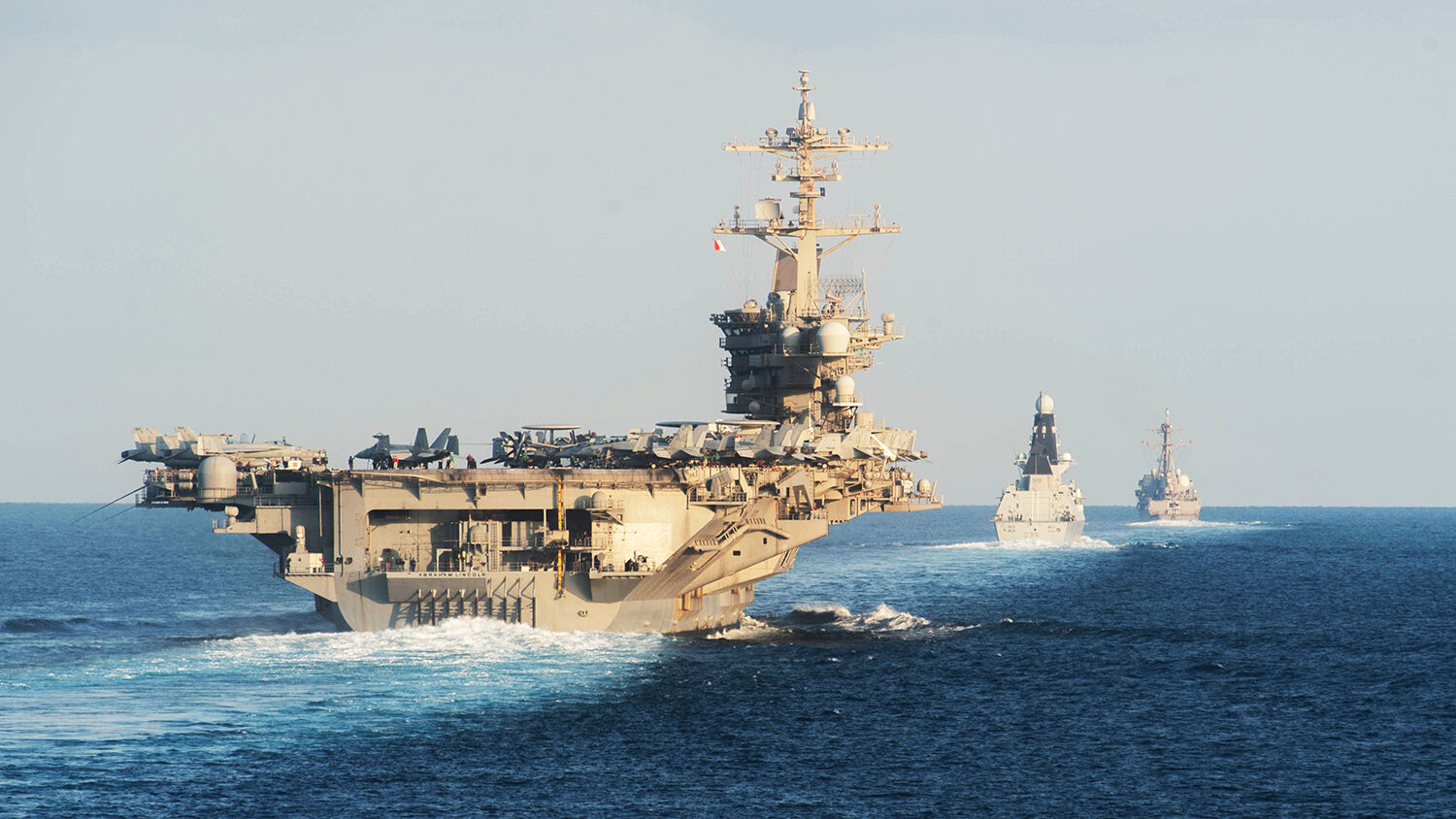 Several nations are set to embark on maritime security missions in response to Iranian aggression.

Set to begin in January 2020, nearly two dozen nations will be involved in several separate maritime security missions in and around the Persian Gulf. Missions led by France, India and the United States have come in response to recent Iranian attacks on critical oil infrastructure in the Middle East and frequent threats to halt trade through the Strait of Hormuz. As sweltering tensions continue to broil, saturating the Persian Gulf with foreign militaries may not alleviate war, but rather accelerate it.

On November 7, the U.S.-led naval coalition officially launched an operation from its headquarters in Bahrain to secure international trade in the Persian Gulf, Defense Post reported. The new mission, called Operation Sentinel, will see trade vessels escorted through the Strait of Hormuz, an important waterway through which one third of the world’s seaborne oil flows.

“The goal of Operation Sentinel,” according to the U.S. Central Command, “is to promote maritime stability, ensure safe passage, and deescalate tensions in international waters throughout the Arabian Gulf, Strait of Hormuz, the Bab el-Mandeb strait and the Gulf of Oman.”

The U.S.-led coalition force is known as the International Maritime Security Construct (imsc). Bahrain, which hosts the U.S. Navy’s 5th Fleet, joined the imsc in August. Saudi Arabia and the United Arab Emirates followed in September. Both Australia and the United Kingdom agreed to send warships to help escort vessels. Albania also joined in November. U.S. Army Col. John Conklin, chief of staff of the coalition, said, “Qatar and Kuwait have already told us they are going to join, so it is just a matter of time.”

Europe has been reluctant to join the U.S.-led mission because of differences surrounding the 2016 Iran nuclear deal. Europe remains committed to the deal while the U.S. withdrew from it in May 2018. As a result, French Defense Minister Florence Parly announced on November 24 that it would lead its own “European maritime surveillance mission” to the Persian Gulf.

The Middle East Eye reported that a French naval base in Abu Dhabi would serve as the headquarters of the European-led naval mission. France’s only other permanent base in the Middle East is located along the Bab el-Mandeb in Djibouti. Parly said France currently has 2,800 soldiers in the region, but it plans to bolster its forces in the Middle East. France and Qatar signed an agreement allowing France to deploy and station military forces within Qatar.

Rear Adm. Hossein Khanzadi, the head of Iran’s navy, said on December 3 that Iran will hold joint naval drills, called “Marine Security Belt,” with China and Russia beginning on December 27. Khanzadi said the drill will take place in the northern Indian Ocean. In his meeting with a Chinese official in Tehran, he also called for further military cooperation with China, especially with the production of destroyers and submarines. This naval coalition of U.S. rival nations is arising to oppose the U.S.-led mission in the Persian Gulf.

The Japanese government is also working to secure approval for its own independent naval mission to the nearby Gulf of Oman, Arabian Sea and Bab el-Mandeb—off the coast of Yemen. The proposal calls for dispatching a Japanese vessel and two P-3C patrol planes to the region.

India, too, has said it will conduct its own independent naval operations.

These new naval operations are in addition to an international maritime task force already in the Persian Gulf under the Combined Maritime Forces, which consists of ships, aircraft and personnel from Australia, Bahrain, Italy, Jordan, Kuwait, Qatar, Saudi Arabia, the United Arab Emirates, the United Kingdom and the United States.

The Persian Gulf is about to be even more crowded with ships and foreign militaries. Ever since Iran threatened to close the Strait of Hormuz in April, sabotaged four commercial oil tankers in May, seized the British-flagged Steno oil tanker in July, and significantly damaged two key Saudi oil processing facilities in September, it has the whole world concerned. Nearly two dozen nations are getting involved in the Middle East maritime security missions next year because of Iran’s belligerence. But these missions are only pushing the world closer to war.

In April, Iran appointed a new radical commander in chief of the Islamic Revolutionary Guard Corps (irgc). In April, we wrote: “With [Hossein] Salami now at the helm of the irgc, watch for Iran to become more aggressive against Israel and the United States.”

In October, Trumpet Jerusalem correspondent Brent Nagtegaal wrote an article titled “The Iranian Attacks Are Just Getting Started.” In that article, he said, if you consider the “dangerous trajectory” of recent Iranian attacks, it is “logical to expect another Iranian attack—soon and with greater impact.”

Beginning in May, the month after the new appointment, Iran adopted an even pushier foreign policy. Nagtegaal wrote, “Iran is taking aim at the most volatile region on Earth: the oil-producing and shipping sector of the Persian Gulf. This change of policy means that the Middle East is now a lot more dangerous.” Throw in several additional foreign forces in the region on disunited or independent missions, and suddenly the situation becomes significantly more volatile.

This is all leading to a spectacular military clash—one prophesied in your Bible nearly 2,500 years ago.

The phrase “at the time of the end” refers to the time we are living in right now.

Trumpet editor in chief Gerald Flurry explains this prophecy in his free booklet The King of the South. He writes: “All indications point to Iran as the nation that produces the king of the south. Since the early 1990s, we have believed and taught that Iran would lead the radical Islamism world and be the king of the south. Today, Iran is ‘king’ in the Middle East.”

In 1994, Mr. Flurry wrote “Is Iraq About to Fall to Iran?” Even then, we were pointing to radical Islam, led by Iran, as being the fulfillment of this prophesied king of the south alliance.

Daniel 11:40 says Iran will push against a German-led united Europe. A large aspect of this push is Iran’s strategy to control world trade—especially oil. Europe heavily relies on oil flowing through the Strait of Hormuz and the Red Sea, and as a result, Iran’s belligerent behavior is causing Europe to be “gravely concerned.” Eventually, Iran will push Europe too far, and the European superpower will retaliate militarily in a mighty whirlwind attack.

Crowding the Persian Gulf with ships is pushing the region closer to war. Even if war is not ignited now, the trend shows that this military confrontation against Iran will soon become a reality.

For more information, read Mr. Flurry’s article “How Iran Will Be Conquered.”