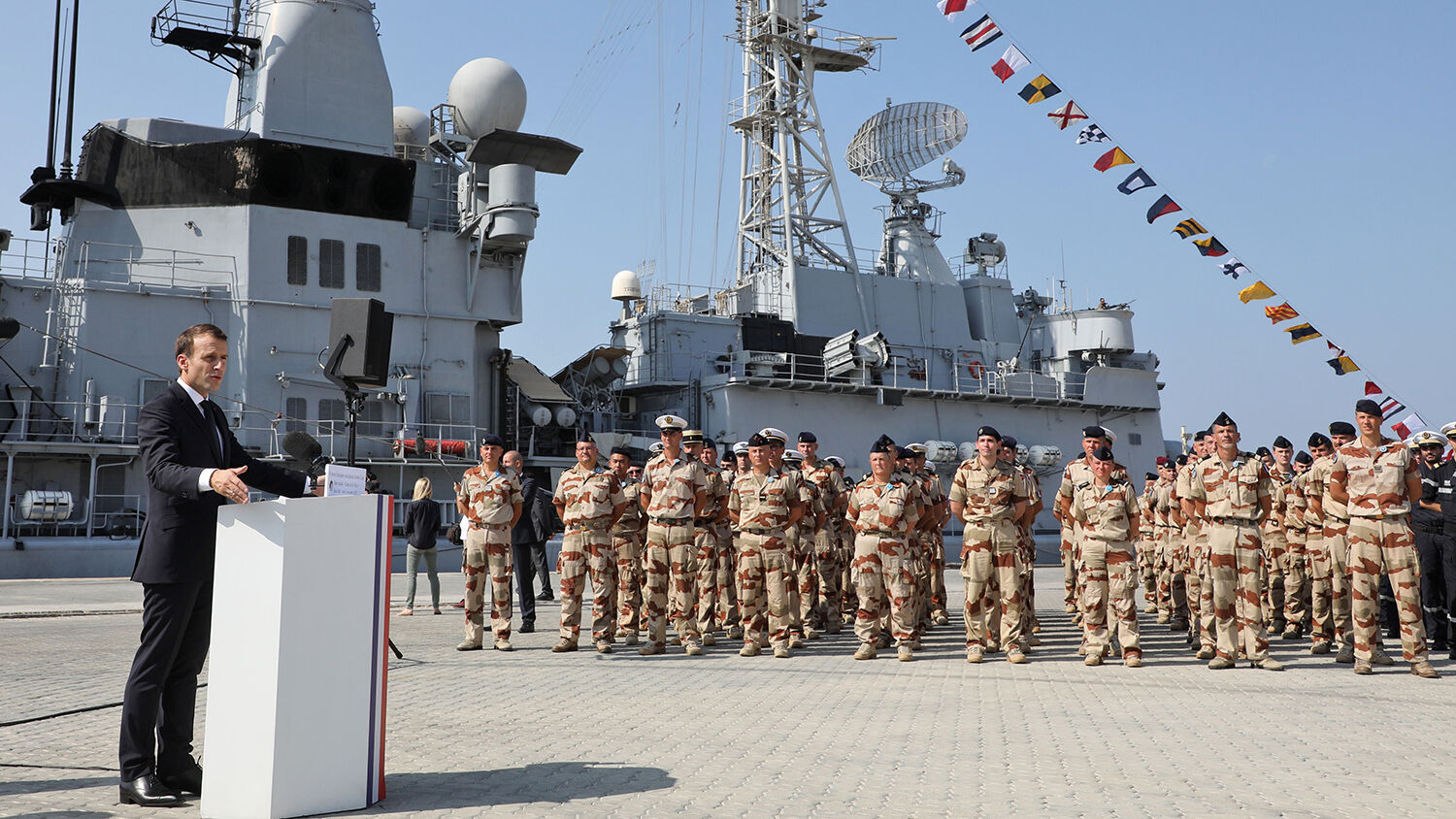 On Sunday, leaders, foreign ministers and defense officials from around the world gathered in Bahrain to attend the Manama Dialogue organized by the International Institute of Strategic Studies. At the meeting, French Defense Minister Florence Parly said France intends to fill the void created by a “deliberate, gradual U.S. disengagement” from the Middle East.

Jerusalem Post Middle East analyst Seth Frantzman called Parly’s speech a “shot across the bow of U.S. policy” and a “signal” that France is seeking “a deeper role” in Middle East security.

Because of the “severe weakening” of Western power in the region, Parly said, “France is currently working to put together a European maritime surveillance mission” to guarantee the safety of international trade through the Strait of Hormuz and Persian Gulf shipping lanes. The maritime mission, initially concocted in July, has been spurred on by recent Iranian terrorism.

According to Parly, “Several European countries have confirmed their willingness to contribute” to the maritime mission.

The Middle East Eye reported that Parly visited a French naval base in Abu Dhabi on Saturday morning, which, she said, would serve as the headquarters of the European-led naval mission in the Persian Gulf. France’s only other permanent base in the Middle East is located along the Bab el-Mandeb strait in Djibouti. Parly said France currently has 2,800 soldiers in the region, but it plans to bolster its forces in the region.

To conclude her whirlwind Gulf trip, Parly met with Qatari Deputy Prime Minister and Minister of State for Defense Affairs Khalid Bin Mohammed al-Attiyeh on Monday to discuss increasing bilateral ties between the two nations. According to Middle East Monitor, the meeting resulted in a signed agreement allowing France to deploy and station military forces within Qatar.

Historically, France has been a key player in early Middle East politics. After the breakup of the Ottoman Empire at the end of World War i, Britain and France divided the Ottoman Empire’s territory, cutting the Middle East in half down the line that is essentially the modern border between Iraq and Syria. Britain controlled land south of the line, and France controlled the territory north of the line.

In 1923, the League of Nations gave France the Mandate for Syria and Lebanon, giving France direct governance over the region. During this time, Syria was ethnically divided into six states. France drew the lines for a separate Lebanese state—borders that remain to this day. Prior to French control, Lebanon was a region in greater Syria; now it is its own nation. The mandate lasted until 1943; by 1946, all French troops had left Syria and Lebanon. Yet France still retains a close relationship with the Lebanese state.

France is one of Lebanon’s largest trading partners. More than 4,500 French companies export to Lebanon. In 2016, trade between France and Lebanon totaled $1 billion. After the U.S., France is the second-largest supporter of the Lebanese Armed Forces. But with the U.S. withdrawing from the Middle East and becoming more isolationist, France (and Europe) is stepping in to fill the void—just as the Bible forecast.

Daniel 11:40 says, “And at the time of the end shall the king of the south [radical Islamic extremism, led by Iran] push at him: and the king of the north [a German-led European Union] shall come against him like a whirlwind, with chariots, and with horsemen, and with many ships; and he shall enter into the countries, and shall overflow and pass over.”

This prophecy says that Iran will push at Europe. We see this push as Iran races to build the bomb, sponsors terrorism, launches missiles at critical oil infrastructure, and threatens to shut down international shipping lanes.

This “European maritime surveillance mission” is part of Europe’s response to Iran’s pushiness. By creating a European naval force and establishing a headquarters in the region, Europe is positioning itself to be able to respond to Iranian aggression with many ships, as the prophecy in Daniel says. Many analysts believe Iran’s threats to close the straits are just that, threats. But Europe can’t afford to take that risk.

Iran’s pushy foreign policy is leading the Middle East toward war. Its belief in Twelver Shiism, that causing world chaos will hasten the return of their messiah, gives Iranians frightening boldness. Parly said that Iran’s behavior is dangerous “because bold is never far from daring, and daring never far from reckless.”

Iran is pushing at Europe. It is only a matter of time until Iran’s bold behavior becomes reckless and, in turn, incites the retaliation of a European military whirlwind.