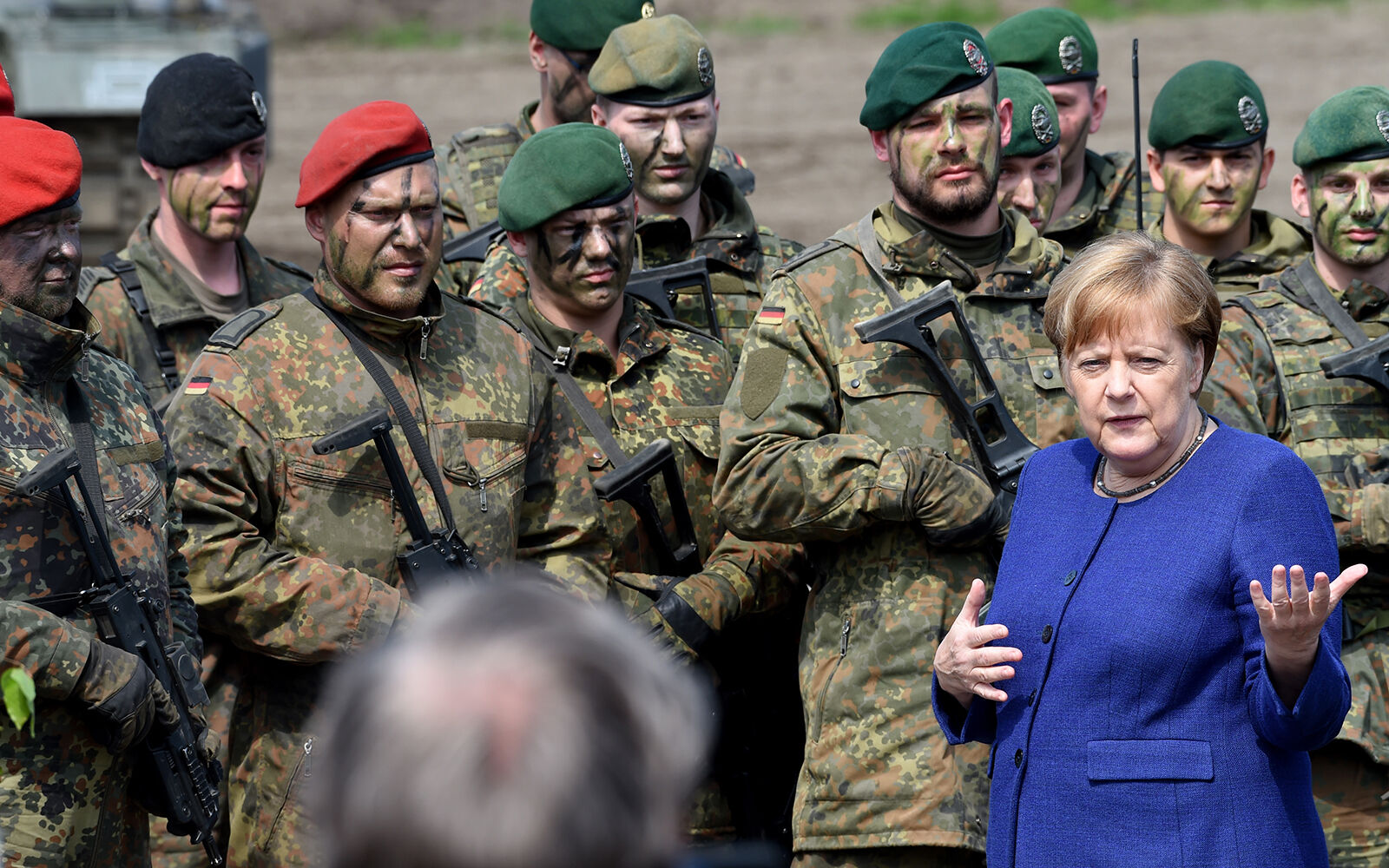 As the U.S. gradually withdraws, Europe’s troops are left in German hands.

American President Donald Trump has long criticized Germany’s contributions to nato for being insufficient. However, the two countries have found a compromise whereby Germany will take on more responsibility. The deal will increasingly place Europe’s security in Germany’s hands.

In a series of steps, Germany, is taking control of nato’s European branch.

America still expects Germany to increase its own military budget, and soon Germany will provide as much to the North Atlantic Treaty Organization’s community budget as the United States does. In the meantime, Germany will accept more responsibility for the alliance’s management.

On October 3, on the sidelines of celebrations for the Day of German Unification in Kiel, German Defense Minister Annegret Kramp-Karrenbauer announced that a reform on how to better distribute costs of the alliance has been agreed on.

Contributions to the community costs are used to finance nato’s headquarters in Brussels and other military headquarters, among other things.

But while the U.S. saves costs, it also leaves the security alliance increasingly in the hands of a former enemy.

Germany is by far Europe’s strongest economy, and it has the largest military budget. Germany is also assuming more control of nato’s European forces in other ways. A new naval headquarters in the Baltic allows Germany to lead European navies in a possible confrontation with Russia. Germany is also establishing a nato command center that focuses on rapid troop movement across Europe. As Deutsche Welle noted, the new headquarters “will not be integrated into the current nato command structure.” Instead, it will be established under German sovereignty.

Since the beginning of 2019, German forces took the lead of nato’s Very High Readiness Joint Task Force (vjtf), which includes thousands of soldiers ready to deploy within days. In 2018, Germany was at the heart of nato’s largest military exercise since the Cold War. Expect Germany to take on even more responsibility.

The training facilities lay the groundwork for larger-scale cooperation that has already begun under German leadership. Various European battalions and brigades are merging multinational troops under German command. The New York Times wrote on February 20:

In a former Cold War base, German and Dutch soldiers, serving together in one tank battalion, stood to attention one recent morning and shouted their battle cry in both languages.

“We fight—,” their commander bellowed.

“—for Germany!” the battalion replied in unison.

“We fight—,” the commander shouted.

“—for the Netherlands!” his soldiers yelled back.

They are not shouting “for Europe.” Not yet.

Germany holds similar exercises with France, the Czechia and Romania. (Read more about this development in “German Army Continues to Swallow Its Neighbors.”) In 2016, the German newspaper Die Welt noted: “The Bundeswehr Is a Laboratory for an EU Army.”

nato’s first secretary general, Lord Hastings Ismay, described nato’s goals as, “Keep the Russians out, the Americans in, and the Germans down.” Part of the reason nato was founded in 1949 was to prevent Germany from remilitarizing and starting another major war.

Contrary to this original pledge, many countries in Europe today rely on Germany for security. Germany’s arms industry, military schools and leadership are in high demand.

This is not a new trend provoked by President Trump. Germany’s second defense minister after World War ii, Franz Josef Strauss, wrote in his book The Grand Design: A European Solution to German Reunification that he opposed nato’s structure as “an American protective alliance for free European countries”; he wanted it transformed into “an American-European Alliance of Equals.” In other words, he wanted Europe to be able to defend itself and cooperate with America on equal terms.

At the time, Strauss’s plea was rejected. But today, Germany is leading a European military alliance increasingly independent of the U.S.

Many no longer see the necessity of preventing Germany from rising and dominating militarily. Decades have passed since World War ii, and history seems forgotten. Even many who do remember history see a totally changed Germany that imposes no threat to humanity.

Such a turn of events was prophesied.

Late educator and Plain Truth editor in chief Herbert W. Armstrong warned of this outcome for decades. Numerous passages in the Bible prophesy that Germany will rise from the ashes of World War ii and start a third world war. The Bible specifically reveals that Germany will lead Europe’s major armies to war (Revelation 17:10). In his April 2014 article “Germany’s Urgent and Dangerous Military Decision,” Trumpet editor in chief Gerald Flurry summarized some of Mr. Armstrong’s predictions:

In 1957, when Germany was a pile of rubble, Mr. Armstrong said, “Germany is going to rise again with great power.” He said the same thing in 1970. In 1980, Mr. Armstrong wrote, “I have been forecasting this revived Roman Empire publicly since February 1934. Now, it may go together suddenly, rapidly.” It is doing just that today! In 1983, he said, “The Bible prophesies of this coming United States of Europe, a new united superpower, perhaps more powerful than either the Soviet Union or the United States.” He went on to say that we don’t realize the thoroughness of the Germans, and that they are going to carry through what they started in World Wars i and ii in another world war—World War iii.

Such a turn of events seemed inconceivable in the years during and after the last world war. But the fact that it has happened shows that the Bible’s remaining warnings should alarm the world. We have not seen the end of Germany’s plan to conquer the world. It may seem as though Germany is being forced to rearm—yet the Bible plainly reveals that the nation will again come to be ruled by a leader who will march its armies to war.

Current events in Europe should captivate the world’s attention. Yet it is asleep to their real importance. You can understand them and take personal action to escape the coming prophesied World War iii. To learn how the Bible informed Mr. Armstrong’s, and continues to inform the Trumpet’s, news watching, request a free copy of He Was Right.