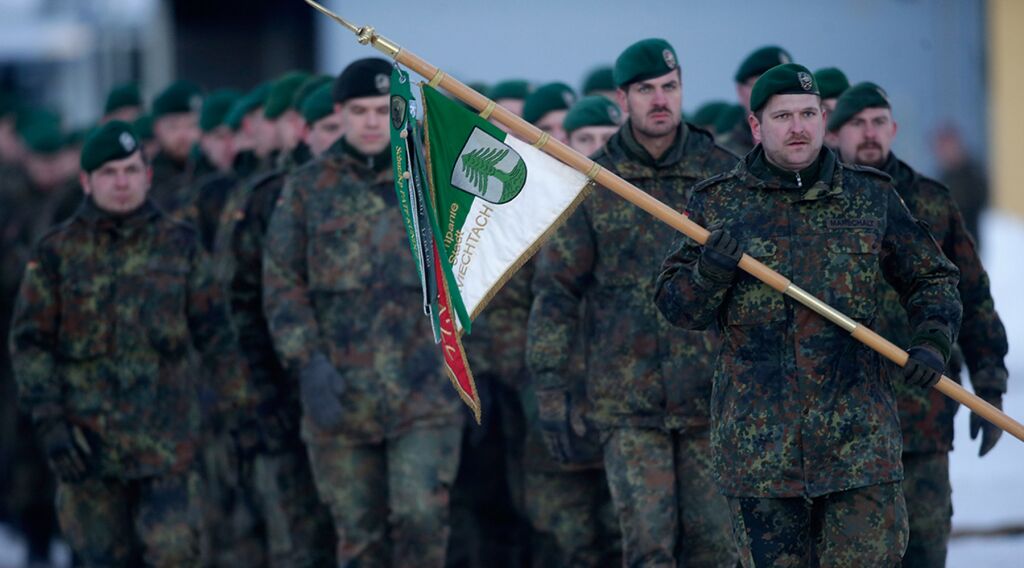 Czech Republic and Romania are sending major chunks of their armies to the Bundeswehr.

A Czech and Romanian brigade will be integrated into divisions of the German army. The agreement is to be signed at a meeting of nato defense ministers tomorrow. The Frankfurter Allgemeine Zeitung (faz), which broke the story on February 2, wrote, “The Bundeswehr is developing into the leading nato army in Europe.”

The agreement is the most dramatic of a series of arrangements Germany is negotiating to deepen its cooperation with other countries. The EU Observer summarized the faz’s report, noting, “The longer-term strategy would turn the Bundeswehr into the leading nato army in Europe, with small countries integrating their military forces into the German command structures.”

The faz wrote (Trumpet translation throughout): “This policy means Germany strengthens its own military power and, secondly, it creates practical road marks for the goal of European armed forces.”

The revolutionary handover of sovereignty from the Netherlands is already being seen as a proof of concept that other nations can follow, providing “the closest and most varied example of how far the military cooperation between two nato states can go” (ibid). Last year, German defense minister Ursula von der Leyen set out her ambitions to create “a multinational Panzer division” by integrating soldiers from other nations into the German army.

Die Welt explained, “This should create a unit with up to 20,000 active soldiers, which should be operational by 2021—which would be the nucleus of a European army” (March 17).

Now von der Leyen is taking further practical steps in that direction. The Czech 4th Rapid Deployment Brigade will be integrated into the 10th German Panzer Division and the Romanian 81st Mechanized Brigade will be assigned to Germany’s Rapid Force Division.

These are not mere token forces. The Czech Republic is integrating one of its two combat brigades into the German army (this does not include combat support forces, such as the 13th Artillery Regiment).

At first glance, the plans seem unimpressive. The Franco-German fleet would begin with 10 transport planes. The United States operates more than 5,000. However, Europe is so short of transport planes that even an additional 10 will make a difference. This move is also a proof of concept. If successful, it will serve as a platform that more and more units can be added to. With Britain on the way out, France and Germany are the European Union’s two largest militaries. If they can prove that they can share resources and work together, there’s great potential for cooperation.

Germany will also sign a declaration of intent to join the Multinational Multi-role Tanker Transport Fleet of aircraft led by the Netherlands. The group also includes Luxembourg; Belgium and Norway may also join. Germany said it could spend up to €1 billion on planes, which would be based in the Netherlands and in Germany.

Germany will also expand its cooperation with Norway, with plans to work together in buying submarines and missiles.

Germany has made no secret of the fact that it aims to build a European army through these deals with other nations. It is creating a network of military cooperation—with Germany at the center. In 2013 then-Defense Minister Thomas de Maizière concluded that efforts to create a European army in one sweep were simply not working. Instead, he aimed to create much deeper cooperation within individual nations, gradually building the nucleus of a European army out of bilateral cooperation.

“If Germany can prove that integration can work with the Netherlands and Poland—and they can save a lot of money doing so—other nations will want in. Once Berlin brings a few more countries on line, this project will gain critical mass,” we wrote at the time. “The result would be an EU army, or a very closely coordinated group of armies, centered on Germany.”

U.S. President Donald Trump’s insistence that Europe must bear the burden, the cost and the responsibility of defending itself is further encouraging this effort. Von der Leyen said that German requests to do more were “fair.” They certainly encourage other nations to sign up to the initiatives that Germany began long before Mr. Trump launched his bid for the presidency.

The timing of Germany’s push is deliberate. From February 17 to 19, national defense leaders, politicians and academics will gather in Germany for the Munich Security Conference. Talk of EU military cooperation is included in the conference’s annual report, which has been published ahead of the event. The report includes an infographic illustrating how far the Dutch have gone in integrating with the Germany army. With so much uncertainty about President Trump’s plans for Europe’s defense, extra attention is being focused on the conference this year to see what America will do, and how Europe will react. European military integration is definitely on the agenda.

The rise of a Europe capable of fielding a powerful military force, independent from the United States, would be one of the biggest geopolitical events in the last century and would revolutionize the balance of power around the world.

Herbert W. Armstrong warned of this exact military union for decades. In May 1953, he wrote that “10 powerful European nations will combine their forces.” In August 1978, he warned: “The Europeans are far more disturbed about their safety in relying on United States military power to protect them than Americans realize! …

He saw that this cooperation would not come easily. But Europe is being forced in this direction. For more on how this force is coming together, read our article “Is Europe Finally Ready for an Army?”