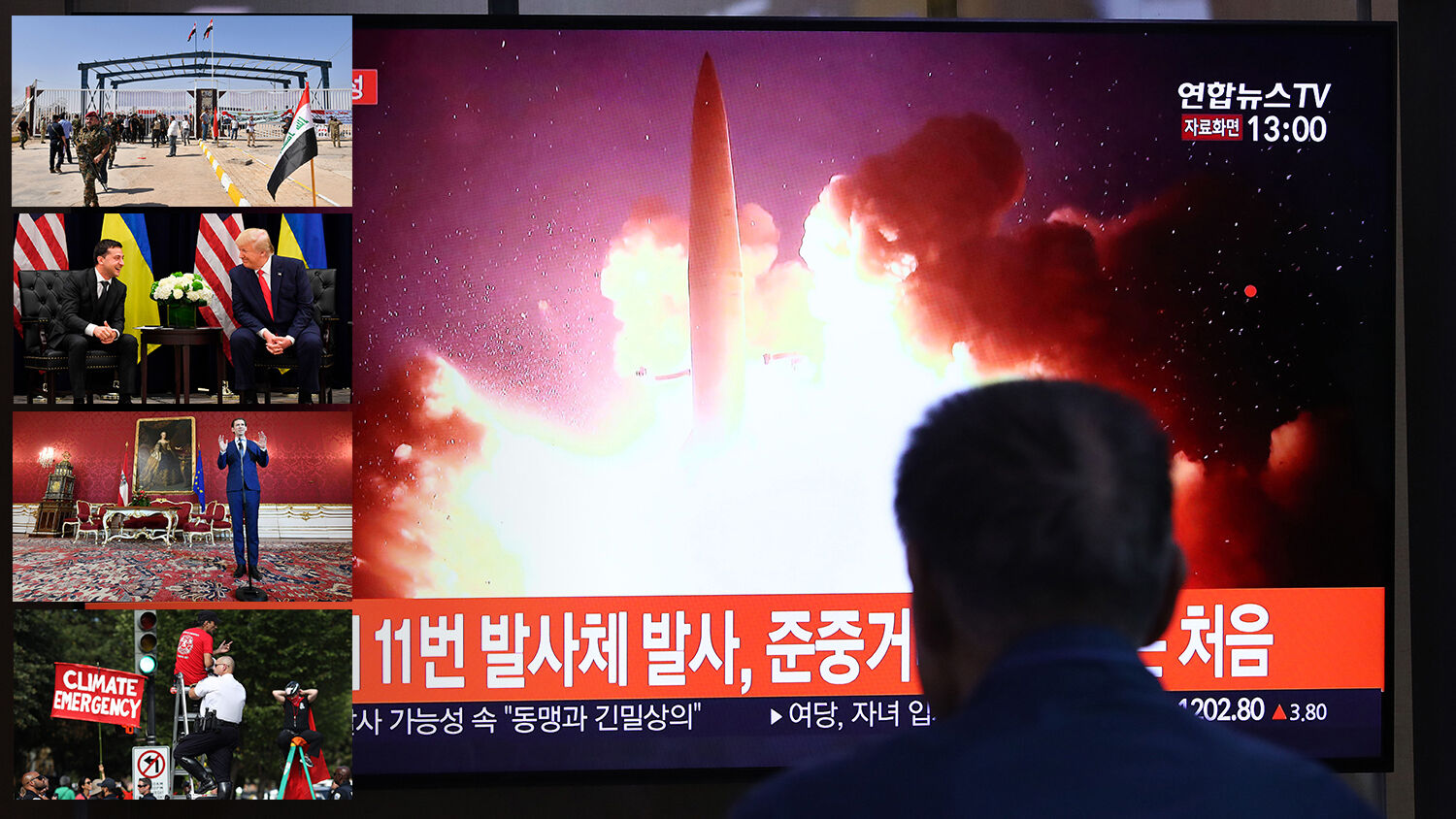 What it actually reveals is another baseless attack against the president.

The attacks continued this week, giving a glimpse into an unseen but dangerous force controlling America today.

North Korea test-fired a solid-fueled, submarine-launched ballistic missile into Japanese waters on October 2, just one day after announcing it would resume working-level talks with the United States about denuclearization.

Japanese officials said the nuclear-capable missile—the longest-range, solid-fuel missile ever tested by North Korea—has a potential range of up to 1,240 miles, which means that it can potentially hit a target anywhere in South Korea and Japan.

Pyongyang’s provocative test and Washington’s indulgent response could drive a broad wedge between the U.S. and its Asian allies.

This could be exactly what North Korea and its main allies—China and Russia—are working to accomplish.

Former Austrian Chancellor Sebastian Kurz won reelection this week by a landslide: 37 percent of the vote.

The elections hold great significance for Germany and all of Europe.

Kurz has stood up for Austria, dealing with the migrant crisis without looking and sounding like a Nazi. Many within Germany are now asking, Where is our Sebastian Kurz? Newspapers have published headlines like “Five Lessons That Germany Can Learn From Austria” and “Is Kurz an Example for the CDU?”, referring to Germany’s main conservative party.

Germany is crying out for someone like Kurz—someone charismatic and competent, someone who will be proud of Germany’s heritage and deal with the migrant crisis.

The Bible says this man is coming.

After eight years of closure, Iraq reopened its Qa’im border crossing with Syria on Monday.

While the crossing is expected to revitalize Syrian-Iraqi trade, its reopening “may enable Iran to move militias and weapons across” much easier and quicker than before, according to the Jerusalem Post’s Middle East expert Seth Frantzman.

This is a critical benchmark in Iran’s ploy to bring the vast swath of land from Iran to the Mediterranean under its control.

A coalition of climate change activists including Extinction Rebellion and Black Lives Matter, recently took to the streets of Washington, D.C., to “shut down” the city. While they did not succeed in a total shutdown, the protesters did succeed in blocking traffic at major intersections, forcing cars to sit idle for hours. They also threw trash in the streets and lit dumpster fires.

The protests were timed to coincide with a speech by 16-year-old climate activist Greta Thunberg at the United Nations Secretariat Building in New York City.

Some climate alarmists may sincerely believe that America has to abandon free-market economics to save the world from an environmental catastrophe. But many of the environmental policies that these would-be central planners are proposing would be worse for the planet than the problems they purport to solve.