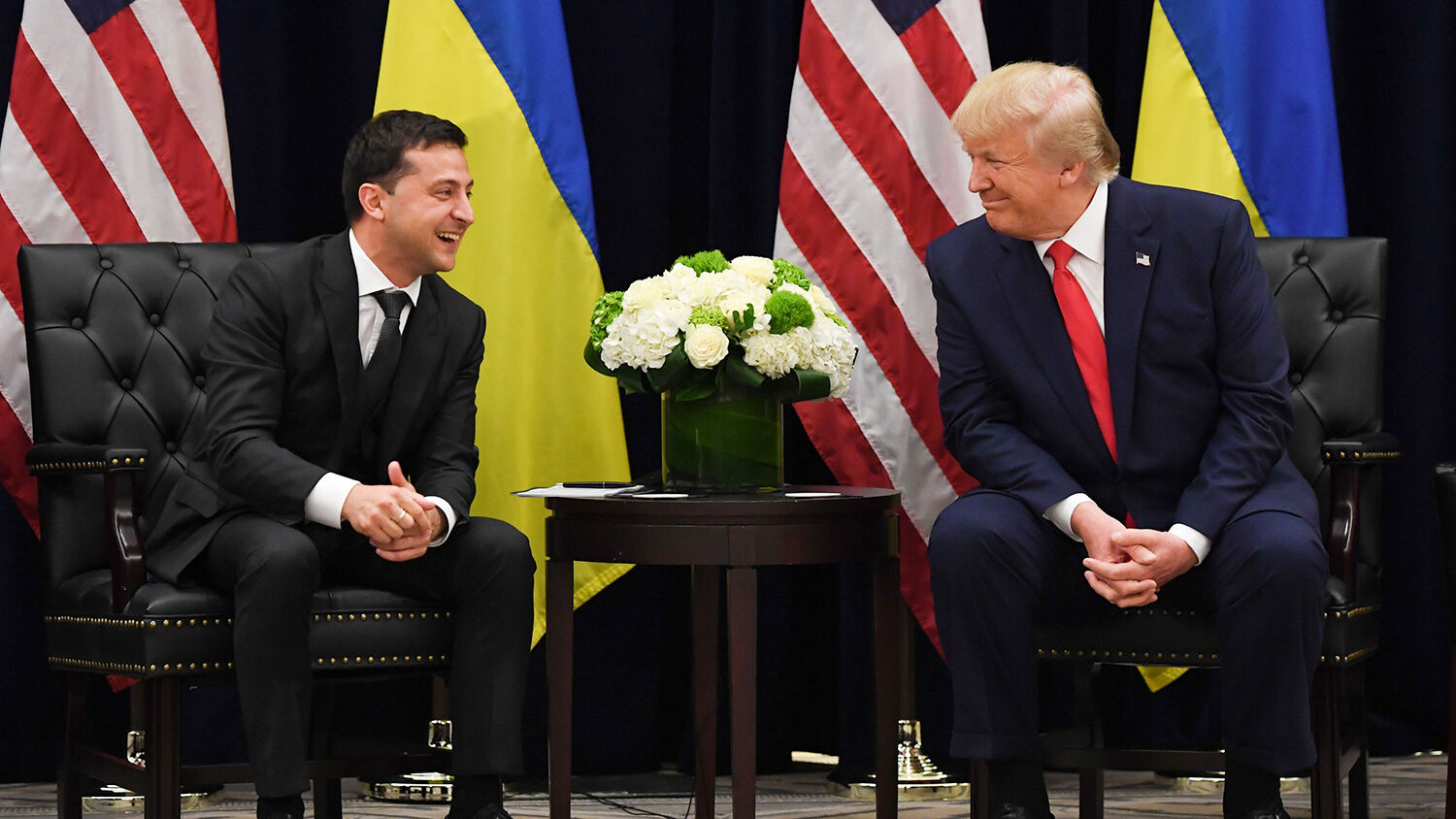 Desperate to undermine the president, the radical left’s accusations reveal a dangerous spirit in American politics.

On September 24, the White House released a transcript of United States President Donald Trump’s phone call with Ukrainian President Volodymyr Zelensky. Democrats have claimed it contains evidence that President Trump coerced Ukraine to smear presidential candidate Joe Biden. What it actually reveals is another baseless attack against the president and a glimpse into an unseen but dangerous force controlling America today.

President Trump made the call on July 25 to congratulate Zelensky on his election victory. Democrats claimed that an anonymous whistleblower brought it to their attention because the president pressed Zelensky for a favor: information about Joe Biden’s son that could damage his campaign.

Before the transcript was released, many media sources were convinced it contained grounds for impeachment. “Already you have some Democrats backtracking and saying, ‘It doesn’t matter specifically what he said, we know what he meant,’” said Stephen Flurry, host of Trumpet Daily Radio Show, on September 25. “We’ve been through this before; it’s the same story, just a different chapter.”

The Democrats have launched an official impeachment inquiry. But did President Trump really twist Zelensky’s arm for political gain?

Mr. Trump did ask for a “favor,” but that favor is actually about investigating the people who were involved with the 2016 election meddling case. The media ignores what comes next, when the president stated, “Our country has been through a lot, and Ukraine knows a lot about it.” He then referred to Robert Mueller, who investigated the 2016 Russian collusion theory (which came up empty).

Joe Biden did brag about strong-arming Ukraine in 2016. He threatened to withhold money from Ukraine if it did not fire the prosecutor who was poised to expose Hunter Biden’s corrupt business dealings with a Ukrainian gas company.

Mr. Trump has been accused of threatening to cut off aid to Ukraine to get information on Joe Biden. But in the transcript, Zelensky brought up American aid and Javelin antitank missiles; Trump hardly mentioned them. The aid Zelensky referred to was American sanctions, which he extolled in comparison to inconsistent efforts by the European Union.

An honest look at the transcript gives no evidence that President Trump threatened Zelensky.

To justify their interpretation of the transcript, cnn quoted former Trump lawyer Michael Cohen saying that “he doesn’t give you questions; he doesn’t give you orders. He speaks in a code. And I understand the code, because I’ve been around him for a decade.” We are to assume that this implicates Trump, and that Zelensky understood his code. The New Yorker claimed that Trump’s impeachment is now certain. It began an editorial by portraying the president as hopelessly outwitted and unable to do anything but admit a corrupt motive.

Read the transcript. The tone of the phone call speaks for itself. It was a friendly exchange and commitment to strong bilateral relations. This is not arm-twisting or threatening. This is basic diplomacy. And the “favor” was unrelated to the 2020 elections.

Attorney General William Barr aptly summarized how the Democrats have interpreted the transcript when he described their strategy in the Mueller hearings. Back then, Democrats were accusing the president of obstructing justice. According to their reasoning, if Mr. Trump did things that were perfectly legal but had a “corrupt” motive, then he was guilty of obstruction. As Mr. Barr put it, “[T]o establish guilt, all that remains is evaluation of the president’s state of mind to divine whether he acted with a ‘corrupt’ motive.”

Trumpet editor in chief Gerald Flurry wrote in his article “Can President Trump Get Control of His Own Divided Government?”:

These men think they can “divine” whether Trump acted with a corrupt motive. That is a well-chosen word William Barr used, and it really is appropriate for what they are doing. It means “to prophesy, to guess, to find out by intuition.” Mueller thinks he can perceive corrupt motive based on intuition—and is basing his case against the president of the United States on intuition!

The radical left hates President Trump and knows that he will likely win in 2020. They are pulling out all the stops to weaken his government and impeach him. cnn called for a “careful deconstruction” of the president’s words. The president has done nothing wrong, but the radical left believes he is guilty because they have “divined” a corrupt motive.

America is clearly polarized and divided. And it will only become worse.

“When you step back and look at the longer term … all of this is revealing a sickness for which there is no ointment, no cure, no medicine. It’s a sickness from head to toe,” said Stephen Flurry in his September 25 radio program.

He was referring to a prophecy in Isaiah, which states: “From the sole of the foot even unto the head there is no soundness in it; but wounds, and bruises, and putrifying sores: they have not been closed, neither bound up, neither mollified with ointment” (Isaiah 1:6). This describes the putrid state of American morals today. No tactic is too base when it comes to impeaching a president hated by the left.

The ultimate cause of division and false accusations is a very real and powerful spirit being: Satan the devil.

In “Saving America From the Radical Left—Temporarily,” Gerald Flurry warned:

This evil spiritual power is influencing the radical left! Most Republicans don’t realize what they are dealing with: people who are absolutely committed to destroying the government of this land!

The division and anger in America is concerning. To learn how these problems will be solved permanently, request your free copy of Great Again, by Gerald Flurry.