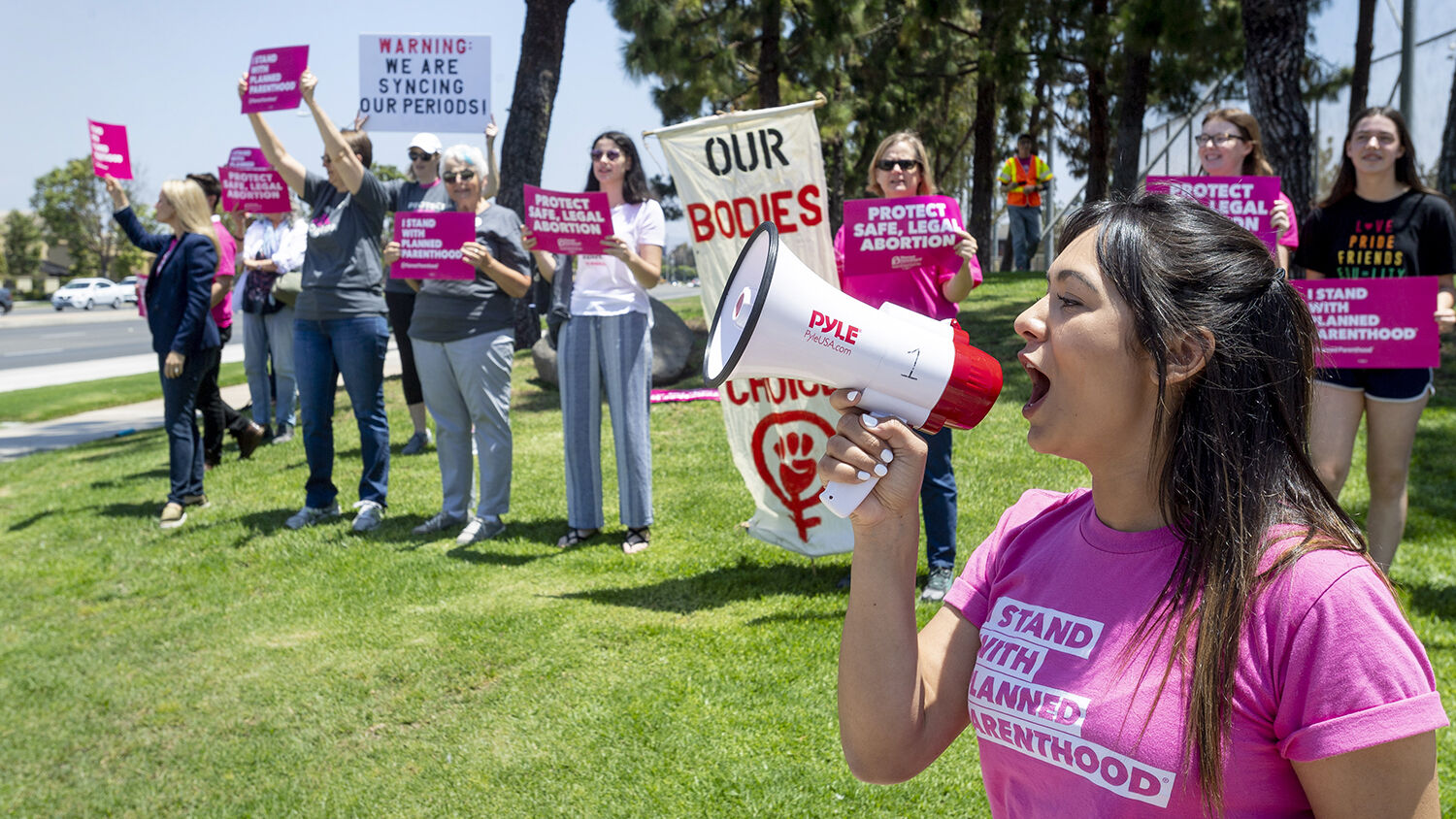 Part of a sinister plot to undermine the family

Just when you thought the Democrat Party couldn’t be any more extreme on abortion.

So much for “safe, legal and rare”!pic.twitter.com/LPHAUdZFUe

This calls to mind the teachings of English cleric Thomas Malthus who wrote the Malthusian Theory of Population in 1798, which states that the population would grow faster than available resources, so preventive checks would need to be enacted to slow down population growth. In Essay on the Principles of Population, Malthus wrote (emphasis added throughout):

All the children born, beyond what would be required to keep up the population to this level, must necessarily perish, unless room be made for them by the deaths of grown persons. It has appeared indeed clearly in the course of this work, that in all old states the marriages and births depend principally upon the deaths, and that there is no encouragement to early unions so powerful as a great mortality. To act consistently therefore, we should facilitate, instead of foolishly and vainly endeavoring to impede, the operations of nature in producing this mortality; and if we dread the too frequent visitation of the horrid form of famine, we should sedulously encourage the other forms of destruction, which we compel nature to use. Instead of recommending cleanliness to the poor, we should encourage contrary habits.

Malthus was against abortion, murder and contraception, and preferred “moral restraint” as the main population check, encouraging abstinence and family planning. However, he declared, “[t]he superior power of population cannot be checked without producing misery and vice.” Misery and vice referred to starvation, plagues, war, contraception and abortion. He believed that moral restraint would not work, “especially among the poor”; therefore, misery and vice would be the only remaining, effective options.

Malthus’s theory has been disproved, as United Nations population projections show human population peaking at 8.5 billion and going down by the end of the century. The increase in population has coincided with improvements in technology, more food production, and thus more efficient use of resources. The Malthusian Theory is, ultimately, only a theory.

Nevertheless, parts of his debunked ideology have prevailed in the population-control movement being peddled by environmentalists. This view is supported by organizations such as Population Matters, whose patrons include figures such as Dame Jane Goodall and Sir David Attenborough, who said, “All our environmental problems become easier to solve with fewer people, and harder—and ultimately impossible—to solve with ever more people.” Population Matters is formed on the belief that environmental problems (mainly climate change) will be solved by population control.

Environmentalist groups such as Population Matters are advocating for smaller and smaller families, but how long will it be before they conclude that family planning and restraint are insufficient? With Sanders’ “strong support” for abortions, “especially in poor countries around the world,” it might not be too long. The worrying part is that abortion and environmentalism are being united by one deadly thread.

Although Malthus was against contraception and abortion, according to a Stanford University study, his theory informed the birth control and eugenics movements in the United States in the early 20th century. Eugenics was “a commonly accepted means of protecting society from the offspring (and therefore equally suspect) of those individuals deemed inferior or dangerous—the poor, the disabled, the mentally ill, criminals, and people of color.”

The eugenics and feminist movements were championed by Margaret Sanger, founder of The American Birth Control League, known today as Planned Parenthood. She argued that “more children from the fit and less from the unfit” was “the chief issue of birth control.” She was involved with the campaign that distributed pamphlets titled “Why and How the Poor Should Not Have Many Children.”

The Planned Parenthood website disavows and condemns Sanger’s eugenicist policies (which were aligned with the Ku Klux Klan and supported by Nazi Germany) and her adherence to its values. However, the statistics paint a different picture.

The Center for Urban Renewal and Education published a report showing that 79 percent of Planned Parenthood’s surgical abortion facilities are located within walking distance of African or Hispanic communities, “which coincides with historical revelations that eugenicists dating to the mid-1900s, ‘[argued] that the most effective way they could advance their agenda would be to concentrate population control facilities within targeted communities.’”

A 2018 New York City Health Department report showed that the number of black live births in the city is exceeded by the number of black abortions each year. A 2015 Centers for Disease Control and Prevention study showed that black women had 36 percent of the total U.S. abortions, despite comprising just 13 percent of the female population. The abortion rates for blacks, Asians and Hispanics are all higher than those among whites. The startling truth is that abortion deaths far exceed those resulting from heart disease, cancer, violent crime and aids. Planned Parenthood might not be intentionally promoting eugenics, but the fact that abortion clinics are located close to minority neighborhoods means the results are definitely pro-eugenics.

While pro-lifers are sometimes slandered as white supremacists, there is near universal silence over the racial disparity in millions of abortion deaths by those who are pro-choice. As William McGurn wrote for the Wall Street Journal:

[W]ho was it who said frankly that the Supreme Court legalized abortion in part because it was concerned about “growth in populations that we do not want too many of?” Ruth Bader Ginsburg has tried to walk back her remark because of its plainly eugenic implications. But that’s the point. Eugenics have been used to justify abortion from the start. It wasn’t Mr. Vance (pro-life author) who worried the “more rebellious members” of the black community might start thinking “we want to exterminate the Negro population.” It was Planned Parenthood founder Margaret Sanger, speaking of the Negro Project—a campaign to get African-Americans to have fewer children.

Eugenics is considered extinct today, but the statistics and figures paint a different story.

Eugenics unites the abortion movement with the climate-change prevention crusade. Bernie Sanders might be the only prominent voice arguing to export abortion to “poor countries” to help fight climate change right now, but Planned Parenthood has been practicing these policies for decades in America’s minority communities. As support for abortion grows, how long before more voices join Sanders in calling for more abortion-oriented aid in poor countries around the world? Their intentions might not be eugenicist, but the result is what eugenics supporters desire.

Indeed, self-declared white supremacist Richard Spencer said that unlike pro-lifers who are “radically dysgenic, egalitarian, multiracial, human-rights thumpers,” white supremacists “want to be eugenic in the deepest sense of the word.” With Sanders’s support of abortion for population control, we could be witnessing the fledgling move to export and globalize this idea in the name of offering freedoms and liberties to poor women in poor countries.

Fertility rates in the Western world are lower than the 2.1 children per woman required to sustain a population. This should be enough for those who believe that the population level is putting the Earth at risk. In truth, the push for abortion is a direct assault on the family.

This assault is being led by none other than Satan the devil, the god of this world (2 Corinthians 4:4). He hates the idea of family and is doing everything possible to bring it down. Sadly, he is succeeding. Trumpet editor in chief Gerald Flurry writes in The God Family Vision (request your free copy today), “Satan hates the family because it is a God-plane relationship. That means it is a type of the God Family. The individual human family was designed to help prepare us for the God Family.”

This is what Satan wants to destroy, and he does not discriminate against race, age, country or any other demographic. He is attacking family everywhere, devaluing human life, and killing children in the name of empowering women and protecting the environment.

Despite the globalization of this evil movement, God’s purpose for mankind is the shining beacon of hope in this ever darkening world. In his article “The Inspiring Truth Abortionists Should Know,” Trumpet managing editor Joel Hilliker wrote:

Our world is rife with the attitudes … that lead to illicit sex, and to unwanted babies. And to brutal abortions on a mass scale. And to celebrating this ghoulish reality. God is already correcting us for these sins, and that correction is about to get far more severe. One day soon, however—thanks to that correction—people will get reacquainted with the Creator they have turned their backs on. And they will learn to cherish the sanctity of the gift of life.

Very soon, Jesus Christ will return to this Earth to reestablish God’s law and teach all of mankind about the true purpose of life and of man. All human life will be valued as it should, and Satan will be deposed from his evil, murderous rulership of this world.

To learn more about God’s purpose and plan for family on this Earth, request your free copy of The God Family Vision, by Gerald Flurry.