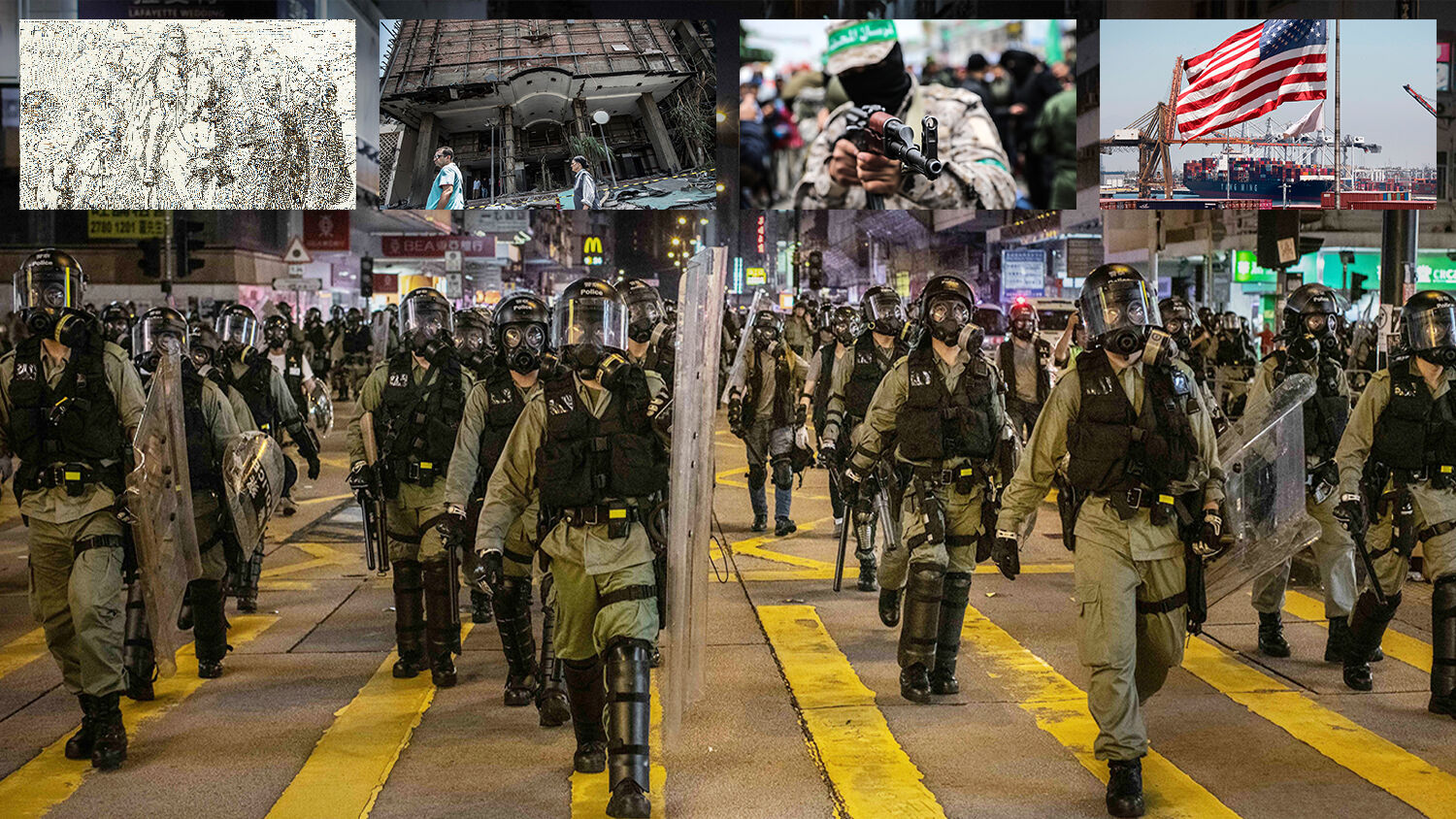 Germany needs a strong leader, someone like Henry the Lion, a medieval warlord who practiced military conquest and supported the Holy Roman Empire. That is essentially the message of an article published on Tuesday by the Local, an English-language German news website.

The article was titled “Meet the Medieval German Warlord With a Message for Modern Politicians.” Its quip read, “In an age of uncertainty and upheaval, it pays to have strong leaders. Perhaps Germany could draw from history for inspiration.”

Not stated, but clearly present, is the lesson for modern Germany: An autocratic, fierce leader is fine, just as long as he fixes Germany’s problems. That sentiment pervaded in the nation during the Nazi era. Bible prophecy says it will pervade again in Germany, one last time.

On Sunday evening, a car loaded with explosives and belonging to a faction of the Muslim Brotherhood turned onto a one-way street in Cairo and collided with an oncoming car, setting off a lethal explosion.

The attack killed 20 people and injured 47 others. Reports immediately after the incident described bodies lying motionless on the ground, with people, cars and buildings engulfed in flames.

A statement released by Egypt’s Interior Ministry on August 5 said that the explosives in the car were apparently intended for a different target, but were detonated early by the collision.

A prophecy in Daniel 11:40-42 shows that in this end time, Egypt will ally with radical Islamists in Iran, in a bloc known as “the king of the south.” Trumpet editor in chief Gerald Flurry wrote in 2003, “This prophecy indicates that there would be a radical change in Egyptian politics!” Muslim Brotherhood terrorism will play a major role in this Islamic shift.

According to a recent report, the lone Jewish state may yet again face a coordinated Arab attack that could overwhelm its defenses. Israeli defense officials say they believe Hamas and Iran have come to an agreement: If war breaks out in Israel’s north, Hamas and Palestinian Islamic Jihad will open a southern front to divide Israeli troops and air defenses. This pincer movement has reportedly been orchestrated by Iran.

In July, Hamas Deputy Chief Saleh al-Arouri was quoted as saying, “We are on the same path as the Islamic Republic—the path of battling the Zionist entity and the arrogant ones.” Bible prophecy informs us that words like these are not empty bluster.

According to President Trump, Chinese President Xi Jinping is “not going fast enough” in increasing his country’s purchases of U.S. agricultural goods and in preventing Chinese criminals from trafficking fentanyl into America.

China has responded to the new tariffs by ordering state-owned businesses to cease purchasing U.S. agricultural products altogether. Earlier in the week, China caused its currency to fall below 7 yuan to the dollar, which economics commentator Jeremy Warner said was essentially a declaration of “all-out economic war on Donald Trump’s America.”

Indeed, “Trade Wars Have Begun,” as we wrote in April 2017. The Bible prophesies that this is how World War iii will start.

Hong Kong has been in turmoil for nearly two months. Residents of the territory, which is part of China but operates as an autonomous region, are intensely resisting the Communist Party of China’s attempt to seize control. This unrest, however, may provide the Communists with the perfect excuse to take more control than ever before. China has indirectly threatened that unless the protests quickly and peacefully end, it will intervene—with force.

To learn more about where China’s actions in Hong Kong and around the world are leading, read “China Threatens Intervention in Hong Kong” and “China Is Steering the World Toward War.”