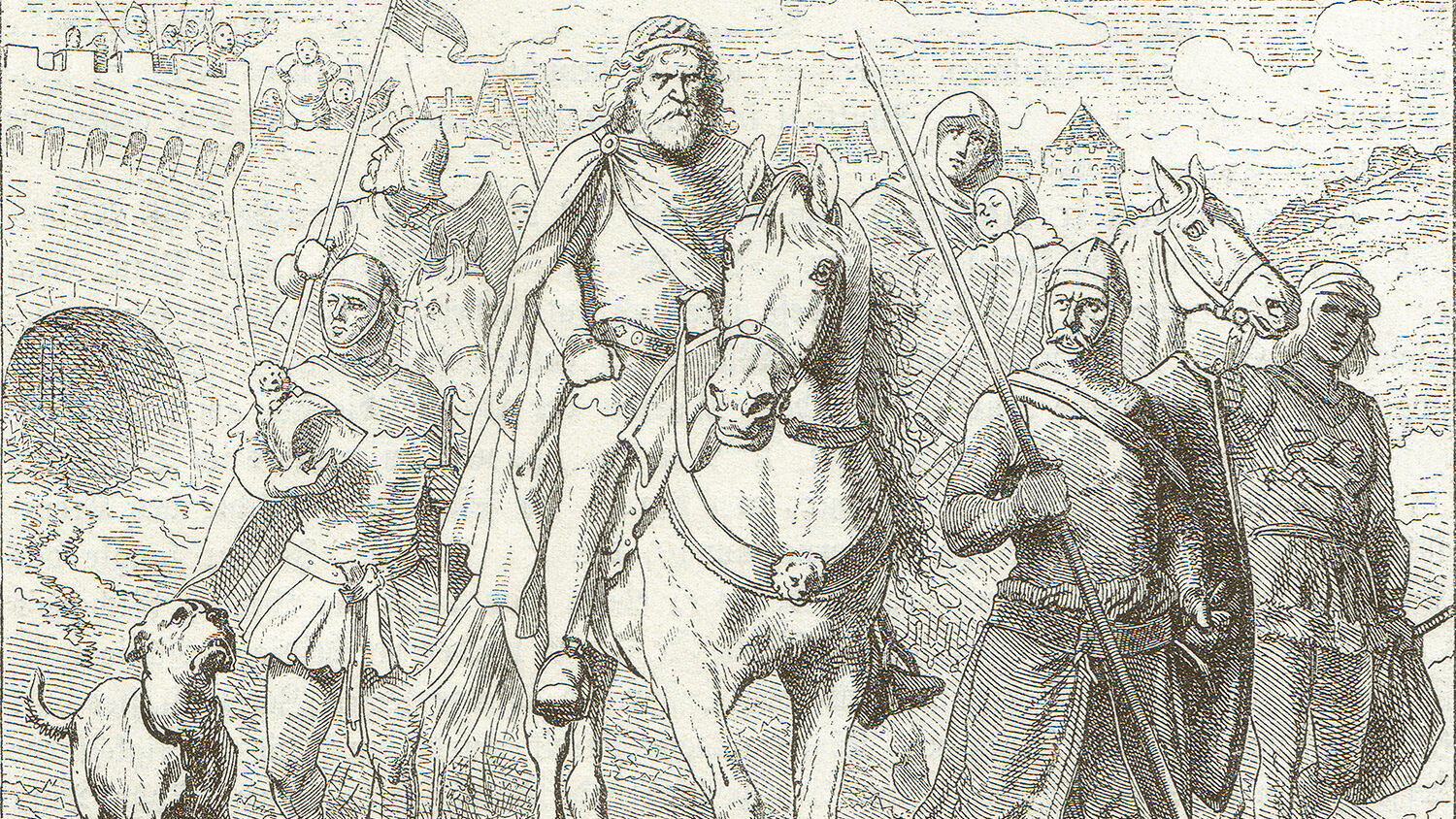 Germany needs a strong leader, someone like Henry the Lion, a medieval warlord who practiced military conquest and supported the Holy Roman Empire. That is essentially the message of this article published at the Local, an English-language German news website read by more than 5 million people.

The article, published Tuesday, is titled “Meet the Medieval German Warlord With a Message for Modern Politicians.” The quip reads, “In an age of uncertainty and upheaval, it pays to have strong leaders. Perhaps Germany could draw from history for inspiration.”

The article gives homage to Heinrich der Löwe (Henry the Lion), the powerful 12th-century German prince who ruled Saxony and Bavaria and established the village that became Munich. Henry the Lion was cousin to Frederick i, leader of the Holy Roman Empire; together they conquered large swathes of territory, violently subjugating dukes and duchies from the Baltic Sea to the shores of Sicily.

The article recognizes Henry’s partiality for tyranny and violence with disturbing indifference: “Of course, Henry the Lion … was a medieval warlord with a penchant for a good scrap, but that doesn’t mean he didn’t have his good points.” Another sentence reads: “In between forays to the frontier of his holdings, and giving the Italian states a good kicking, Henry managed to marry well.”

Not stated, but clearly present, is the lesson for modern Germany: An autocratic, fierce leader is fine, just as long as he fixes Germany’s problems.

Then there’s this paragraph: “Struggling to see what relevance any of this might have to a modern leader? Well, it’s like this: Henry’s continual investment in his lands and his balance between military conquest and encouraging the cultural life of his subjects left his realms—even the ones he lost—more developed and stable than when he inherited them” (emphasis added).

There it is again: Military conquest is fine—it is even positive—if it produces development and stability.

This is only one article. Germany isn’t about to fire up the panzers and invade Poland tomorrow. But the sentiment here is noteworthy and alarming. It is another sign of the growing appetite in Germany for a strongman and an indication that many Germans will be OK with him being an autocrat or having a liking for military conflict. The article strongly implies that this is exactly what Germany needs: a modern-day Henry the Lion.

Following World War ii, Germany made a valiant attempt to shed militarism and embrace pacifism. The nation devoted minimal resources to its military and was reluctant to get involved in military conflicts. For years, it was taboo to speak in positive terms about topics such as the Second World War, Nazism, past military campaigns, nuclear weapons, or military expansion and development. For decades, the shame and guilt of World War ii repressed the urge for a strongman and a stronger, more militaristic, more assertive government.

But this is changing. Germany today is much more comfortable praising the military and talking about expansion. Germany is talking about its past in a whole new manner. Germany’s “culture of remembrance is crumbling,” wrote Paul Hockenos in the New York Times last April.

He continued: “In the Bundestag, the [far-right Alternative für Deutschland party] members speak about foreigners, the Holocaust and Muslims in a way that a decade ago would have triggered a full-blown scandal—but that today is commonplace. They downplay the significance of the Nazi era, and demean efforts to reconcile with the past, like the Holocaust memorial in Berlin. Popular tv shows and bestsellers set in the Nazi era treat Germans as victims, not perpetrators. At the same time, 40 percent of young Germans say they know very little or nothing about the Holocaust.”

One poll taken by the University of Leipzig last November showed that 40 percent of Germans could see themselves under an authoritarian regime. “Unfortunately, 40 percent of the people are in favor of more authoritarian social structures,” said Oliver Decker, the head of the study at the Leipzig-based Competence Center for Right-Wing Extremism and Democracy Research. The same poll showed that only 30 percent of the population has a decidedly positive view of democracy.

Mull for a moment on those figures and what they would look like if and when manifested in real political terms. Why aren’t more people talking about these outrageous facts?

Consider this trend in light of the enormous pressures facing the German people: the migrant crisis, the intense disillusionment with Germany’s mainstream political parties and the shift toward extreme parties, and more recently, Germany’s worsening economy. How much pressure can the German people handle before they abandon democratic principles and demand a strong leader?

Germany is primed to experience an epic transformation.

In 2015, Trumpet editor in chief Gerald Flurry published a booklet titled A Strong German Leader Is Imminent. This powerful booklet is one of many writings by Mr. Flurry and the late Herbert W. Armstrong prophesying the rise of a strongman in Germany and a final resurrection of the Holy Roman Empire.

In an article titled “Germany—A New King Is Imminent,” published in the January 2019 Philadelphia Trumpet (our free newsmagazine), Mr. Flurry warned: “Every reader should closely watch Germany. This nation is experiencing changes that will reshape the country and the whole of Europe. Yet, remarkably, most of the world is asleep to these dramatic developments.”

If you haven’t done so, I urge you to study what the Bible says about Germany’s coming revolution and the coming Holy Roman Empire. These biblical prophecies are being fulfilled right now and they will impact your life. In addition to the literature noted above, you could also read The Holy Roman Empire in Prophecy.

For many years, it was rare to hear Europeans fondly discuss the Holy Roman Empire and make the case for a modern reincarnation. Today, it is almost routine. Like this week’s Local article, journalists, politicians and academics in Germany and Europe commonly highlight the merits of men like Henry the Lion, Frederick i and Charlemagne.

Of course, these people believe that a 21st-century Henry the Lion or Charlemagne and a newly resurrected Holy Roman Empire would be positive for Europe and the world. The Trumpet uses Bible prophecy to show that the Holy Roman Empire is the main power that will initiate World War iii, bringing an end to the age of man.

We might have different views of the future, but we both agree: The Holy Roman Empire is back!