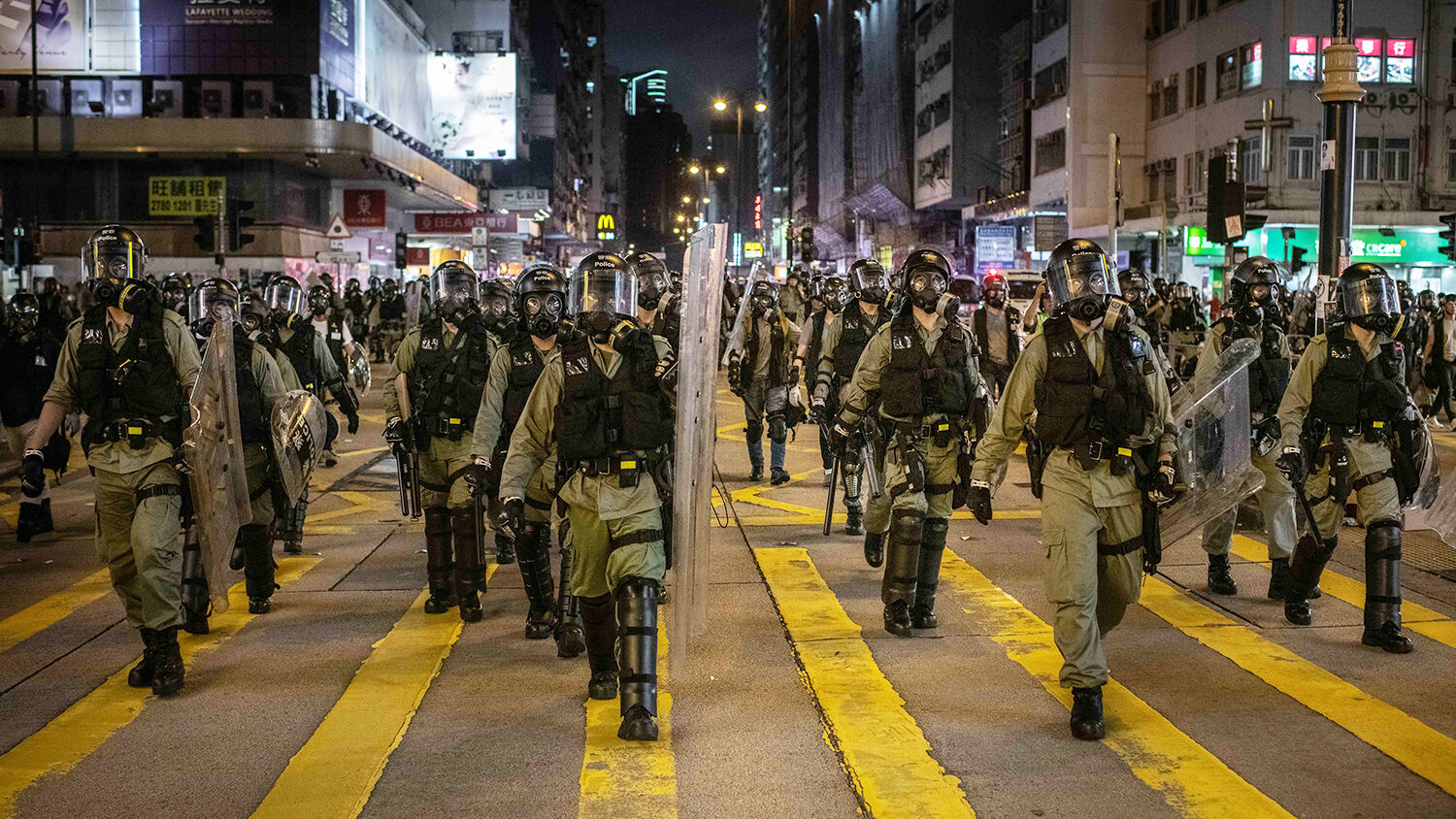 Hong Kong has been in turmoil for nearly two months. Residents of the territory, which is part of China but operates as an autonomous region, are intensely resisting the Communist Party of China’s attempt to seize control. This unrest, however, may provide the Communists the perfect excuse to take more control of Hong Kong than ever before. China has indirectly threatened that unless the protests quickly and peacefully end, it will intervene—with force.

On June 9, an estimated 1 million people marched in protest in Hong Kong to an extradition bill that would allow China to easily transfer anyone suspected of breaking Chinese law to mainland China, where courts are controlled by the Communist Party. This would trigger the end of Hong Kong’s cherished “One Country, Two Systems” government, established after Britain ceded control of the territory in 1997.

Hong Kong Chief Executive Carrie Lam suspended the bill on June 15 and acknowledged that the “bill is dead” on July 9. Yet the protests have continued to grow in size and violence. Hong Kong protesters say the Communists will wait until the turmoil subsides and then force through a power grab. China’s response has turned from relative silence to repeated threats of forceful intervention.

The threat of intervention began with government-controlled media. Then politicians denouncing the protests indicated that China should act to bring Hong Kong back under control.

The latest threat from China has come in the form of a July 31 military riot-control video that is clearly aimed at Hong Kong.

The caption released with the video says: “The pla’s [People’s Liberation Army’s] Hong Kong Garrison is an important embodiment of China’s national sovereignty, a vital force of safeguarding the ‘One Country, Two Systems,’ and a cornerstone in maintaining Hong Kong’s prosperity and stability. What we have been doing is preparing for war, training hard on enemy-killing skills, and keeping our weapons ready, and always ready to attack!”

The Communist Party and the “enemy-killing skills” of its military are clearly more interested in the “One Country” idea than the “Two Systems.”

The video depicts soldiers running through city streets, firing automatic rifles, and scaling buildings. Lines of soldiers move forward in unison and fire at the crowds, yelling, “Fall back.” In another scene, a soldier shouts in Cantonese, “All consequences are at your own risk,” while troops march forward. (Cantonese is the main language spoken in Hong Kong.) A sniper blows apart his target, tanks and armored vehicles deploy, soldiers rappel from helicopters onto ships, and missiles are launched at targets. Then the intense music changes to inspirational tones, as scenes of explosions change to pristinely uniformed soldiers, cheering crowds, people waving Chinese flags, and interviews with people praising the pla.

In early July, a pla commander told a United States military official that troops would not be used to control the protests. Since then, however, events have indicated otherwise.

At a celebration on the 92nd anniversary of the Chinese military, pla Hong Kong Garrison Cmdr. Chen Daoxiang said that the protests would not be tolerated and that the Army would protect China’s sovereignty. According to Hong Kong’s Basic Law, the People’s Liberation Army can be deployed at the request of Hong Kong’s government.

At an August 6 press conference, Yang Guang, spokesman for the Hong Kong and Macao Affairs Office of the State Council, reiterated that the police were “capable” of handling the situation, but he also added that the pla is a strong, reliable and civilized force that upholds Communist Party laws.

When asked, “Can you rule out military force?” Yang simply responded, “We will not let any acts attacking the principle of ‘one country, two systems’ go unpunished.”

Almost simultaneously with the press conference, 12,000 police officers gathered in Shenzhen to practice anti-riot drills for the 70th anniversary of the People’s Republic of China.

Despite all these dangers, continued protests are becoming increasingly intense and even violent.

The threat of Chinese involvement in Hong Kong is plausible. The Bible also indicates Hong Kong is unlikely to escape China’s grasp in the long-run.

Hong Kong was once part of the expansive British Empire. In his free book The United States and Britain in Prophecy, Herbert W. Armstrong explains how Britain is the direct descendant of Ephraim, a tribe of ancient Israel. God promised that it would become a great company of nations, a wealthy empire (Genesis 35:9-11). (Prove Britain’s identity by reading The United States and Britain in Prophecy.)

Although God blessed Britain immensely, He also warned that if it disobeyed, He would take away its many blessings and “break” the pride of its power (Leviticus 26:19).

With the end of British rule in Hong Kong, we see a final act performed in the closure of an empire—a God-given empire—and the hastening of the fulfillment of the prophesied curses upon a spoiled and ungrateful nation, the British people. … The pride of British power is broken! With the handover of Hong Kong to China on June 30 goes the last vestige of glitter from the international crown of British rule.

God also warned that with disobedience, the modern-day nations of ancient Israel would lose control of their foreign sea gates (Deuteronomy 28:52). The U.S. and Britain once controlled all the major sea gates of the world, but God has taken them away, one by one, because of disobedience. One of these sea gates is Hong Kong

In the July 2016 issue of the Philadelphia Trumpet, editor in chief Gerald Flurry wrote:

Britain actually gave the South China Sea prize of Hong Kong to the People’s Republic of China in 1997. Now that U.S. military presence in the area has been drastically reduced, China is claiming the entire South China Sea as its own! … Whoever controls these vital sea gates controls one third of the world’s maritime commerce. … Everything is headed in the direction of war.

These statements are proving true in Hong Kong right now. Chinese anti-riot forces gathering near the border and propaganda videos showing the violent suppression of protests provide evidence that China is ready to rule forcefully this strategic territory. Like Mr. Flurry said, it appears that China “is headed in the direction of war.”

To learn more about where China’s actions in Hong Kong and around the world are leading, read Mr. Flurry’s article “China Is Steering the World Toward War.”