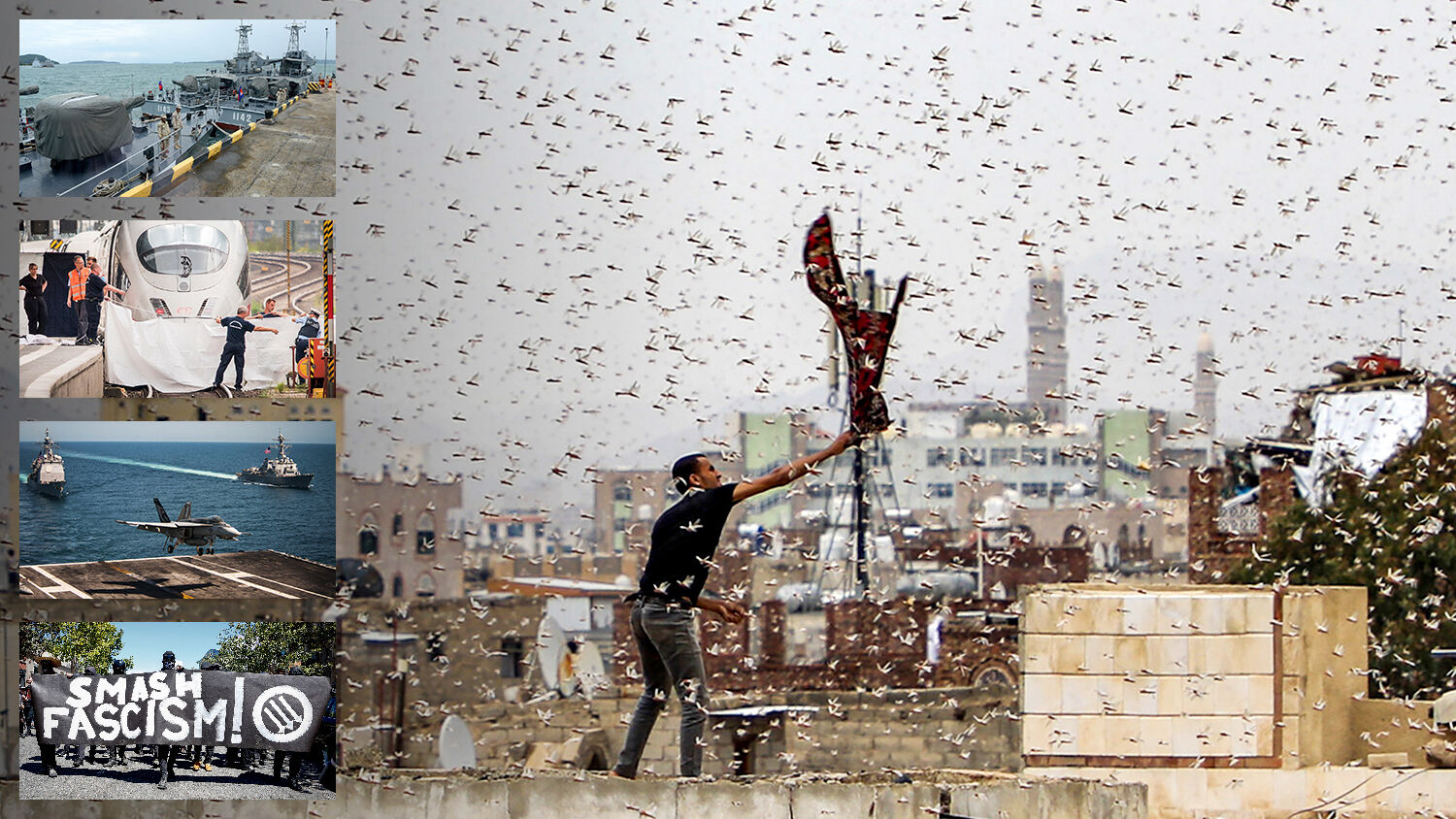 An Antifa terrorist threw firebombs at an Immigration and Customs Enforcement facility in Tacoma, Washington, on July 13. The terrorist, Willem Van Spronsen, also lit a car on fire and pointed a rifle at police officers. After police killed him in a shootout, pro-Antifa social media accounts praised Van Spronsen as a martyr.

Journalist Andy Ngo had a different take on Van Spronsen’s actions. Ngo was hospitalized last June after being beaten by Antifa protesters in Portland, Oregon. After this latest attack, Ngo wrote an article for the New York Post identifying Von Spronsen’s attack as “a new chapter in the return of armed left-wing terrorism to the United States.”

That’s the unfortunate outcome prophesied in the Bible.

China and Cambodia have signed a deal granting the Chinese military use of a naval base on Cambodia’s coast.

The Wall Street Journal broke the story on July 22, noting that, while the Chinese and Cambodian governments have denied the reports, “United States and allied officials” obtained “an early draft” of the agreement and were certain that “a deal had been done.”

The agreement grants China’s People’s Liberation Army exclusive rights for 30 years to a 62-acre section of the Ream Naval Base, allowing it to station soldiers, weaponry and warships there.

This is the latest milestone in China’s quest to become a global military power.

An Eritrean citizen shoved a mother and her 8-year-old son into the path of an express train entering Frankfurt’s main station shortly before 10 a.m. on July 28. The attack caused major chaos and ignited outrage from citizens and government officials, adding fuel to an already raging debate over immigration and the status of foreigners in Germany.

The mother was able to roll out of the way of the oncoming train; however, she was unable to save her son.

Many Germans focused their outrage not only on the attacker for his crime but also on German leadership for their failure to resolve the nation’s migrant crisis.

Bible prophecy reveals that Germany will clamor more and more for stronger leadership—just like they have in the past. The final outcome spells trouble for many nations.

United States ambassador to Germany Richard Grenell made a formal request on Tuesday for Germany to participate in American-led patrols in the Strait of Hormuz. But Germany has refused to join the U.S.-led mission to protect shipping in the Persian Gulf.

It has not, however, ruled out a purely European initiative, German Foreign Minister Heiko Maas told Spiegel Online on July 31. Maas stated, “The German government will not take part in the sea mission presented and planned by the United States,” but it is in “close coordination with our French partners.”

This development is significant because of an end-time Bible prophecy that shows a European power militarily intervening in the Middle East in a manner no other power will. It’s only a matter of time.

What has often been dubbed the ultimate Bible plague is coming to Egypt’s neighbors: the devouring locust. The United Nations Food and Agriculture Organization warned recently that desert locusts are on course to wreak havoc on agricultural production in Yemen, Sudan, Eritrea, Ethiopia and Somalia.

“There is a moderate-to-high risk of the desert locust situation escalating further in the interior and coastal areas of Yemen and in the interior of Sudan, causing swarms to form that would threaten agricultural production by the end of the summer,” the Food and Agriculture Organization wrote. “This will be followed by further increases along both sides of the Red Sea during the upcoming winter from November onwards.”

The desert locust’s potential for destruction is immense.

Thankfully though, God prophesied of a soon-coming time when He will powerfully intervene in the affairs of men and save us from the plague of both figurative and literal locusts: “I will restore to you the years that the locust hath eaten, the cankerworm, and the caterpiller, and the palmerworm, my great army which I sent among you. And ye shall eat in plenty, and be satisfied, and praise the name of the Lord your God, that hath dealt wondrously with you: and my people shall never be ashamed. And ye shall know that … I am the Lord your God, and none else: and my people shall never be ashamed” (Joel 2:25-27).