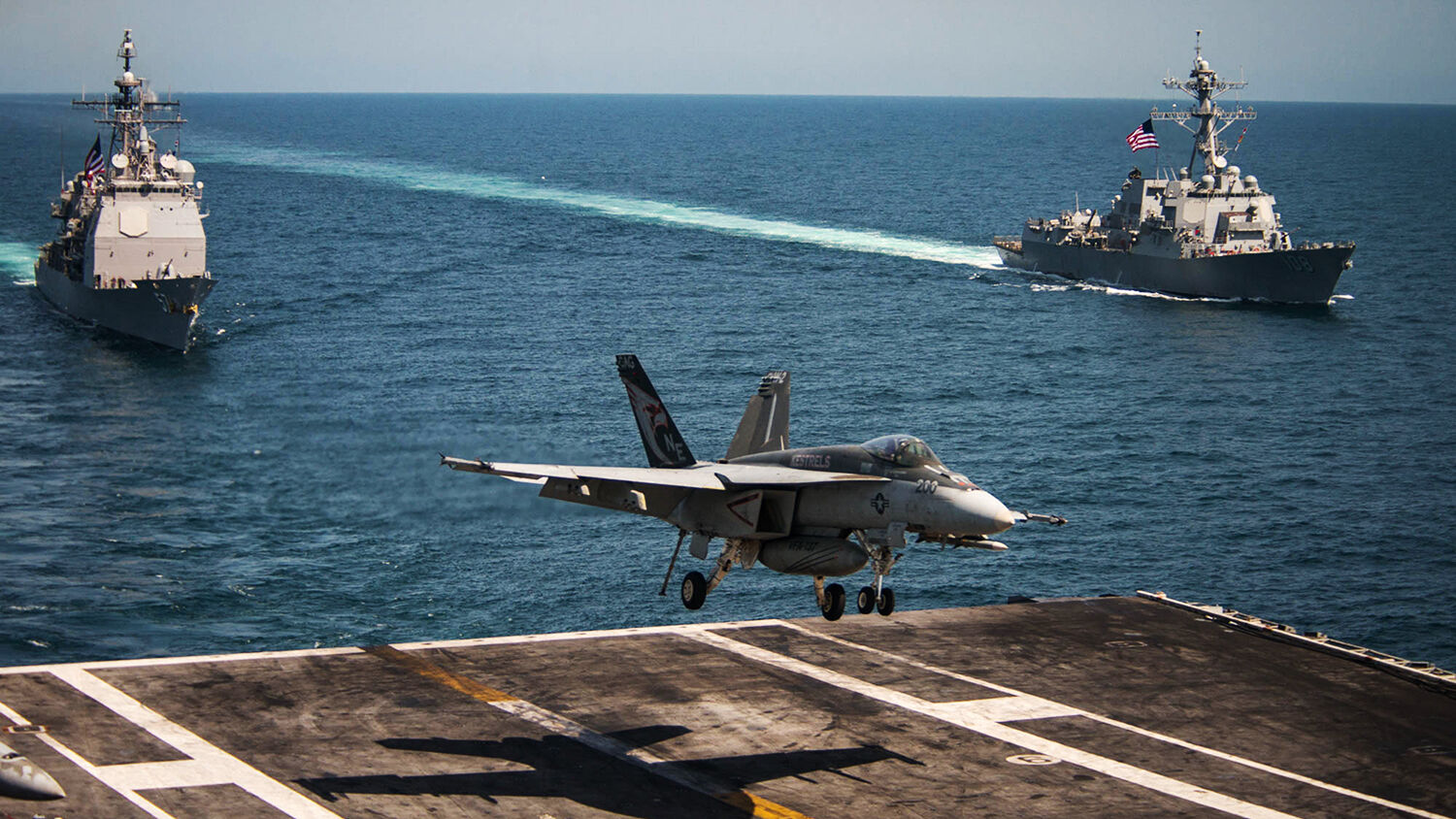 The U.S. Navy patrolling the Pacific Ocean in May 2017 to promote regional peace and security in the region.
Sean M. Castellano/U.S. Navy via Getty Images

United States ambassador to Germany Richard Grenell made a formal request on Tuesday for Germany to participate in American-led patrols in the Strait of Hormuz. But Germany has refused to join the U.S.-led mission to protect shipping in the Persian Gulf. It has not, however, ruled out a purely European initiative, German Foreign Minister Heiko Maas told Spiegel Online on July 31.

Grenell told German newspaper Augsburger Allgemeine, “America has sacrificed a lot to help Germany remain a part of the West.” He said that because Germany has benefited from American economic support, its “success brings with it global responsibilities.”

Bloomberg reported that a spokeswoman for the American Embassy in Berlin followed up on Grenell’s statement, saying, “Members of the German government have been clear that freedom of navigation should be protected. Our question is, Protected by whom?”

Germany refused the American request. Its politicians said they disapproved of working alongside the U.S. out of fear that doing so would bind them to act in the event of attacks on American interests. Nils Schmid, the Social Democratic Party spokesman for foreign affairs, told Frankfurter Allgemeine that his party opposed the idea because Germany “wouldn’t be able to pull out should the U.S. decide to escalate.”

“We do not want a military escalation.”

German Foreign Minister @HeikoMaas says Germany will not participate in the US sea mission in the Strait of Hormuz. #Iran pic.twitter.com/L65TY78skx

The entire situation reveals how far the trans-Atlantic alliance has fallen. Bloomberg wrote, “The matter of a naval mission to the Persian Gulf is a test of whether the U.S.—or at least [President] Donald Trump—has any serious allies in Europe other than, perhaps, [British] Prime Minister Boris Johnson.”

Germany may seem uninterested in securing the Strait of Hormuz. But it is actually interested in involvement, but in a different way than America would like.

Germany has made clear that if it gets involved, it will be an all-European mission.

This gives Germany, Europe’s largest economy and leader of the European Union in all but name, much more control over how and when the mission is performed. Maas stated, “The German government will not take part in the sea mission presented and planned by the United States,” but it is in “close coordination with our French partners.”

France has not yet made a formal announcement, but it is also likely to choose a European, German-led initiative over an American one.

The Strait of Hormuz is “the world’s most important oil transit choke point,” according to the Energy Information Administration. France is Europe’s second-largest consumer of crude oil and relies heavily on imports. According to a study by Cambridge Econometrics, EU nations import around 40 percent of their oil from countries in the Middle East and Africa. Saudi Arabia is currently the top supplier, according to Bloomberg. War in this vital choke point would drive up oil prices.

Iran is sabotaging and seizing oil tankers in the Strait of Hormuz to disrupt the global oil market and further escalate tensions with the United States and its allies: https://t.co/WpCeybPmdP pic.twitter.com/BeFzRUeghh

When this happens, Europe will be under greater pressure than ever to act. It may have refused American leadership, but the EU will not allow its strategic waterways to be conquered by Iran.

Why does the Trumpet watch Europe when America is all over the headlines as the most likely candidate to start a war with Iran?

We have identified Germany for many years as the leader of the biblical “king of the north” and Iran with its terrorist proxies as “the king of the south.” These two world powers are destined to clash with each other. You can read more about why in our free booklet The King of the South.

Hormuz is the largest oil choke point, but not the only one. Iran is also prophesied to gain influence in Libya, Egypt and Ethiopia—all of which are located near vital waterways.

Prophecy says that Iran will “push” at German-led Europe (Daniel 11:40). Iran’s meddling in trade routes, such as Hormuz, is one example of this push.

Daniel 12:1 shows that this push results in “a time of trouble, such as never was since there was a nation even to that same time.” This refers to our age, the only time in history when mankind has been capable of inflicting such suffering with weapons of mass destruction.

Although the U.S. is prominently featured in other prophecies, it is not even mentioned in Daniel 11 and 12. The United States will not be involved in Europe’s clash with Iran.

The U.S. is losing influence in the Middle East, and Germany is turning away from America to rely more heavily on France and other European nations. Whether or not U.S. forces are involved in skirmishes with the Iranian Navy, prophecy shows that it will be Germany, currently reluctant to act, that will put an end to Iran’s pushy foreign policy.

The Bible reveals the exact manner in which Germany is currently planning to attack Iran and tells exactly how it will end.