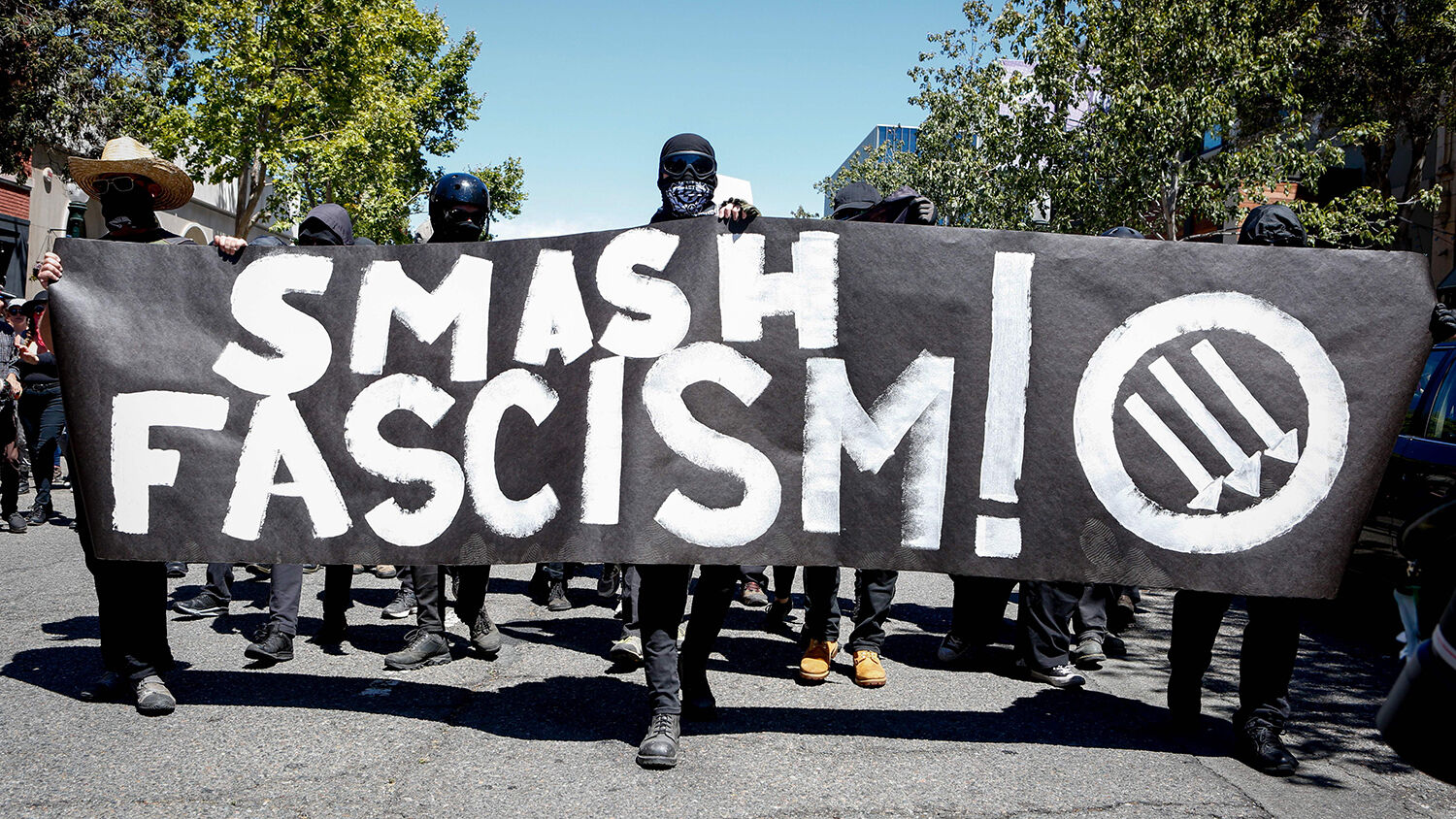 President Trump says Antifa is a domestic terrorist organization. Is he right?

An Antifa terrorist threw firebombs at an Immigration and Customs Enforcement facility in Tacoma, Washington, on July 13. The terrorist, Willem Van Spronsen, also lit a car on fire and pointed a rifle at police officers. After police killed him in a shootout, pro-Antifa social media accounts praised Van Spronsen as a martyr.

Journalist Andy Ngo had a different take on Van Spronsen’s actions. Ngo was hospitalized last June after being beaten by Antifa protesters in Portland, Oregon. After this latest attack, Ngo wrote an article for the New York Post identifying Von Spronsen’s attack as “a new chapter in the return of armed left-wing terrorism to the United States.”

Van Spronsen wrote a manifesto before his attack, characterizing it as an attempt to liberate a “concentration camp” from “the forces of evil.” He referenced the famous Marxist Howard Zinn’s book, A People’s History of the United States, as proof that fascism is rampant in America today. Conservative journalist David Horowitz has called Zinn’s book “the Mein Kampf of the Hate-America Left.” It paints America as a fascist power and inspires Antifa radicals to believe that detention centers for people trying to illegally emigrate to the U.S. are the same as Nazi concentration camps.

Antifa and the radical fringes of Black Lives Matter believe a twisted version of history, one in which America has done more harm than good in the world. This is a primary reason many of these radicals are willing to commit acts of terrorism. Like Van Spronsen, they believe they are at war with “the forces of evil” when they attack police and conservative journalists.

Sen. Bill Cassidy introduced a resolution five days after Van Sprousen’s attack that would brand Antifa as “a domestic terrorist organization.” President Donald Trump expressed support for the move in a July 27 tweet, saying that it would be “easier for police to do their job” if Antifa was designated “a major Organization of Terror.”

Left-wing activists from across the U.S. and Germany have used the president’s tweet to rally to Antifa’s defense, with many using the hashtag #IchBinAntifa (I Am Antifa) to express their support. This German-language hashtag is a reference to Antifa’s roots in 1920s Germany as a street gang that fought the Nazis. Few people bring up the fact that the original Antifa fought the Nazis as the paramilitary arm of the Communist Party of Germany. It was a violent part of a political force trying to transform Germany into a Communist dictatorship.

Like the original party, today’s Antifa is dedicated to using violence to achieve its political goals. But since there are so few actual fascists in the U.S. to fight, Antifa members instead target libertarians and constitutional republicans. Their goal is to launch a violent socialist revolution against the Trump administration.

“America desperately needs healing,” editor in chief Gerald Flurry wrote in the November-December 2017 Trumpet issue. “Serious people are sincerely considering the possibility that America could erupt in a second civil war! … Former House Speaker Newt Gingrich, who is also a historian, said in a Fox News interview, ‘I think we should take the threat of civil war very seriously.’ ‘What you’re seeing with Antifa, what you’re seeing on college campuses, what you’re seeing, to some extent, in the bureaucracy, is a real division of the country,’ Gingrich said. ‘As a historian, my view is pretty straightforward: One side or the other wins.’”

Journalists and politicians like Ngo and Gingrich know history, and they recognize that terrorism and urban riots are coming to America. The Bible predicts a second civil war in America that will come because of the sins of the American people.

“Republicans and Democrats are divided like never before,” Mr. Flurry wrote in the October 2017 Philadelphia Trumpet. “Rather than trying to solve the nation’s problems, the radical left is stirring them up. Some people believe they are bringing down President Donald Trump, but are they instead bringing down America itself?”

The extent to which Antifa will contribute to the unfolding of this nightmarish scenario remains to be seen. But its openly subversive aims and its revolution-oriented violence are beginning to gather dangerous momentum. Expect American society to grow far worse until people wake up to their need to repent of the sins that brought about this conflict.