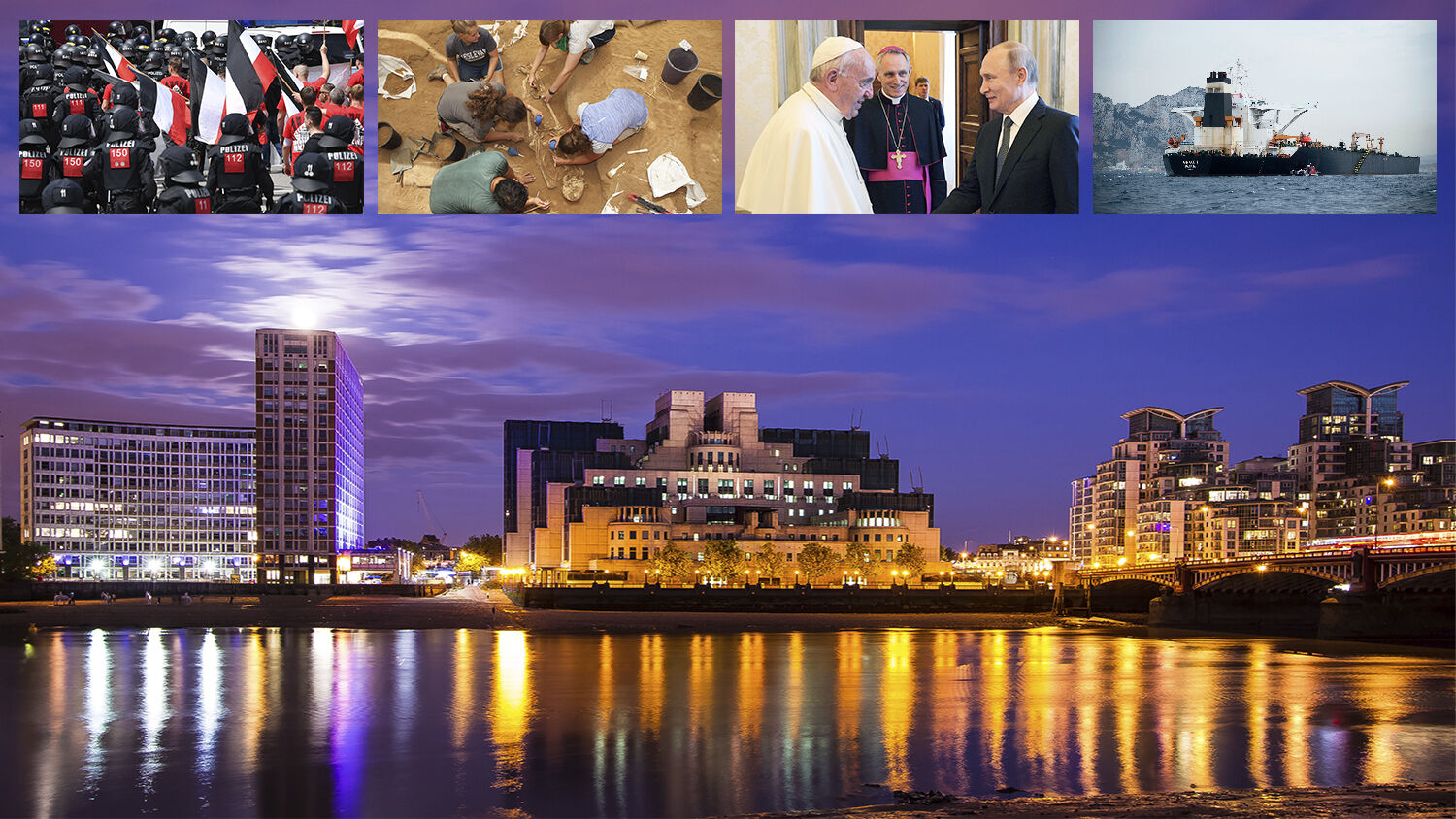 On Wednesday, the Islamic Revolutionary Guard Corps momentarily blocked the path of a United Kingdom tanker, the British Heritage, before being forced to stand down by a Royal Navy frigate.

This was Iran’s attempt to retaliate against Britain’s decision to impound a massive Iranian oil tanker sailing off the coast of Gibraltar. The tanker was attempting to circumnavigate around a European Union embargo on Iranian oil, which has been in place since 2011.

Britain’s decision to impound the Iranian tanker and its forthright response to Iran’s Revolutionary Guard underscores a huge shift in British policy toward Iran, one that is emboldened by a growing relationship with the U.S. It’s tied to a profound prophecy found in 2 Kings!

In a July 6 interview with bbc Radio 4’s Today program, former MI6 director Sir Robert John Sawers said the United Kingdom was experiencing a “nervous breakdown” as it prepares to leave the European Union and stated that the Conservative Party lacks competent leaders.

Sir John opposes the Conservative Party’s Boris Johnson as a prime minister candidate. In the past, Sir John has argued that former Prime Minister David Cameron was “unwise” to hold a referendum on EU membership in the first place and has called on voters to reverse this “strategic mistake” in a second referendum.

The fact that Johnson wants to carry out the will of the British people and make sure Brexit happens has earned him the disdain of many UK bureaucrats—including spies. And the fact that Sir John is using innuendo and unverified rumors to influence Parliament’s decision on who should be the next prime minister is concerning. In fact, it is reminiscent of the American “deep state’s” efforts to discredit President Donald Trump.

Germany’s police officers have seen the consequences of the migrant crisis firsthand. They have seen millions of migrants flow over their border. They’ve dealt with those migrants who have rioted and committed rape and other crimes. They have watched the establishment of refugee shelters.

And they have witnessed Germans attack those same shelters.

Some investigations have exposed a growing right-wing extremist network among police and soldiers that plan to overthrow the government. Investigations are still ongoing, but the evidence is alarming. Soldiers, reservists, policemen and members of the German intelligence service were all connected with the plans, which includes the assassination of politicians.

“How could the appalling evil and message of hate inspired by Adolf Hitler and the Nazi regime during World War ii ever resurface in this sophisticated age?” Trumpet executive editor Stephen Flurry asked in “The Resurgence of Nazi Germany.” “World history and Bible prophecy should strike us like a bolt of lightning with the proper answer to that question!”

Russian President Vladimir Putin met with Pope Francis at the Vatican on July 4. This is his third meeting with the pope, a high number for a dictator who is closely allied with the Orthodox Church, which split from the papacy almost 1,000 years ago.

The meeting was private and little is known about what was discussed. But the situation in Ukraine was expected to be high on the agenda. A statement released by the Vatican said that the pair discussed the situation in Syria, Ukraine and Venezuela, as well as “the life of the Catholic Church in Russia.”

The Trumpet has long expected Russia and a German-led Europe to make some kind of a deal. The Vatican, which often plays a very public political role, could be a big part of making that happen.

History warns us of exactly what to expect from a deal between Germany and Russia.

Hundreds of news sources picked up on a recently published study claiming the Philistines were immigrants from southern Europe. But none seem to have drawn attention to the most compelling aspect of the study.

That is: The Philistines likely came from exactly where the Bible says they came from!