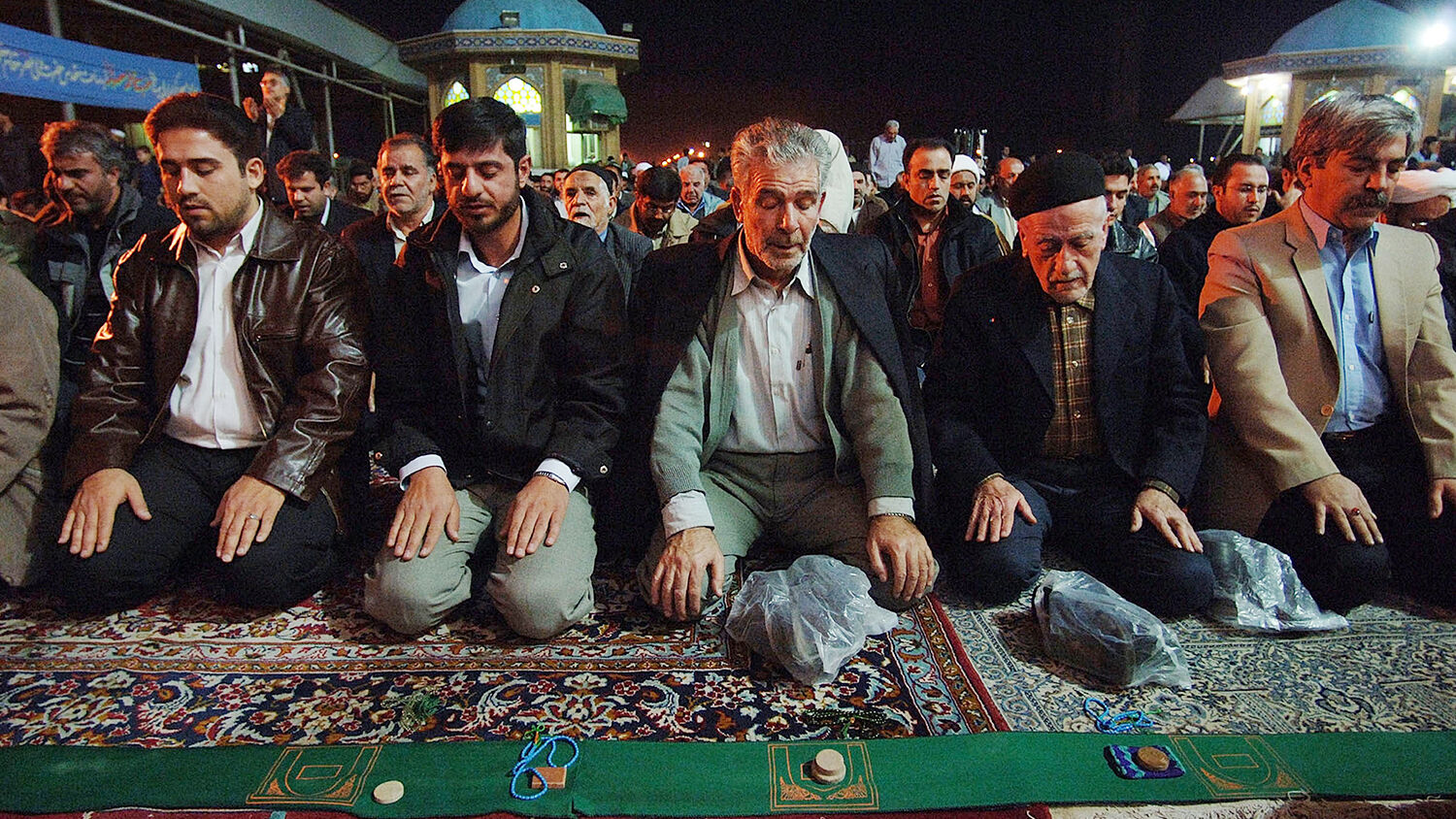 Iranian Shiites spill oustside of the Jamkaran Mosque to pray on Dec. 6, 2005, in Jamkaran, Iran. Some Iranian Shiites believe and are waiting for the return of the Mahdi, or the 12th Imam, the Shiite equivalent of the Christian Messiah.
Scott Peterson/Getty Images

Iranian leaders have their backs against the wall, and they believe a glorious caliphate is only a world war away.

As more evidence emerges that Iran attacked unarmed tankers in international waters and downed a United States military drone in international airspace, some analysts are defending the Islamic Republic based on the lack of a logical motive.

“Iran has no motive right now to attack two tankers which were taking oil to Japan,” journalist Vijay Prashad told the Real News Network on June 17. “[I]t is totally illogical for Iran to have conducted any kind of action like this.”

“I don’t buy it at all,” a commenter at Japan Today wrote. “Iran is an intelligent country; it simply makes no sense for Iran to fire on ships from Japan or Norway. Not for any reason. This is the least likely of any scenarios here.”

In the case of the U.S. surveillance drone downed on June 20, no one denies that Iran attacked it. Instead, the debate centers partly on whether Iran shot it down on purpose.

“I find it hard to believe that it was intentional,” U.S. President Donald Trump said at the White House. “I would imagine, it was a general or somebody who made a mistake in shooting that drone down.”

The logic in these kinds of statements seems sound enough: The accusations against Iran don’t make sense because for a nation to provoke a war that it can’t win would be irrational and illogical.

There are some rational reasons for Iran to engage in these kind of actions, and some commentators have pointed them out. But there is one important point that even they overlook: On the altar of religion, rationality and logic are often sacrificed. And there is perhaps no better example of this than in a branch of Shiite Islam called “Imamiyyah” or “Twelverism.”

Twelvers believe that a figure called “the Mahdi” or “Twelfth Imam” is the last of a dozen divine imams who are heirs to an Islamic nation. Their eschatology says the Mahdi was born in the mid-ninth century but then disappeared from humanity. He will only reappear during a time of global calamity. During an apocalyptic war, he will return to bring justice to the world—by raising the flag of Shiite Islam in every corner of the world.

Chaos is a prerequisite to their messianic figure’s return, and many Twelvers believe they can hasten his reappearance by intentionally stirring up chaos.

“[I]n order to bring about this Islamic messiah,” said political strategist Joel Rosenberg, “the leaders actually believe they need to create bloody carnage, the death of millions of people in order to create the conditions for the Mahdi to bring peace.”

Among Iranians, Twelverism is not a fringe belief.

Between 90 and 95 percent of Iran’s 83 million people identify as Shiite Muslims, and 85 percent of those are Twelvers. Ayatollah Ruhollah Khomeini, the patriarch of Iran’s Islamic Revolution, was a Twelver. The current supreme leader, Ayatollah Ali Khamenei, is as well.

In 2012, Khamenei emphasized the ongoing, present-day relevance of this doctrine to Iran, telling his people: “The issue of Imam Mahdi is of utmost importance, and his reappearance has been clearly stated in our holy religion of Islam. … We must prepare the environment for the coming so that the great leader will come.”

With this chilling Twelver ideology in mind, consider the pressure the Iranian leadership is currently under: Soaring rates of unemployment and inflation have prompted waves of mass protests. A decade of drought and water mismanagement has Iran in “the worst situation in water resources of any industrialized nation.” And sanctions have crippled its economy. “The impact has been devastating,” the Economist wrote on June 22 of the economic woes. “Industrial production has fallen almost as sharply as that of oil. Food prices have tripled, and supplies of medicine are diminishing.”

In the face of these multiplying and intensifying problems, Khamenei and other Twelvers in the Iranian leadership feel backed into a corner. They feel desperate. This desperation combined with their belief that causing chaos will speed Madhi’s return—and usher in a global caliphate that Twelvers will rule over unchallenged—gives them reason to lash out. It gives them ample motive to intentionally fire on tankers and drones—not despite the risk of escalation, but because of it.

Their present world is crumbling. And a glorious global Islamic paradise is only a world war away. For Islamic Twelver zealots, trying to spark that war would be perfectly logical.

This is why it is so alarming to see Iran’s centrifuges now spinning at accelerated speeds as the nation rushes toward developing a nuclear arsenal. The threat of mutually assured destruction that dissuades most nuclear nations from initiating nuclear war would have little effect on Iran’s Twelvers. If their faith is strong, they would actually welcome such destruction.

In the August 2006 issue of the Trumpet, editor in chief Gerald Flurry discussed the explosive combination of Twelver faith and nuclear weapons:

This should alarm all of us. Imagine: Iran is the world’s top terrorist-sponsoring nation. It is about to get nuclear bombs, and its leaders believe a nuclear war will speed the return of their version of the Messiah. That means they are eager for a nuclear war. And once you start a nuclear war, how do you stop it?

Could any statement be more explosive?

Mr. Flurry showed that the most significant aspect of Iran’s provocations and pursuit of nuclear weapons is that these trends are fulfilling specific Bible prophecies. “These events are described in your Bible,” he wrote, “and they are happening right now in the news!” He emphasized that, unless the world turns to God, these developments will culminate in a “clash of civilizations.” But he explained that these trends are also “a sign of the best news you could ever hear!”

To understand why analysts are wrong to believe Iran has no solid motive for its provocations, and to learn about the “best news you could ever hear” that is tied to these trends, read Mr. Flurry’s article “A Clash of Civilizations Is Imminent” and order your free copy of his booklet The King of the South.