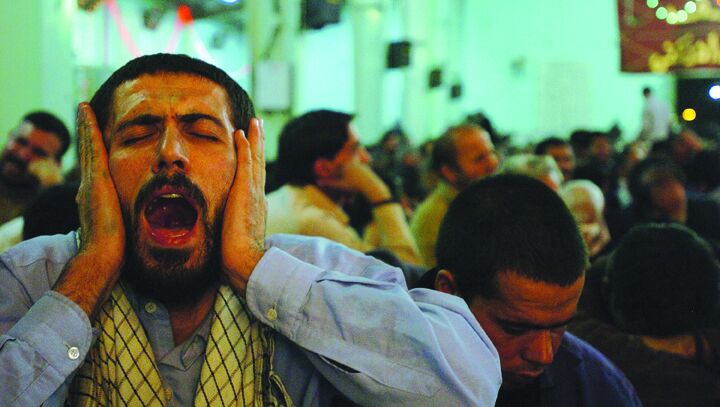 Amir Tahiri, an Iranian journalist formerly stationed in Iran, wrote in the Weekly Telegraph, “Tehran’s Shia regime believes that its nuclear weapons will speed the second coming of the Mahdi”—speaking of their messianic figure (April 25).

Iranian President Mahmoud Ahmadinejad believes the Mahdi will return in two to three years—or even sooner if somehow he can create an international crisis. He believes he was given his presidency to provoke a clash between civilizations!

This should alarm all of us. Imagine: Iran is the world’s top terrorist-sponsoring nation. It is about to get nuclear bombs, and its leaders believe a nuclear war will speed the return of their version of the Messiah. That means they are eager for a nuclear war. And once you start a nuclear war, how do you stop it?

Could any statement be more explosive?

That is one of the most shocking statements ever made—yet at the same time, it is a sign of the best news you could ever hear! Why?

Any Christian ought to recognize Ahmadinejad’s belief as a twisted counterfeit of one of Jesus Christ’s prophecies.

This is what Christ said in His famous Olivet prophecy: “For then shall be great tribulation, such as was not since the beginning of the world to this time, no, nor ever shall be. And except those days should be shortened, there should no flesh be saved [saved alive—Moffat translation] but for the elect’s sake those days shall be shortened” (Matthew 24:21-22).

This is a prophecy about the worst suffering ever in human history. Jesus Christ said He would speed up His Second Coming in order to cut these terrible days short.

That sounds quite close to what Ahmadinejad is talking about, except that he puts an ugly twist on it that you don’t find in Christ’s prophecy. Nuclear warfare will indeed hasten the return of Jesus Christ—not the 12th Imam, or the Mahdi.

Christ is not eager for a nuclear war and for suffering to afflict billions of people. God does not want to see a clash of civilizations! That is why He warns through biblical prophecy about what is coming—to help us recognize the horror as it approaches and turn to Him in repentance so we don’t have to experience it!

The Bible shows that if we heed God’s message, He will protect us individually. If the world heeded it, the catastrophe could be avoided altogether!

Right in the same context, here is a prophecy about that warning from God: “And this gospel of the kingdom shall be preached in all the world for a witness unto all nations; and then shall the end come” (verse 14).

God calls the message “a witness” because He knows most people are going to reject it. But He sends it for a witness against them so they cannot come back and say, “Why didn’t you warn us?” If they have that approach, He will say, I did warn you. Why were you asleep? Why didn’t you respond?

The God of love warns us, hoping to prevent a nuclear clash. He does not want to see anybody suffer. But He allows it—and even causes it, in some cases—if we won’t heed His message.

Ahmadinejad has said before the whole world that he is going to wipe Israel off the map in one storm, implying a nuclear storm. Is that coming from God? Not even close.

On May 5, columnist Charles Krauthammer wrote in the Washington Post: “Last week Bernard Lewis, America’s dean of Islamic studies, who just turned 90 and remembers the 20th century well, confessed that for the first time he feels it is 1938 again”—that is, when Hitler was about to start World War ii. “He did not need to add that in 1938, in the face of the gathering storm—a fanatical, aggressive, openly declared enemy of the West, and most determinedly of the Jews—the world did nothing.

“When Iran’s mullahs acquire their coveted nukes in the next few years, the number of Jews in Israel will just be reaching 6 million”—the same number of Jews that were exterminated during World War ii. Then he ends by saying, “Never again?”—implying that what happened to the Jews very possibly could happen again.

Many people would disagree with this, but I can tell you absolutely that Iran is notgoing to conquer Israel. It will not succeed in wiping Israel from the map.

How could I possibly know that? Because I know, based on a number of biblical prophecies, that this is simply not God’s plan.

The Bible shows that Iran, “the king of the south,” before achieving its ambition, will be attacked by another “king” in a spectacular clash! (Daniel 11:40-41). Ahmadinejad is looking for a clash of civilizations—and biblical prophecy shows that he is going to get it! But Iran and its allies are not going to win, and they will not wipe Jerusalem off the map. In fact, they will be wiped off the map if they don’t also wake up and listen to God’s prophecies. These are spelled out in our free booklet The King of the South.

These events are described in your Bible, and they are happening right now in the news! Anyone can see it. These prophecies are absolutely astounding! Remember, God gives them to us for one reason: to demonstrate His power over world events in order to drive us to repentance.

I guarantee your life will take on a new dimension of excitement if you respond to God!