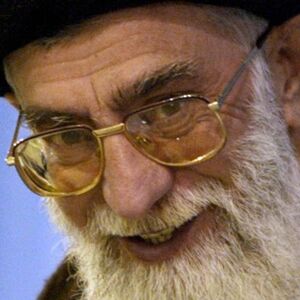 There’s infinitely more at stake in the Middle East than oil and geopolitics.

Tension is rising in the Middle East again. The civil war in Syria is worsening, Western sanctions on Iran are intensifying, large-scale military exercises by both Tehran and the West are on the cards. This is all worrying and cause for alarm.

Yet, it is an unprecedented, largely ignored national address by Iran’s supreme leader that is most alarming. On Friday, July 6, a number of Iranian state-run media outlets ran stories highlighting remarks by Ayatollah Ali Khamenei. In his address, Khamenei warned his people all over the world that Iran must prepare for war, and that we are now living in “the end of times.”

More specifically, Khamenei warned of the imminent return of the Mahdi, or the 12th imam. “The issue of Imam Mahdi is of utmost importance, and his reappearance has been clearly stated in our holy religion of Islam,” he said. “We must study and remind ourselves of the end of times and Imam Mahdi’s era. … We must prepare the environment for the coming so that the great leader will come.”

The belief of a returning Mahdi, or 12th imam, is a defining doctrine within the most populous group of Shiites known as Ithna Ashari, or “Twelvers.” In addition to Iran’s supreme leader, President Mahmoud Ahmadinejad also belongs to this influential group. According to Twelver theology, the Mahdi’s return will be precipitated by planet-engulfing wars, the likes of which will destroy one third of the world’s population, and another third as a result of widespread hunger, disease and social unrest. Finally, the destruction will be capped with the annihilation of the Jewish state and the killing of all infidels, after which the seed of Islam will be planted in the four corners of the Earth.

Here in the West, most people mistakenly ignore this theology and the depth of commitment Khamenei, Ahmadinejad and their followers have to it. This is to our own peril. Twelvers don’t just believe the Mahdi will soon return: They consider it a personal responsibility to create the apocalyptic conditions that will surround his return.

Frankly, ushering in the Mahdi is the guiding principle of Iran’s foreign policy!

As Joel Rosenburg, former aide to Benjamin Netanyahu, put it, “[I]n order to bring about this Islamic messiah, the Mahdi, the 12th imam, Islamic leaders need to hasten his coming by destroying little Satan, Israel, and the great Satan, the United States. … [T]he leaders actually believe they need to create bloody carnage, the death of millions of people in order to create the conditions for the Mahdi to bring peace” (emphasis added throughout).

Indeed, as Khamenei recently told his people: “We must prepare for the coming. Since we consider ourselves the warriors of the 12th imam, we must fight.”

Khamenei has created several centers in Iran devoted to the research of the coming of the Mahdi, and there’s even an annual conference on Mahdiism. In 2004, during his tenure as mayor of Tehran, Ahmadinejad constructed a “grand avenue” in preparation for the Mahdi’s return. When he became president in 2005, he allocated $17 million for a blue-tiled mosque in Jamkaran (south of the capital), closely associated with mahdaviat. Inside Iran, both Khamenei and Ahmadinejad have been quite literally preparing the place to which they believe the Mahdi will return.

Ahmadinejad’s conviction is so strong, he even stood in front of a room full of United Nations leaders in New York and prayed for Allah to help him hasten the Mahdi’s return—which he could only do by precipitating a holocaust-type event!

Citing Iranian news media, the Journal of Turkish Weekly last week reported that the regime in Tehran is even distributing a booklet titled The Last Six Months. According to Reza Kahlili (a pseudonym for a former cia operative in Iran’s Revolutionary Guards), “the material admonishes the Revolutionary Guards and the Basij paramilitary forces that they must be prepared to do their duties during the expected war.”

One can hardly overstate the influence of Twelver theology on Iranian national and foreign policy. “From redressing the gulf between rich and poor in Iran, to challenging the United States and Israel and enhancing Iran’s power with nuclear programs, every issue is designed to lay the foundation for the Mahdi’s return,”wrote Scott Peterson.

Amir Mohebian, political editor of the Islamic Resalat newspaper, noted the effect of Ahmadinejad’s religion on his leadership: “This kind of mentality makes you very strong. … If you think these are the last days of the world, and [the Mahdi] will come [again], this idea will change all your relations.” Putting himself in Ahmadinejad’s shoes, Mohebian stated, “If I think the Mahdi will come in two, three or four years, why should I be soft? Now is the time to stand strong, to be hard.”

Here’s how Charles Krauthammer summed up Iran under Ahmadinejad not long after he was elected in 2005: “[A] Holocaust-denying, virulently anti-Semitic, aspiring genocidist, on the verge of acquiring nuclear weapons of the apocalypse, believes that the end is not only near but nearer than the next American presidential election. … This kind of man would have, to put it gently, less inhibition about starting Armageddon than a normal person.”

When you read these statements, you begin to grasp exactly what is at stake right now in the Middle East!

Problem is, too few are paying any attention to these facts!

If you’ve been reading the Trumpet, you may recognize some of the similarities between Ayatollah Khamenei’s belief in the return of the 12th imam, and the Trumpet’s long-standing prophecy about the return of Jesus Christ. In reality, the Twelver doctrine is a twisted counterfeit of more than a few biblical prophecies, all of which were canonized long before the emergence of Islam. In Matthew 24:21-22, for example, Jesus Christ Himself describes the events that surround His return.

That passage reads, “For then shall be great tribulation, such as was not since the beginning of the world to this time, no, nor ever shall be. And except those days should be shortened, there should no flesh be saved [“saved alive,” the Moffatt translation says]: but for the elect’s sake those days shall be shortened.” Notice, Jesus Christ will return and shorten those days!

Here’s what Trumpet editor in chief Gerald Flurry wrote about this: Ahmadinejad “believes that by using nuclear bombs, he speeds the return of his messiah and saves his Muslim cohorts. … [T]he mission of their revolution is to pave the way for this return of his messiah—and he can hasten that by nuking people. … Ahmadinejad’s god is on the side of the nuclear bomb throwers. His god somehow delights in him nuking other nations, of all things. What a diabolical concept!”

“The motive of his god is the exact opposite of what Christ will do,” Mr. Flurry wrote.

The Bible clearly reveals that Christ will have to intervene to prevent the full-scale annihilation of mankind that Ayatollah Khamenei dreams about. Mr. Flurry continued: Jesus Christ “would have to cut time short, or those in the spirit of Ahmadinejad would annihilate all human life on this planet! … Christ will return to stop the use of nuclear bombs forever and save humanity alive. These are two extremely different scenarios. One is the act of monstrous hatred; the other, an act of unparalleled godly love.”

If you haven’t read it already, or even if you read it when it was first published back in 2008, take a few moments to read Mr. Flurry’s article “Nuclear Iran Means Nuclear War.”