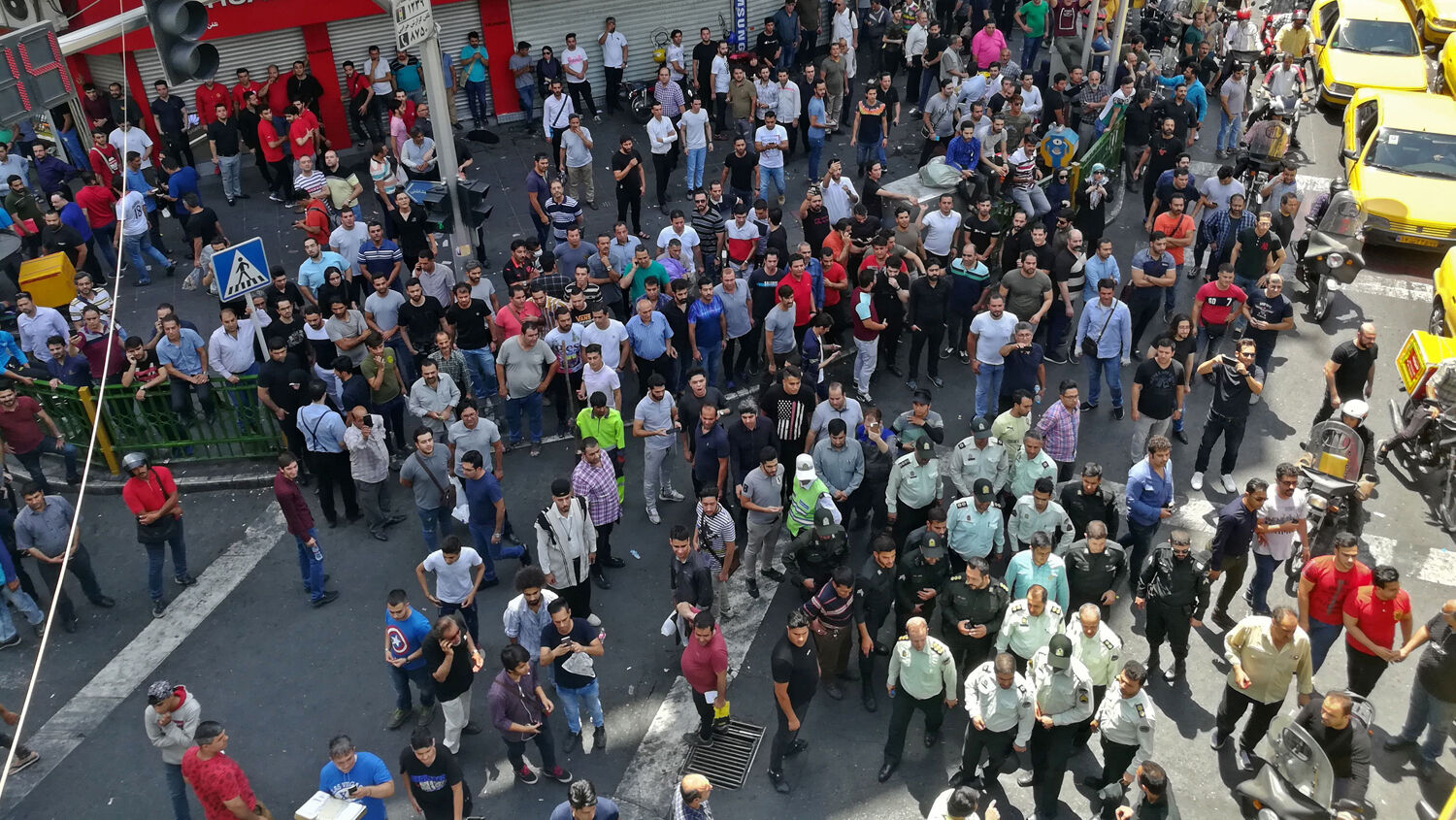 This week saw the most widespread protests in Iran since 2009. Will the people cause the government to change?

A new wave of anti-government protests broke out in Iran on June 24. With the reeling economy hurting local businesses, shop owners in Tehran sparked the most widespread protests in Iran since 2009. The nation’s currency has depreciated by over 40 percent since the United States pulled out of the Iranian nuclear agreement. In January, one U.S. dollar was worth 42,000 rials. Now, it is worth 90,000.

On the first day of protests, business owners closed their shops. There is little incentive to continue doing business, according to Tehran shop owner Fakhredin Fakhrzadegan. “Right now, when a merchant sells his goods,” he said, “he has to pay more to restock the same merchandise.”

In the days that followed, many protesters criticized the government. Protesters yelled, “Death to Palestine,” “Leave Syria; think of us,” and “Death to dictator.” Their message is that by funding terrorism regionally and worldwide, providing support for Hamas and waging a war in Syria, the Iranian regime has been neglecting the needs of its people at home.

“Since the start of the Syrian civil war in 2011,” wrote the Times of Israel, “Tehran has poured a reported $6 billion into propping up Syrian President Bashar Assad’s government.”

The protests have spread into cities throughout the country, devolving into riots in some places. Police crackdowns have been severe on occasion. Government forces have deployed tear gas, and in the city of Doroud, at least two people were killed. The Iranian government also says “a large number” of people have been jailed.

Western leaders, particularly within America, support the protesters. U.S. Secretary of State Mike Pompeo said that the U.S. “condemn[s] the government’s same futile tactics of suppression, imprisonment of protesters, and the denial of Iranians’ frustrations. The people of Iran are tired of the corruption, injustice and incompetence from their leaders. The world hears their voice.”

Iranian President Hassan Rouhani blames the U.S. for his country’s misfortunes, saying that America has launched a war against Iran psychologically, economically and politically. “The U.S. cannot defeat our nation,” Rouhani said. “[O]ur enemies are not able to get us to [our] knees.” In an apparent attempt to appease the protesters, he promised that the “basic needs of Iranians will be provided. We have enough sugar, wheat and cooking oil. We have enough foreign currency to inject into the market.”

However, like previous protests in the nation—notably those in 2009, 2015 and at the end of 2017—this wave of unrest has little chance of bringing about major change in the Iranian regime.

Referring to the protests in December 2017, Trumpet writer Anthony Chibarirwe wrote in his January 4 article, “Why the Iranian Protests Won’t Succeed,” that the radical, anti-Western Islamic revolution is a cause for which the current regime has “dedicated blood and treasure for nearly four decades! Iranian leaders won’t give up their revolution so easily.” His analysis applies to the recent unrest as well.

The indication in Bible prophecy is that the protests are likely to fail.

As Trumpet editor in chief Gerald Flurry explains in his free booklet The King of the South, radical Islam, led by terror-sponsoring Iran, is the prophesied “king of the south” mentioned in Daniel 11:40: “And at the time of the end shall the king of the south push at him: and the king of the north shall come against him like a whirlwind, with chariots, and with horsemen, and with many ships; and he shall enter into the countries, and shall overflow and pass over.”

Iran is prophesied to “push” at the king of the north, which is the prophetic name for a rising European power. (Read Germany and the Holy Roman Empire for more information.) Iran will lead its Islamic confederates, promoting greater and greater hostilities toward the West before the king of the north finally crushes it “like a whirlwind.” A moderate, pro-Western Iran would not be compelled to push at Europe.

Despite Iran’s deep economic plight, there is hope! The Iranian people will have a new government, but it will not come through a physical revolution. Once the king of the north responds to Iran’s pushing, events will be set in motion that lead to the Second Coming of Jesus Christ. Only after Christ returns will the whole world be under the new, perfect government of God.