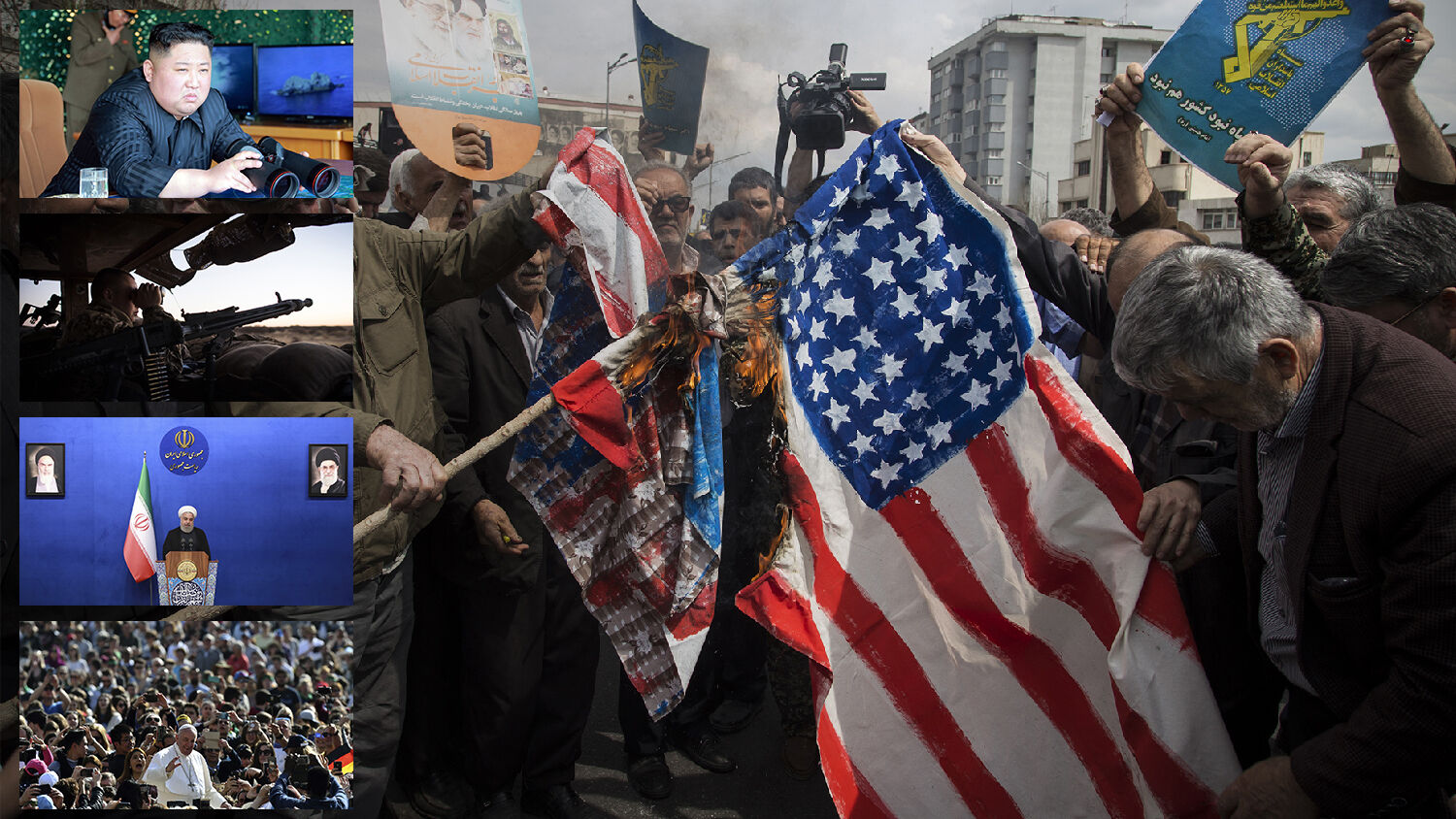 Are the United States and Iran Heading Toward War?

Two attacks this week by Iranian-backed forces took aim at Saudi Arabia’s and the United Arab Emirates’s ability to send oil out of the Middle East. The first attack took place near the port of Fujairah, which is located at the outlet of an oil pipeline that the U.A.E. uses as a backup in case transiting the Strait of Hormuz becomes too dangerous for its tankers. The second attack hit two pumping stations along Saudi Arabia’s critical east-west pipeline, Saudi’s own backup plan to send oil to Europe if the Bab el-Mandeb is shut down by Iranian proxies.

With the United States increasing its military presence in the region, talk is rife that the U.S. and Iran may be heading toward war.

What does the Bible say about this?

Iranian President Hassan Rouhani has given European countries 60 days to “fulfill their commitments” to shield Iran from United States sanctions, or Iran’s behavior will become “unpredictable.”

Tim Morrison, special assistant to the U.S. president and senior director for weapons of mass destruction, called this announcement “nothing less than nuclear blackmail of Europe.” He quickly cautioned Europe against facilitating trade with Iran and called on the world community to condemn Iran’s belligerent behavior.

Such calls as Morrison’s will certainly be answered. In fact, Bible prophecy tells us who exactly will answer calls to condemn Iran’s belligerent behavior in the strongest of ways.

According to Marcus Schiller, an expert on North Korean missiles, the launch had “Russian technology fingerprints all over it.” The actual missiles fired by North Korea bore a striking resemblance to Russia’s advanced, nuclear-capable Iskander missiles.

Read “North Korea Launches Russian-Style Missiles” for more about what this all means for the near future.

Germany’s Bundestag, the lower house of parliament, voted recently by a great majority to continue the deployment of German soldiers in Mali and Somalia to May 2020.

Germany supports two missions in Mali, one led by the United Nations and the other by the European Union. A total of 1,030 German troops are involved there. The Somalian deployment is an EU mission apart from the UN. There are 80 German military personnel there.

“The mission is taking place in this region because Mali is at the heart of the Sahel zone,” the German federal government stated in a press release. “It is a hinge that joins North, Central and West Africa, which means that it plays a key role in the stability and development of the entire Sahel region.”

Pope Francis is overhauling the way the Roman Catholic Church is governed. In 2013, his first major move after being elected pope was to appoint a panel of cardinals to advise him on how to reorganize the Roman Curia (the administration that governs the Vatican). Now these cardinals have finished a new Vatican constitution. Titled Praedicate Evangelium (Preach the Gospel), this constitution is currently being reviewed by bishops’ conferences around the world. Significant changes to the text are unlikely, meaning the constitution may be published as early as June 29.

Praedicate Evangelium could be one of the most radical shakeups of the Roman Curia in a generation.

Pope Francis and his panel of cardinals propose restructuring all Curia activities under one simple mission: converting people to Catholicism.

This evangelical crusade is actually prophesied in the Bible.