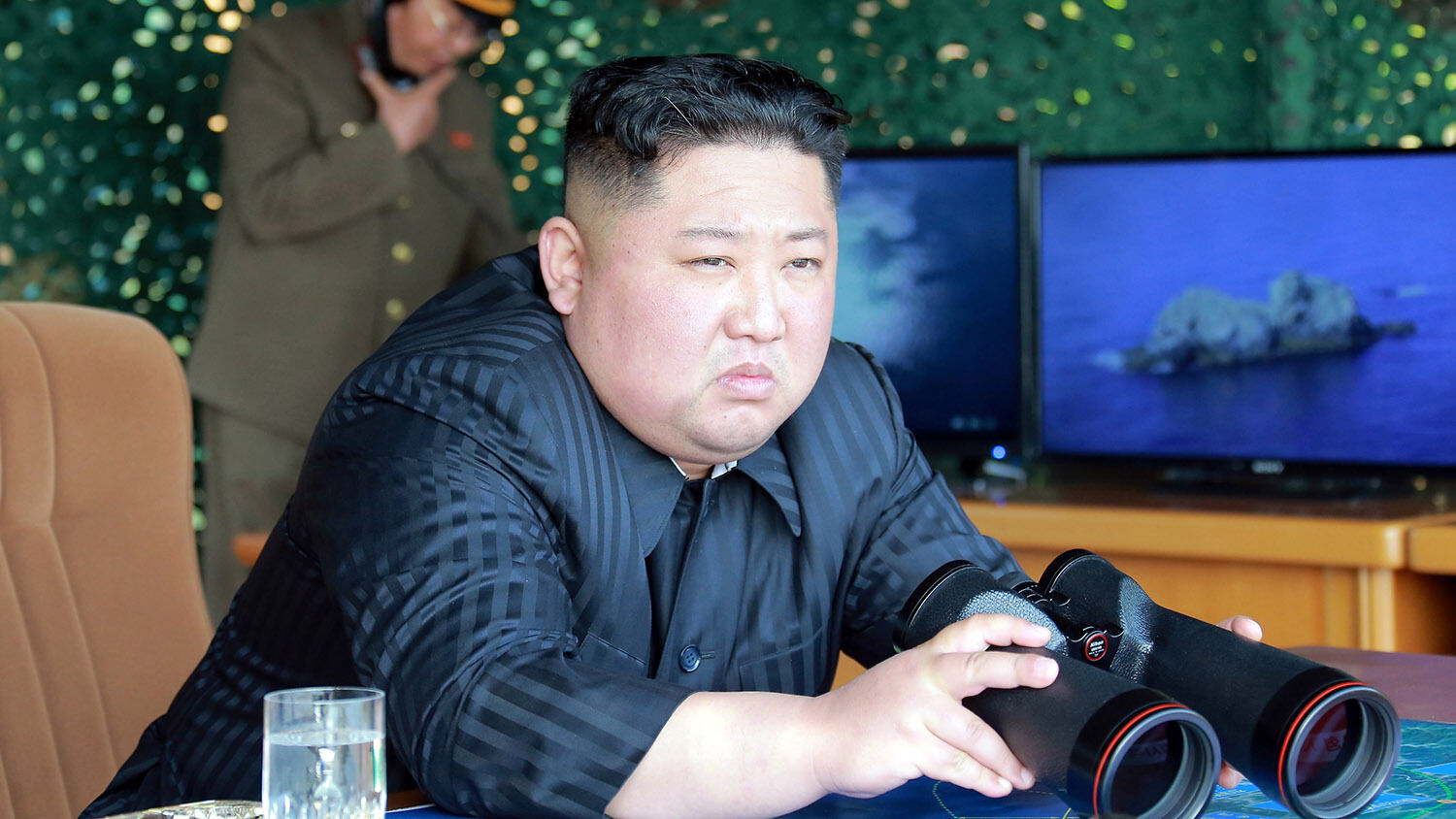 After pausing for more than 500 days, North Korea has test-launched a different kind of nuclear-capable missile.

The missiles were launched from the country’s northwest Kusong region and flew eastward before falling into the East Sea between North Korea and Japan.

The launch came just five days after a short-range missile was fired from North Korea’s east coast, under the personal supervision of North Korean leader Kim Jong-un. This May 4 launch ended a pause of North Korean ballistic missile tests that started in November 2017 and lasted more than 500 days. The pause was a result of efforts between Kim and United States President Donald Trump to reach a deal to denuclearize the North in exchange for lifting sanctions on the country. But in February, a meeting collapsed after Trump insisted on full sanctions relief for full denuclearization, while Kim sought only partial denuclearization in exchange for partial sanctions relief.

Days after the unsuccessful Trump-Kim summit ended, Russia announced that it would host Kim for a landmark meeting with Russian President Vladimir Putin, which took place on April 25 in Vladivostok, Russia.

The timing suggests that North Korea’s pause in missile tests ended with Russia’s blessing—possibly with its encouragement. Not only that, the actual missiles fired by North Korea bear a striking resemblance to Russia’s Iskander missiles. Marcus Schiller, an expert on North Korean missiles, told the Associated Press that the launch has “Russian technology fingerprints all over it.”

Russia’s advanced Iskander missiles are a major threat to Europe and were named by President Trump in February as the reason for his decision to suspend America’s participation in the 1987 Intermediate-Range Nuclear Forces Treaty.

Speaking to npr on May 8, weapons of mass destruction analyst Melissa Hanham said North Korea’s new “Iskander-style missile is a thing we need to start worrying about.”

The Iskander can carry nuclear warheads and uses solid fuel, which makes it more rapid to deploy, easier to hide, and more difficult to strike preemptively. It is highly accurate, with in-flight maneuverability and an operating altitude of 30 miles that makes it difficult to intercept before it makes a sharp turn and strikes its target. This altitude is too low for the United States thaad and Aegis antimissile systems, and above the reach of its Patriot interceptors. “[I]t poses a serious challenge to theater missile defense,” Michael Elleman, of the International Institute for Strategic Studies, told npr.

Analysts are not yet certain if the missiles that the North fired truly were Iskanders, or if they were merely cloned or resembled them. But if the Russians have sold Iskanders to Kim, this gives North Korea additional capabilities for striking its enemies. The 38 North website wrote: “If North Korea did in fact import Iskanders from Russia, it has an existing capacity to deliver warheads to targets in South Korea with great precision, and an ability to penetrate existing missile defenses deployed in the South” (May 8).

Shortly after North Korea’s May 9 missile launch, the U.S. announced that it had seized a North Korean ship. The Wise Honest, the North’s second-largest cargo vessel, had been shipping coal in violation of United Nations sanctions and was stopped in April 2018. The Justice Department began the process of transferring ownership of the ship to the U.S. through a civil forfeiture, the first time the U.S. has taken such an action against a North Korean cargo vessel.

American officials said the timing of the disclosure did not come as a response to the North’s missile tests, but the announcement could further exacerbate the tension. These developments expose the fragility of the relative calm seen on the Korean Peninsula over the last year and a half and indicate that it could be short-lived.

The Russian fingerprints on the North’s new missile, as well as Kim’s meeting with Putin and his recent series of meetings with Chinese leader Xi Jinping, reveal the source of North Korea’s power. And they point to where the more serious threats lie.

The prophecies that Mr. Flurry’s analysis is founded on are recorded predominantly in Ezekiel 38 and 39, Daniel 11 and Revelation 9:16 and 16:12. These passages reveal that Russia will lead a mighty pan-Asian military conglomerate in the end time, with China in a position of secondary leadership. The Bible shows that smaller Asian nations, likely including North Korea, will be absorbed into that Russian-led bloc and lend their military power to it. But North Korea will not be a lead player.

In his free booklet The Prophesied ‘Prince of Russia,’ Mr. Flurry shows how these various scriptural passages are linked. And he explains that this bloc, with Vladimir Putin in charge, will soon play a key role in the most violent conflict in mankind’s history.

But Mr. Flurry also shows that some unprecedentedly good news lies at the core of these prophecies.

Putin’s leadership, including his outreach to Kim Jong-un and possible exports of Iskanders to North Korea, is destabilizing the world and laying the groundwork for a time of worldwide catastrophe. But it is also “literally a sign” that righteous godly leadership for the whole planet is “just a few short years away”!