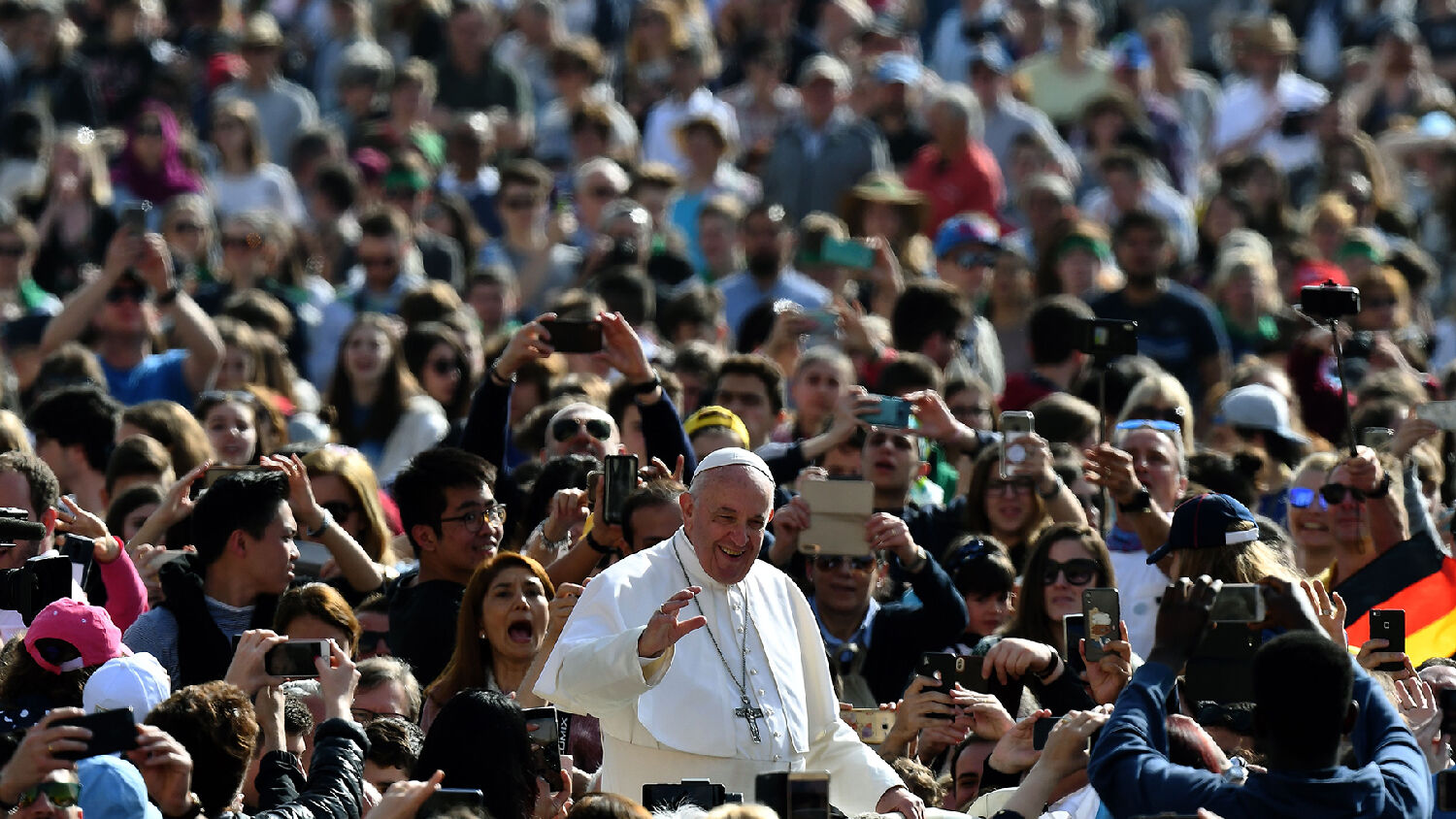 Pope Francis waves to worshipers at St. Peter’s Square on April 24, ahead of his weekly general audience.
VINCENZO PINTO/AFP/Getty Images

The Vatican’s imperial spirit and desire for dominance revives with a new evangelical crusade.

Pope Francis is overhauling the way the Roman Catholic Church is governed. In 2013, his first major move after being elected pope was to appoint a panel of cardinals to advise him on how to reorganize the Roman Curia (the administration that governs the Vatican). Now these cardinals have finished a new Vatican constitution. Titled Praedicate Evangelium (Preach the Gospel), this constitution is currently being reviewed by bishops’ conferences around the world. Significant changes to the text are unlikely, meaning the constitution may be published as early as June 29.

Praedicate Evangelium could be one of the most radical shakeups of the Roman Curia in a generation.

Pope Francis and his panel of cardinals propose restructuring all Curia activities under one simple mission: converting people to Catholicism. According to the Spanish newspaper Vida Nueva, the new constitution will create a new “superdicastery” for evangelization. This Dicastery for Evangelization will merge the Congregation for the Evangelization of Peoples, which coordinated Catholic missionary activities, with the Pontifical Council for the Promotion of New Evangelization, which is tasked with reversing the secularization of Western countries. The new superdicastery will supersede all other Vatican departments, including the Congregation for the Doctrine of the Faith, which is the body responsible for defending Catholic doctrine.

“Pope Francis always emphasizes that the church is missionary,” Cardinal Oscar Rodriguez Maradiaga told Spanish media in April. “That is why it is logical that in first place we have put the Dicastery for Evangelization and not the Doctrine of the Faith. This way, the pope sends a significant signal of the reform to the entire people of God.”

Indian Cardinal Oswald Gracias agreed, telling Vida Nueva, “The main point of the new Apostolic Constitution is that the mission of the church is evangelization. It puts it at the center of the church and everything the Curia does. It will be the first dicastery. The name of the text shows that evangelization is the principal objective, ahead of anything else.”

Some traditionalist Catholics are concerned that prioritizing evangelization above doctrinal orthodoxy will liberalize Catholic doctrine. While it is unlikely that the Vatican will make any sweeping doctrinal changes, the church may make some strategic compromises—standing firm in one area while compromising in another—to attract more converts.

During the papacy of John Paul ii, the late Herbert W. Armstrong predicted that the Vatican might issue a new and more flexible moral code for Catholics. “The moral and spiritual trend in the world is toward more liberalism—more permissiveness,” he wrote in 1983. “Now even the Roman Catholic Church, in order to keep alive in an immoral and unrighteous world, is relaxing and giving people what they like to call ‘their rights.’”

The Vatican’s push for new converts comes from its imperial spirit and desire for dominance. The word “Catholic” means universal.

The Bible often uses a woman to symbolize a church (e.g., 2 Corinthians 11:2; Ephesians 5:22-27; Revelation 19:7). Isaiah 47 describes a “woman” called the “daughter of Babylon” and the “the lady of kingdoms,” who says, “I shall not sit as a widow, neither shall I know the loss of children.” This woman is a church that is unique in history: It descended from the ancient Babylonian mystery religion; it holds a vast amount of power; it has relations with political leaders; it seeks to reestablish its authority over its daughter churches. This description can apply to only one church.

The Catholic Church is striving to increase its influence by making concordats with nations around the world and revamping its own constitution to bring more converts into (or back into) Catholicism.

For more information on where this is leading, and why Mr. Armstrong made these forecasts, read our article “Returning to the Fold.”