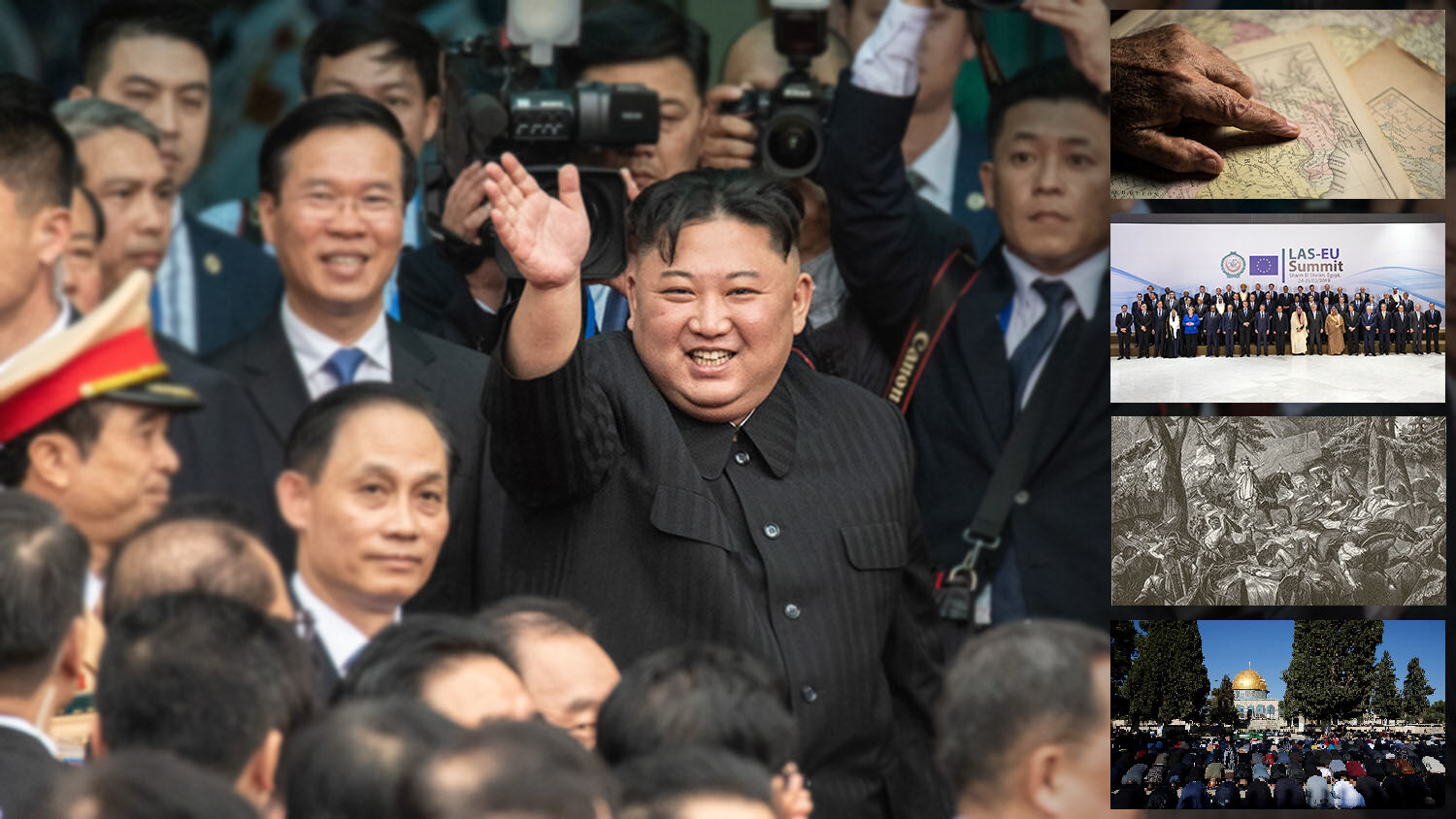 While most of Israel’s media is busy debating how last week’s announcement by Attorney General Avichai Mandelblit to indict Prime Minister Benjamin Netanyahu on bribery charges could influence the April 9 election, there is a bevy of immediate security threats converging on the state that would otherwise be headline news.

These threats to Israel inside the West Bank and on the Gaza border could seriously affect the outcome of Israel’s vote and events beyond, especially if supercharged by the mass protests that are ready to erupt on the Temple Mount.

As Trumpet editor in chief Gerald Flurry wrote in 2006, specific events in Jerusalem actually act as signposts, by which we can understand where we are in the timeline of biblical prophecy. He specifically noted how Israeli-Palestinian tensions boiling over on the Temple Mount is one of the first signposts that announces we are on a countdown to the coming of the Messiah. “It seems the Palestinians could get East Jerusalem, minus the Temple Mount, without a fight,” he wrote. “Zechariah’s prophecy implies that there will be an impasse over the Temple Mount—which the Palestinians ‘resolve’ by taking East Jerusalem by force.”

Whenever crises develop on the Temple Mount between Palestinians and Jews, such as developed this week, it is time to take notice.

That story validates the late Herbert W. Armstrong’s prediction that Europe and Latin America would again team up against the United States. His Plain Truth magazine stated in May 1962 that “the United States is going to be left out in the cold as two gigantic trade blocs, Europe and Latin America, mesh together and begin calling the shots in world commerce.” That prediction was not a good guess; it was based on Bible prophecy.

For years, the Trumpet has predicted that Syria would ally with Germany in the end time. This biblical prophecy is about to be fulfilled.

North Korean leader Kim Jong-un will soon travel to Russia to meet with President Vladimir Putin, according to a March 4 report from Putin’s press secretary.

The announcement come just four days after Kim’s second meeting with United States President Donald Trump ended abruptly in Vietnam after the two sides failed to reach an agreement on denuclearizing North Korea. The collapse of these talks was ridiculed on Russian government-run tv, and now Putin appears eager to pounce on the opportunity to increase his influence with North Korea.

Kim’s upcoming trip to Russia, and his previous visits to China, reveal where North Korea’s support and power originate. And they point to where the greater threat to America lies.

The True History of Charlemagne

There is an apparent contradiction between modern accounts of Charlemagne and what we write in the Trumpet. Apart from our website and magazine, what most people read about Charlemagne highlights the cultural achievements of his reign—not the violence he used to forge his empire.

The true history of Charlemagne is essential knowledge in order to understand Europe’s past, its present and its future. It also makes today’s European news events so much more significant.