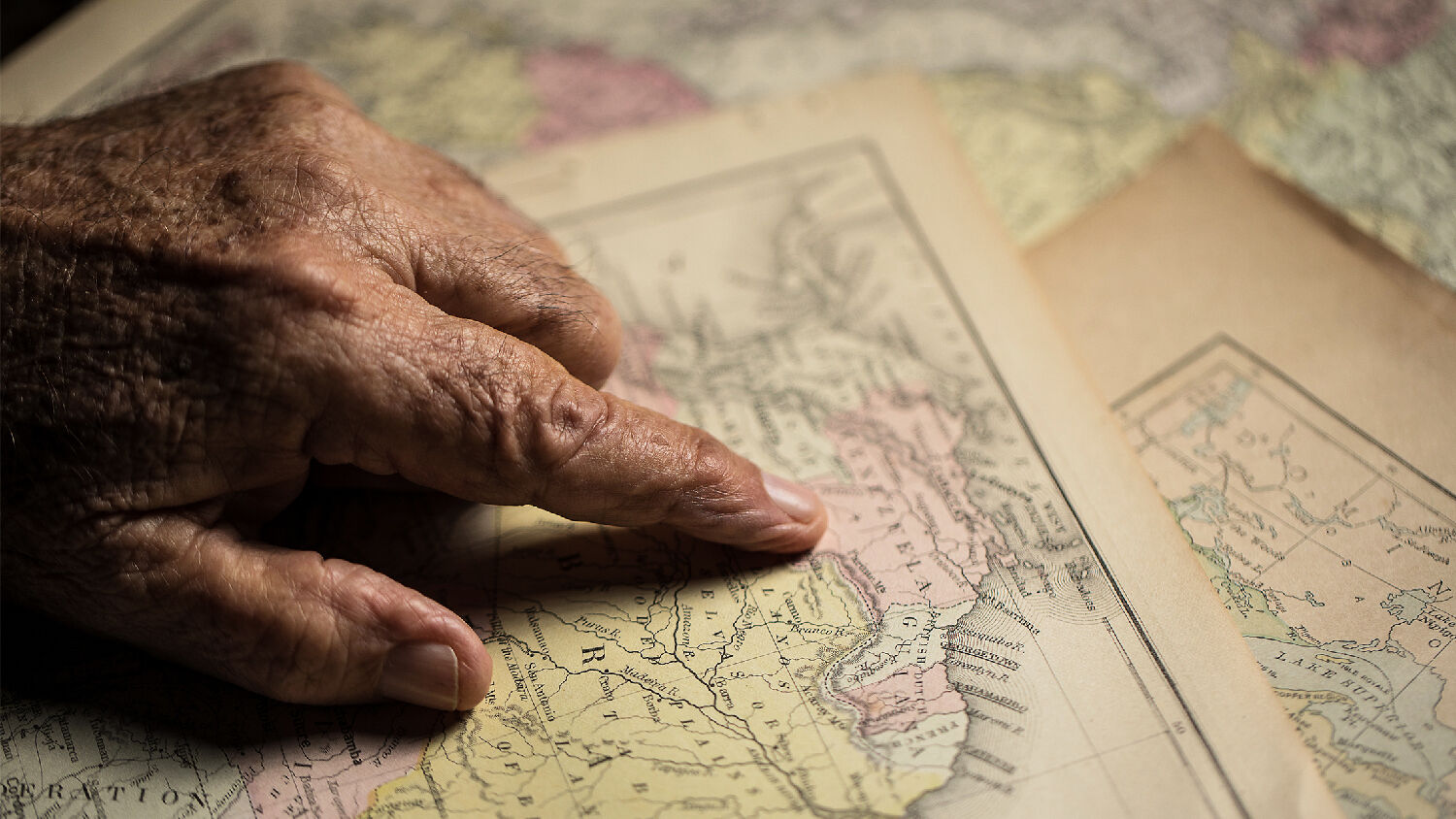 A new book exposing Nazi Germany’s plan to control Latin America should fill people with a sense of déjà vu.

The European Union is chasing a deal with the mercosur trade alliance, hoping to unite Europe and Latin America into the world’s biggest trade bloc. As negotiations continue, however, a new book is shining light on what happened the last time Germany tried to conquer Latin America. In her book The Tango War: The Struggle for the Hearts, Minds and Riches of Latin America During World War II, award-winning reporter Mary Jo McConahay tells the story of Germany’s plan to divide South America into four Nazi territories.

“I could find no book in English that could talk about the whole arc of experience of World War ii in Latin America,” McConahay told the Times of Israel. “Are there some academic tomes? Yes, there are. But there’s nothing for the general reader—perhaps a reader who is not even particularly interested in Latin America, but maybe in World War ii. … I find that people are largely unaware of the importance of Latin America during the Second World War.”

The book discusses the importance of Latin American natural resources to the war effort, the existence of a German map showing postwar South America divided into four pro-Nazi states, and the ratlines that helped Nazi war criminals escape to South America after the war. It also discusses Allied efforts to fight Axis propaganda.

During World War ii, New York Times correspondent Betty Kirk reported extensively on German propaganda in Latin America. In her book, Covering the Mexican Front: The Battle of Europe vs. America, she recounted how a British cruiser intercepted an unnamed ship in the Pacific Ocean and confiscated several tons of German propaganda pamphlets bound for Latin America. Printed in Spanish, these pamphlets presented Adolf Hitler as “the new defender of the Catholic faith” against a “Protestant-Jewish” England. Pamphlets found in Mexico on Dec. 12, 1940, shows the Virgin Mary on one side and the statement “Hitler is the protector of Catholicism” on the other. These pamphlets stated that Hitler persecuted the Jews because they were responsible for Jesus Christ’s crucifixion.

“Argentina will one day be at the head of a tariff union comprising the nations in the southern half of South America,” he wrote in the March 26, 1944, issue of Das Reich. “Such a focus of opposition against the United States of America will, together with Bolivia, Chile, Paraguay and Uruguay, form a powerful economic bloc; and eventually, by way of Peru, it will spread northward to place the dollar colony of Brazil in a difficult position.”

It is unsettling how closely today’s Latin America matches Goebbels’s prediction. It is dominated by the mercosur trade bloc, which is about to integrate with the EU. Argentina is not the head of this trade bloc, but it is certainly a major member. And German business circles are placing high hopes on Brazil’s new president, Jair Bolsonaro, who is expected to strengthen his nation’s ties with the Federation of German Industries. As anti-Americanism grows across Europe and Latin America, mercosur is positioned to become “a focus of opposition against the United States.”

After Nazi Germany was defeated, the late Herbert W. Armstrong predicted that Europe and Latin America would again team up against the U.S. His Plain Truth magazine stated in May 1962 that “the United States is going to be left out in the cold as two gigantic trade blocs, Europe and Latin America, mesh together and begin calling the shots in world commerce.” This prediction was not a good guess; it was based on Bible prophecy.

In his book The United States and Britain in Prophecy, Mr. Armstrong explained that the Anglo-Saxon peoples who settled the U.S. and Britain are actually descendants of the ancient Israelites. And a prophecy in the book of Deuteronomy shows that modern descendants of ancient Israel will be besieged in all their gates (Deuteronomy 28:49-52). A gate is a narrow passage of entrance or exit. When speaking nationally, a sea gate is a narrow chokepoint like the Panama Canal, the Straits of Florida, the Windward Passage or the Yucatán Channel. God gave Britain and America these strategic gates and many others, ensuring that they would become superpowers. But God also warned that if America and Britain did not obey Him, then not only would these gates be taken away, they would be used against them.

America cannot be besieged unless Latin America and its sea gates are part of that siege. That is why Mr. Armstrong predicted that the alliance between Europe and Latin America would be very strong. Leaders in Europe want to control Latin America so they can challenge the United States. The seeds are being sown for a trade war that will devastate America.

For more information on why God is allowing this to happen and what you can do to escape this calamity, please read “America Is Being Besieged Economically,” by Trumpet editor in chief Gerald Flurry.