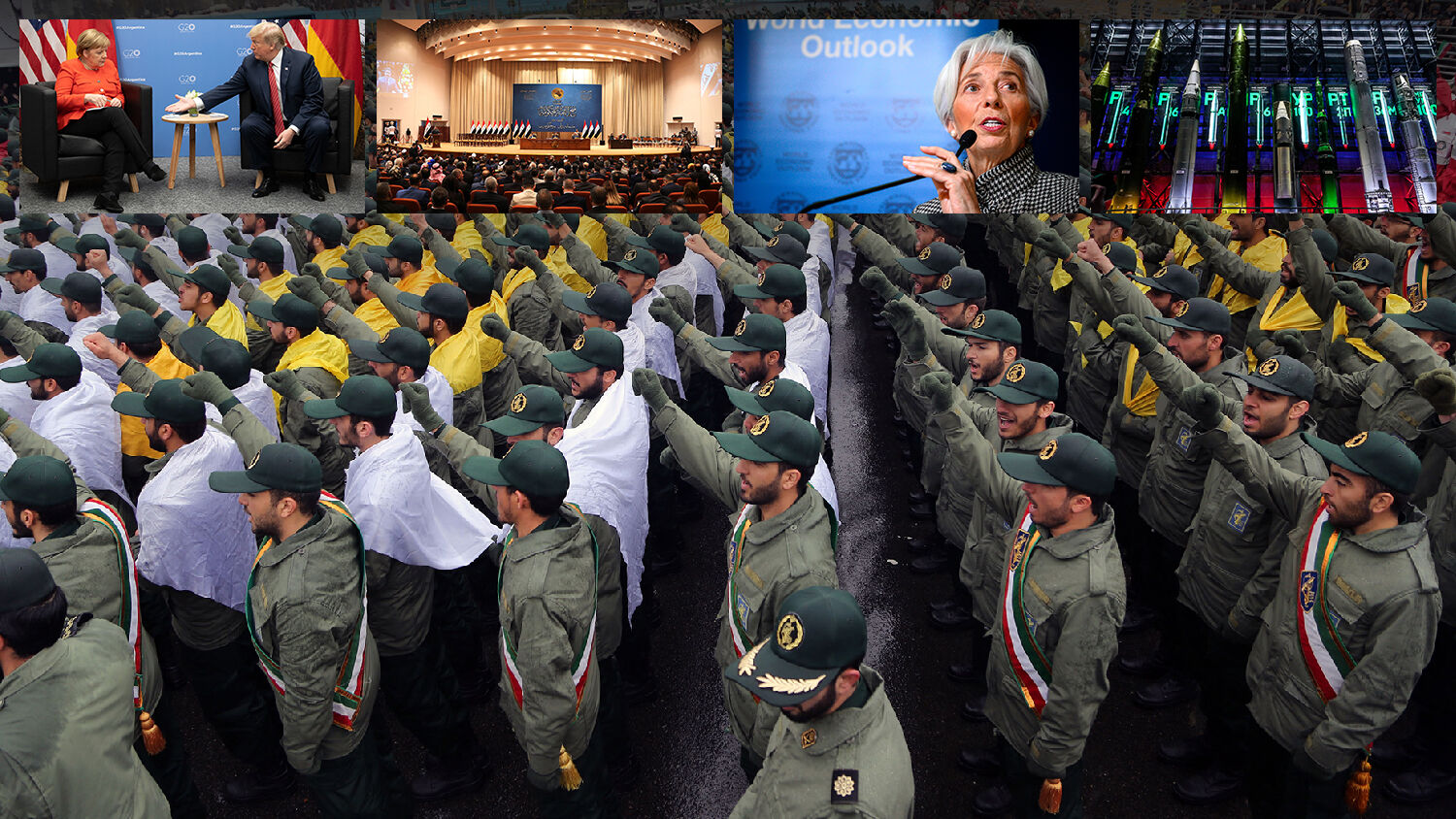 The Islamic Revolution, threats of nuclear war, anti-Americanism in Germany, and more

Forty years ago this month, the shah of Iran’s government collapsed and opened the door for Ayatollah Ruhollah Khomeini to impose Islamic rule over the Iranian people.

During an anniversary celebration speech on February 11, titled “Second Phase of the Revolution,” Khomeini’s successor, Ayatollah Ali Khamenei, called for Iran’s youth to pick up the mantle and push the Islamic Revolution forward.

The Islamic Revolution set the stage for the fulfillment of one of the most dramatic prophecies in the Bible.

Since the United States and Russia suspended their Intermediate-Range Nuclear Forces Treaty on February 2 and 3, Russia has sought to intimidate the West with a series of announcements on new weapons and has essentially placed Europe’s historic cities in the nuclear crosshairs.

If and when intermediate-range nuclear missiles are launched, they will be inbound, not for Washington or Moscow, but for Berlin, Warsaw, Paris and Rome.

This new Cold War-like nuclear reality on the ground in Europe has the potential to escalate fears beyond anything we have seen in years.

This weekend, Germany is hosting the Munich Security Conference, an important annual event that has often been the scene of major announcements in European foreign policy.

On Monday, the conference released its report, and its “bold verdict,” according to German media outlet Deutsche Welle, was that “the global liberal order is fragmenting …. The world is in crisis—and the U.S. is only making things worse.”

Watch Germany and the Munich Security Conference this weekend. The msc will reveal many of Europe’s designs for the future, a future that’s prophesied in the Bible.

Senior Iraqi leaders are discussing kicking United States forces out of their country.

Iraqi President Barham Salih said on February 11, “Don’t overburden Iraq with your own issues.” He continued, “When it is said that the mission of these [U.S. forces] is to fight a neighboring country, like Iran, for example, we reject that notion. The Constitution itself prevents us from such approaches.”

“Iraqis will respond with a parliamentary decision to oust your [U.S.] military forces. And if they do not leave, we have the experience and the ability to remove them by other means that your forces are familiar with,” said Qais al-Khazali, leader of the Iran-backed Asaib Ahl al-Haq militia. This militia is represented in the Iraqi parliament by the Binaa bloc, which favors close ties with Iran.

Iraq’s pro-Iran parliament and its economic reliance on Iran makes a vote by the Iraqi parliament to expel U.S. forces more plausible than it might first seem. Whether or not the vote takes place, the trends are showing an increasing Iraqi alliance with Iran and an increasing hostility against the U.S. In the end, Iran will gain control of Iraq, just as the Bible prophesies.

At the 2019 World Government Summit in Dubai from February 10 to 12, International Monetary Fund Managing Director Christine Lagarde warned 4,000 world leaders that an ominous economic storm is on the horizon.

During the summit, Lagarde identified four “clouds,” or major international concerns, that threaten the economy: trade and tariff escalations, financial tightening, Brexit uncertainty, and China’s economic slowdown. These four concerns are exacerbating each other, and economies are growing more slowly than anticipated.

The Bible prophesies of the coming end-time economic disaster that Lagarde and others have warned about. Thankfully, it also prophesies that in God we can have great hope and protection: “For thou hast been a strength to the poor, a strength to the needy in his distress, a refuge from the storm, a shadow from the heat …” (Isaiah 25:4).