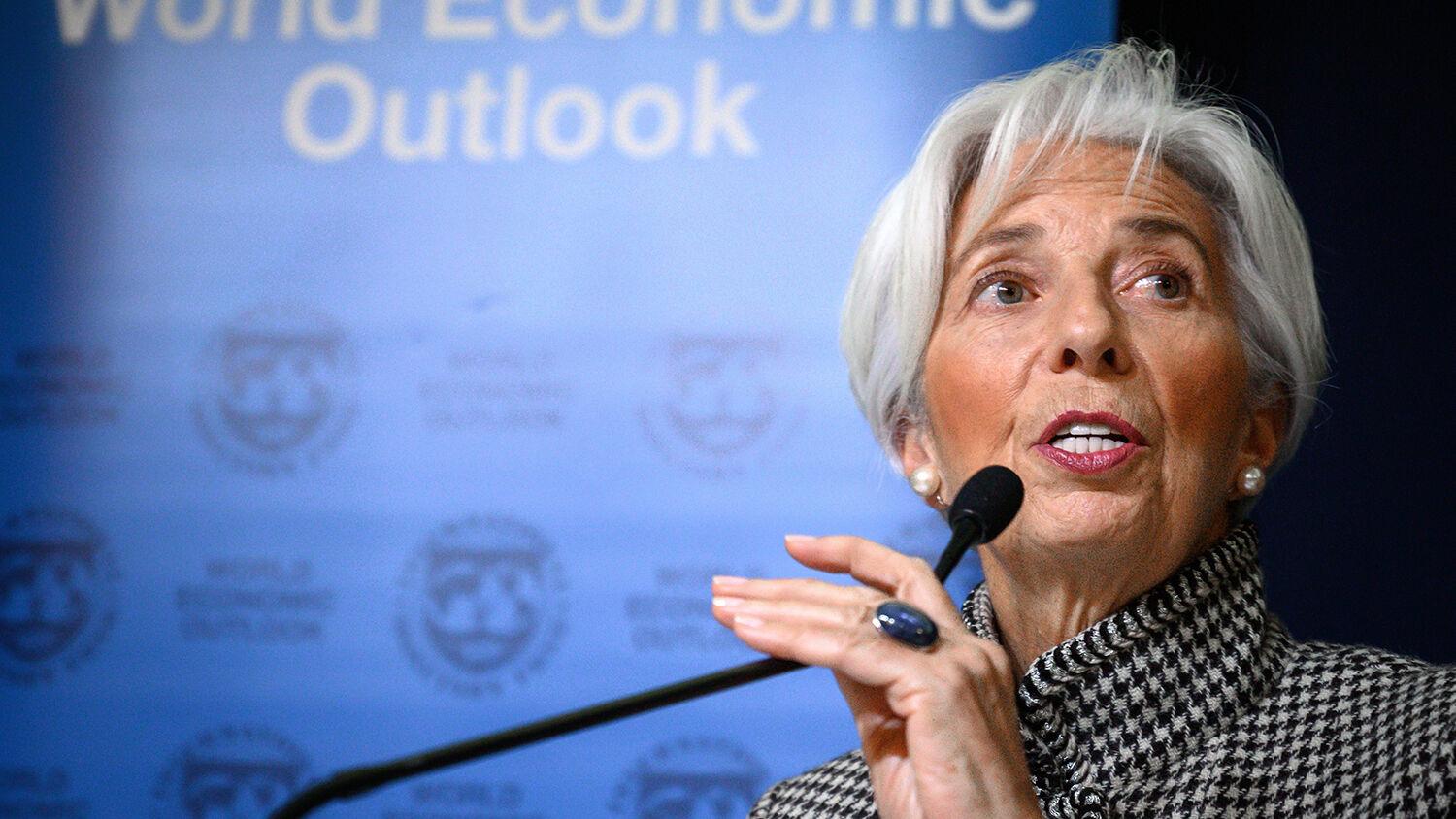 At the 2019 World Government Summit in Dubai from February 10 to 12, International Monetary Fund Managing Director Christine Lagarde warned 4,000 world leaders that an ominous economic storm is on the horizon.

During the summit, Lagarde identified four “clouds,” or major international concerns, that threaten the economy: trade and tariff escalations, financial tightening, Brexit uncertainty, and China’s economic slowdown. These four concerns are exacerbating each other, and economies are growing more slowly than anticipated.

These statements came a month after the imf lowered its expected global economic growth from 3.7 percent to 3.5 percent.

When asked how worried she was by the current state of the world, Lagarde responded: “When there are too many clouds, it takes one lightning to start the storm.”

The imf stated, “[B]uild up your buffers. Make sure that if the storm hits, then you are strong and solid at home.”

The United States is doing the exact opposite. The Treasury Department reported on Monday that total U.S. debt crossed the $22 trillion mark for the first time ever. The debt has gone up by over $2 trillion just since Donald Trump took office. Before him, President Barack Obama increased it by more than $8 trillion in his eight years as president.

Yahoo Finance asked: “[W]ith so much talk about the need to reduce the country’s debt, why has it continued to balloon?”

Politicians talk about the debt, but they don’t do anything about it. “The national debt has become a runaway train that can be easy for the average American citizen to ignore,” Yahoo continued. “But the expanding national debt will impact everyone. Rising national debt hurts the economy, in large part thanks to interest that must be paid on the debt.”

Within a decade, the U.S. is forecast to spend more than $1 trillion each year just on the interest payments on its debt. And yet politicians are demanding that the country borrow even more, for unimaginably massive social programs.

The Bible prophesies of the coming end-time economic disaster that Lagarde and others have warned about. But the Bible describes far more than just a storm. The coming economic crash will be more like a category five hurricane. And it will destroy far more than just national economies. This is just the first of many end-time events that converge to produce the worst time of suffering this world has ever experienced—what the Bible describes as “great tribulation.”

These end-time events, beginning with an economic storm, are described in Trumpet editor in chief Gerald Flurry’s book Ezekiel: The End-Time Prophet, in which he writes:

In the past, we believed the Great Tribulation would begin when America, Britain and Judah were attacked militarily. Yet Ezekiel 4 describes the Tribulation as actually beginning with an economic siege against these nations. One third of the people inside that siege against Israel will die! …

When the siege ends, then comes the attack, so the situation gets far worse. The siege of these three nations leads to an attack that will leave cities without inhabitant!

During and following the financial catastrophe there will be economic besiegement, devastating race riots, military attacks and terror.

As you feel the atmospheric pressure rising and the wind speeds increasing from the economic storm forming, remember these forecasts. It only takes one flash of lightning to set off the storm, which doesn’t stop until cities are left without inhabitant!

But there is a way to escape this storm. In God we can have great hope and protection: “For thou hast been a strength to the poor, a strength to the needy in his distress, a refuge from the storm, a shadow from the heat …” (Isaiah 25:4).

If you are watching these end-time events and heeding God’s warnings, you don’t have to be caught up in the coming Tribulation. To more deeply understand these end-time events, where they are leading, and what you must do to escape the suffering, read Ezekiel: The End-Time Prophet, by Gerald Flurry.