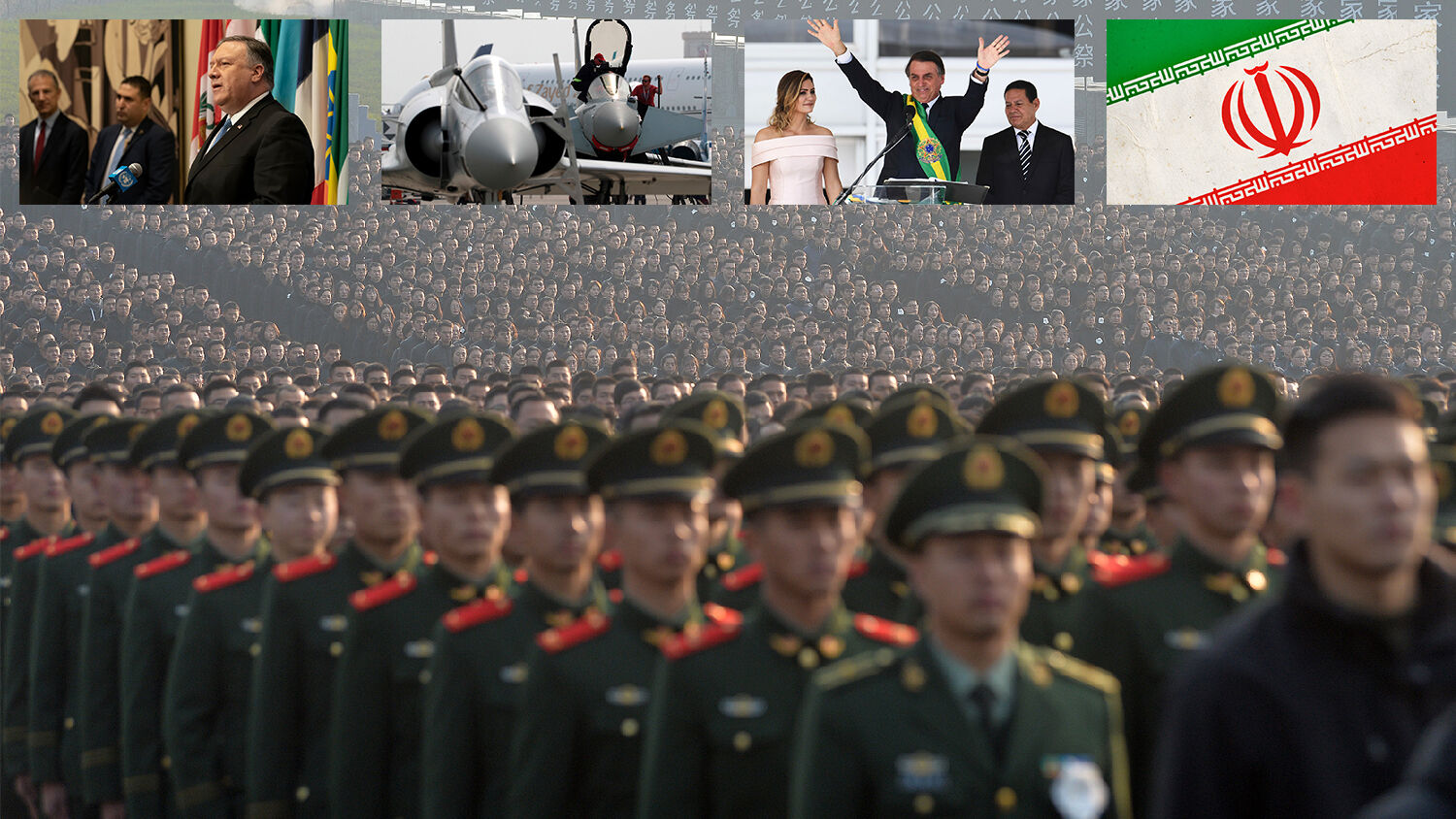 Iran’s war with Israel, China’s conflict with Taiwan, an Arab alliance against Iran, and more

Iran Ups the Ante With Daylight Missile Fired at Israel

Last weekend, Iran fired a surface-to-surface missile from just outside Damascus and toward Israel, attempting to hit the Mount Hermon ski area. The missile was intercepted by the Iron Dome missile shield before it hit its target.

The head of Iran’s air force, Brig. Gen. Aziz Nasirzadeh, declared, “We’re ready for the decisive war that will bring about Israel’s disappearance from the Earth.”

The attack highlights a serious escalation in Iran’s war against Israel.

China is “on the verge of fielding some of the most modern weapon systems in the world. In some areas, it already leads the world.” That was a warning from the latest report by the United States Defense Intelligence Agency.

The report said that China has made major military advancements and developed new weapons technologies as it works to boost its ability to wage war over places such as Taiwan. “Beijing’s long-standing interest to eventually compel Taiwan’s reunification with the mainland and deter any attempt by Taiwan to declare independence has served as the primary driver for China’s military modernization,” the report said.

To understand the significance of the rise of China in the context of Bible prophecy, read our article “Pentagon: ‘Rising Chinese Military Has Taiwan in Its Crosshairs’” and order a free copy of our booklet Russia and China in Prophecy.

The United States has called for the creation of an “Arab nato” to “serve as a bulwark against Iranian aggression, terrorism, extremism” while providing “stability to the Middle East,” according to a White House spokesperson.

At any given time, 1 out of 3 British warplanes can’t fly, according to recent information provided by the Royal Air Force. Out of 434 total aircraft, including training aircraft and helicopters, 142 are currently unavailable due to maintenance needs or being in long-term storage. Many fear the nation’s shrinking military power is taking it down a dangerous path.

This is yet another event in the long, downward spiral of Britain’s national power.

Together they are leading two massive trade blocs to unite, which will cause world trade to realign and fulfill multiple Bible prophecies of trade wars and trade embargoes that will impact every human being.