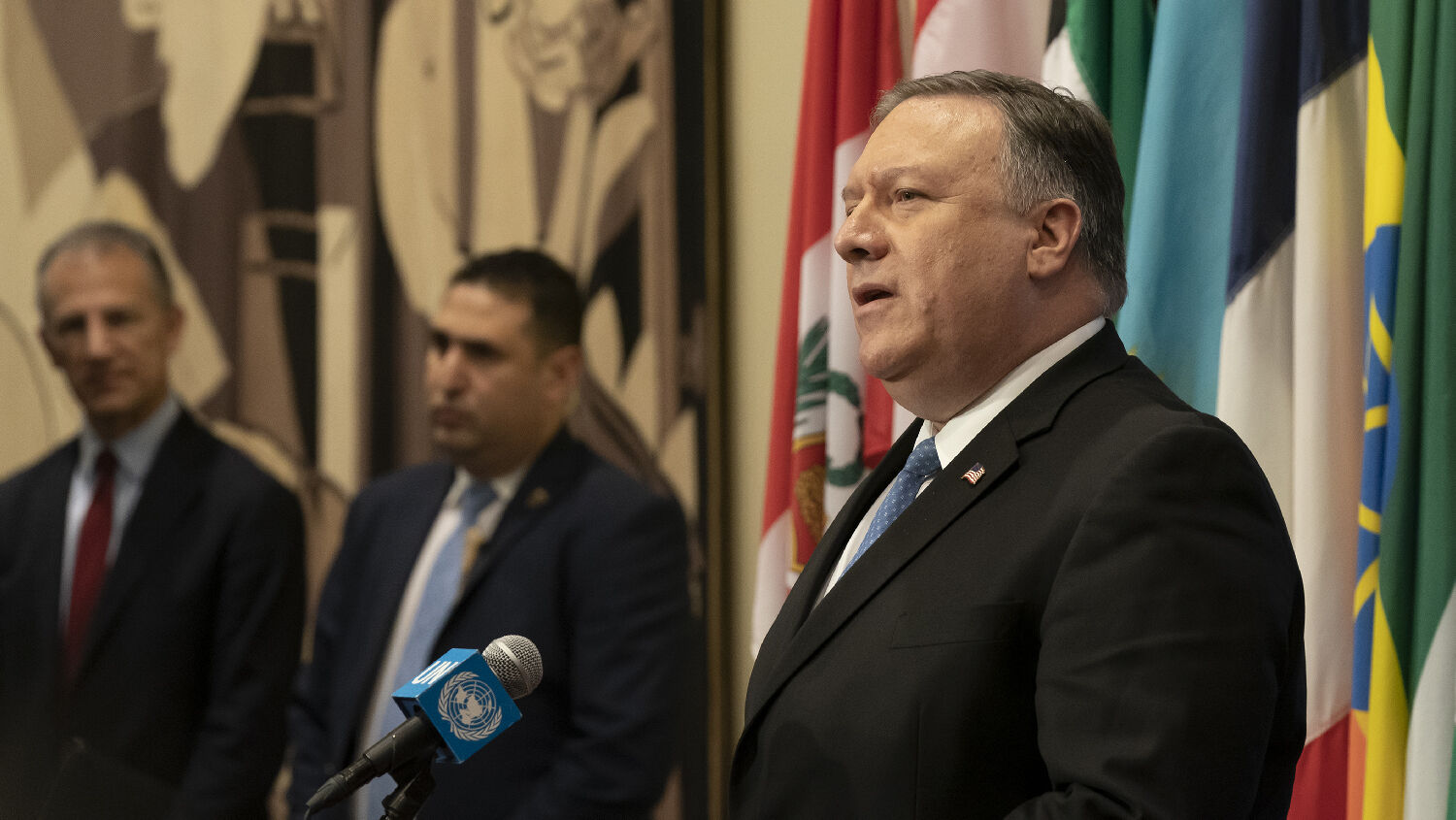 Is a common enemy enough to unite these divided nations?

United States Secretary of State Mike Pompeo called for the creation of an “Arab nato” on December 11. The announcement was made in an attempt to emphasize the commitment of the United States to the security of the region. The Arab confederation would replace the U.S. as the police of the Middle East.

What is the purpose of this plan? What is standing in its way? And will it become a reality?

The North Atlantic Treaty Organization is an alliance between 29 nations against aggression from Russia and other powers. The Arab version, the proposed Middle East Strategic Alliance (mesa), would need a degree of unity between Arab nations. The primary goal of this U.S. initiative would be to unify the region against an aggressive Iran.

The group would consist of Bahrain, Egypt, Jordan, Kuwait, Oman, Qatar, Saudi Arabia and the United Arab Emirates. Bahrain’s minister of foreign affairs said last year that an Arab nato would become a reality by 2019.

Lt. Gen. Joseph Guastella Jr., commander of U.S. Air Forces Central Command, said that Iran continues to “act as a destabilizing agent across this region” and is aiming “to disrupt the balance of power.”

Referring to Iran’s military drills last month near the Strait of Hormuz, Guastella said, “Their actions are directly aimed to threaten all of our economies.”

According to a White House spokesperson, “mesa will serve as a bulwark against Iranian aggression, terrorism, extremism” while providing “stability to the Middle East.”

“It is an American idea that has been approved by the Arab Gulf countries, but it didn’t take shape yet,” said Maj. Gen. Hamad bin Abdullah Khalifah, commander of the Royal Bahraini Air Force. “I expect such a nato to be successful, but we are still at the beginning.”

He stated that the Arab nations have been “sharing information” and “have been training alongside with the Gulf countries through joint exercises.”

But the larger obstacle is Qatar’s relationship with other Gulf nations. Saudi Arabia, Bahrain and the U.A.E. cut relations with Qatar in June 2017, implementing a land, air and maritime blockade against the tiny nation. Al-Jazeera reported:

In all probability, mesa will not come to fruition despite the extent to which the U.S. administration supports the creation of this anti-Iranian alliance of Arab states. The blockade on Qatar, Oman and Kuwait’s unease with Saudi Arabia, the U.A.E.’s increasingly aggressive foreign policy, and lingering tensions between Egypt and Saudi Arabia over the Syrian crisis, among other issues, will continue to be major stumbling blocks.

A prophecy in Psalm 83 lists several moderate Arab states in an end-time alliance against the modern descendants of ancient Israel. The Anchor Bible says, “History transmits no record of the national crisis when the nations enumerated in this psalm formed a league to wipe out Israel ….” Lange’s Commentary states, “The 10 nations who are here enumerated as being combined against Israel are never mentioned elsewhere as enemies allied at the same time and for the purpose of annihilating Israel.”

This will be a deceitful alliance. “They have said, Come, and let us cut them off from being a nation; that the name of Israel may be no more in remembrance” (Psalm 83:4). Their goal is to utterly destroy Israel—including America and Britain!

Verses 5-8 read, “For they have consulted together with one consent: they are confederate against thee: The tabernacles of Edom, and the Ishmaelites; of Moab, and the Hagarenes; Gebal, and Ammon, and Amalek; the Philistines with the inhabitants of Tyre; Assur also is joined with them: they have holpen the children of Lot. Selah.” The identity of the nations are revealed through the Bible and by tracing their migration. (Read our articles on the biblical identity of the modern descendants of Germany, Syria and Turkey.)

The warlike Assyrians recorded in the Bible (beginning in the 1500s b.c.) later migrated to the southern shores of the Black Sea (500s b.c.), then Scythia (400s b.c.), then Central and Western Europe (by the 200s b.c.). When the Romans encountered them around this time, they referred to them as Germani, “war men.” Thus, the ancient Assyrians became the people of modern-day Germany.

The Hagarenes were a semi-nomadic people, distinct from the Ishmaelites, who lived in the desert region northeast of Ammon and Moab, modern-day Jordan. The Hagarenes settled between the lands of Gilead, Bashan and the River Euphrates. In the 700s b.c., they were living in the same region, which is now known as Syria.

In the Bible, the descendants of Esau are known as Edom, and one of his grandsons was named Teman. In the 500s b.c., the Edomites fled north into Central Asia from their ancestral lands near Mount Seir. They adopted the language of the Mongoloid Turks and migrated to Asia Minor, where they built an empire with a similar name to Teman: Ottoman. The empire fell after World War i and became the nation of Turkey.

Some enemies of Israel, like Iran and Iraq, are not mentioned in this alliance. This is because the alliance turns against Israel after it has helped destroy Iran (see Daniel 11:40-42).

It is also important to note that the United States is not in this alliance. Under the Obama and Trump administrations, the U.S. has been slowly withdrawing from the Middle East. The U.S. initiative to form an Arab nato is simply an attempt to find a way to replace America’s role in the Middle East. Under the Trump administration, the U.S. is becoming more and more isolationist.

The U.S. will continue to withdraw from the Middle East, ceding more power to the moderate Arab nations. Watch for the unity between these nations to strengthen against their common enemy.

For more information about the Psalm 83 alliance, please read “A Mysterious Alliance.”