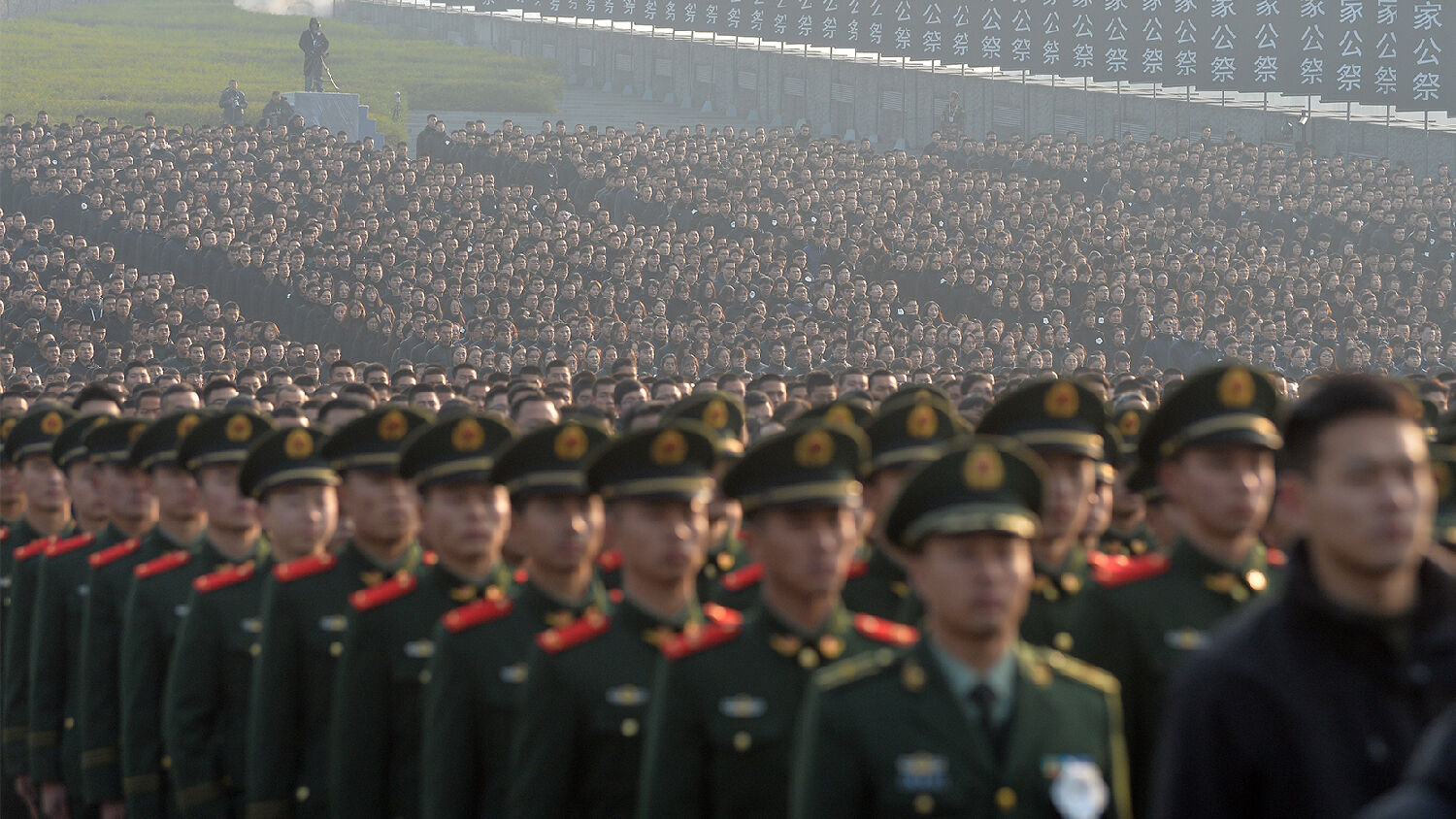 China is ‘on the verge of fielding some of the most modern weapon systems in the world. In some areas, it already leads the world.’

China has made major military advancements and developed new weapons technologies as it works to boost its ability to wage war over places such as Taiwan, according to a January 15 report from the United States Defense Intelligence Agency.

“Beijing’s long-standing interest to eventually compel Taiwan’s reunification with the mainland and deter any attempt by Taiwan to declare independence has served as the primary driver for China’s military modernization,” the report said.

In 1949, China’s civil war concluded with forces from the Communist Party fighting a party called the Kuomintang. The Communists took control of the mainland and pushed the Kuomintang onto the island of Taiwan. Both the Communist Party of China and the democracy of Taiwan claim to be the rightful government of all of China. The Communists on mainland China have far more economic and military power and see Taiwan as a rogue territory that needs to be brought back under their rule, by force if necessary.

The Chinese are developing systems specifically designed to discourage the U.S. from intervening to protect Taiwan if China were to invade the island. “Beijing’s anticipation that foreign forces would intervene in a Taiwan scenario led the [Chinese People’s Liberation Army] to develop a range of systems to deter and deny foreign regional force projection,” the report said.

The report estimated that China’s military spending “probably exceeded $200 billion” in 2018, which is “a threefold increase since 2002.” Although this is considerably less than the $700 billion the U.S. spent on defense in 2018, the Chinese cash goes much further. “China has not had to invest in costly [research and development] of new technologies to the same degree as the United States,” the report said. Instead, “China has routinely adopted the best and most effective platforms found in foreign militaries through direct purchase, retrofits or theft of intellectual property.” By these often unscrupulous methods, “China has been able to focus on expediting its military modernization at a small fraction of the original cost.”

In the report’s preface, Defense Intelligence Agency Director Lt. Gen. Robert Ashley said these methods mean China is already ahead of the U.S. in some key areas. “The result of this multifaceted approach to technology acquisition is a pla (People’s Liberation Army) on the verge of fielding some of the most modern weapon systems in the world,” he wrote. “In some areas, it already leads the world.”

And the Chinese are showing themselves willing to put these new technologies to use. On January 2, Chinese Paramount Leader Xi Jinping warned Taiwan that if it did not opt for “peaceful reunification” with China, then the Chinese “make no promise to renounce the use of force and reserve the option of taking all necessary means” to bring Taiwan under China’s control.

Taiwanese President Tsai Ing-wen responded to Xi’s statements saying Taiwan will “never accept” a “one country, two systems” model that would place the island under the rule of the Communist Party of China.

But a shift underway in the global power balance, as evidenced partly by the Pentagon’s new report, shows that Tsai and Taiwan will be unable to remain independent for much longer.

For decades, the Taiwanese have lived in fear of military invasion from China’s forces. But they have managed to retain their independence because of military armaments, political support and security assurances from their primary ally, the United States.

In recent decades, however, America’s support for Taiwanese independence has diminished. In 1998, Bill Clinton became the first U.S. president to publicly oppose Taiwanese independence. Trumpet editor in chief Gerald Flurry wrote that Clinton’s statements showed that it was only a matter of time until Taiwan would be forced under China’s rule.

“The Chinese leaders pressured the president and America to speak against our freedom-loving friends [in Taiwan],” Mr. Flurry wrote in the August 1998 Trumpet issue. He continued:

The people of Taiwan fear for their future. They feel betrayed. … Once again, America has showcased its broken will to the whole world. … How could anyone fail to see that Taiwan is destined to become a part of mainland China? These … people are going to be forced into the Chinese mold; and it is going to happen for one reason: because of a pitifully weak-willed America. Does freedom really mean so little to us?

Mr. Flurry’s understanding of America’s broken will and how it relates to the China-Taiwan dynamic is based on Bible prophecy. Leviticus 26:19 records God warning “Israel” that if the people reject Him He would punish them in a specific way: “I will break the pride of your power.” In this passage, “Israel” refers mainly to modern-day America and Britain, which is thoroughly explained in our free book The United States and Britain in Prophecy, by Herbert W. Armstrong.

At the time that Mr. Flurry wrote that 1998 article, the likelihood that China would conquer Taiwan may have seemed remote. But today, with China “on the verge of fielding some of the most modern weapon systems in the world,” as the new report said—and with the U.S. increasingly divided and consistently failing to stand up to Beijing—it is plain to see how Mr. Flurry’s forecast will soon come to pass.