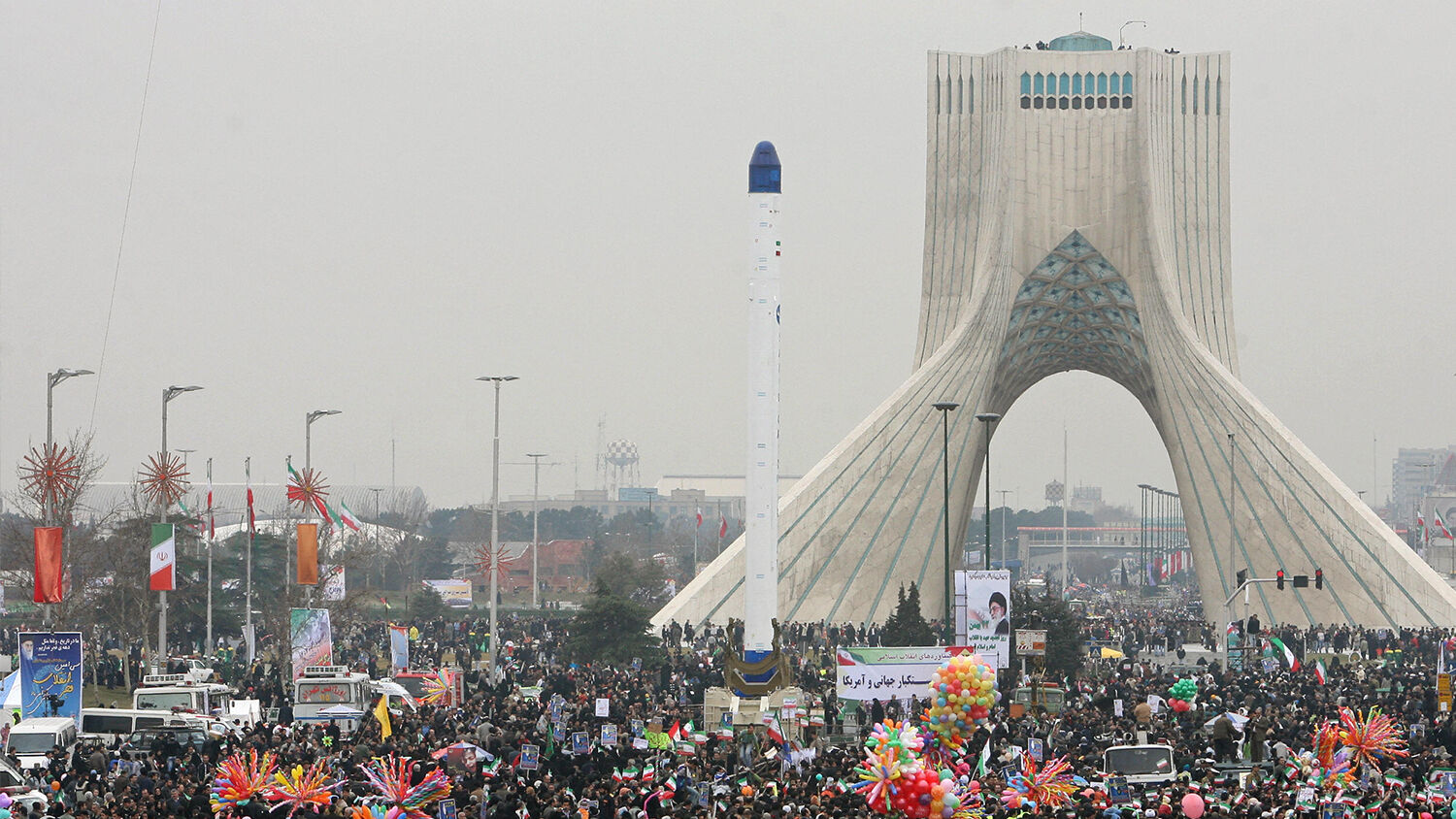 A replica of the Omid satellite and the Safir-2 rocket is displayed on Feb. 10, 2009, as Iranians take part in a rally to mark the 30th anniversary of the Islamic Revolution at Azadi (Freedom) Square in Tehran.
-/AFP/Getty Images

Iran launched a Safir rocket on January 15, carrying a communications and imagery satellite named “Payam,” meaning “message” in Farsi. The launch went smoothly until the rocket’s third stage malfunctioned and failed to achieve the necessary speed to enter orbit. The satellite was not deployed, and the televised launch was a public failure. Iran has previously deployed some short-lifespan satellites successfully, while other attempts have also failed. But Iran remains determined to develop its rockets, pursuing rockets capable of carrying nuclear warheads.

Iran plans to launch another satellite similar to Payam in the near future.

Tehran’s desire to have a strategic counter to the United States could drive it to field an icbm [intercontinental ballistic missile]. Progress in Iran’s space program could shorten a pathway to an icbm because space launch vehicles (slv) use inherently similar technologies.

After the rocket failed, Telecoms Minister Mohammed Javad Azari Jahromi said on Twitter, “We should not come up short or stop. It’s exactly in these circumstances that we Iranians are different than other people in spirit and bravery.”

Israeli Prime Minister Benjamin Netanyahu pointed to the danger of dual-use technologies like satellite launch rockets, which can be easily adapted to enhance the range and accuracy of ballistic missiles. “Iran is lying now that it launched an innocent satellite to space,” he said. “It actually wants to achieve the first stage of an intercontinental missile, in violation of all international agreements.”

Iran’s goal of wiping out Israel can be achieved with nuclear missiles. The nation continues to regularly develop and test missiles that can easily convert to carrying nuclear warheads. Added to this, Iran’s continuing nuclear program has been exposed as far less compliant with the nuclear agreement than many Western politicians have portrayed.

Iran’s space program sends a message of strength and defiance to America as well. The space program showcases its yearly achievements in February, on the anniversary of the 1979 Islamic Revolution that turned the nation against America.

U.S. Secretary of State Mike Pompeo condemned the launch as a mere cover story for Iran’s real goal of missile development. “The United States has continuously cautioned that ballistic missile and slv launches by the Iranian regime have a destabilizing effect on the region and beyond,” he said. “France, Germany, the United Kingdom and many nations from around the world have also expressed deep concern.”

Secretary Pompeo admits that Iran’s actions are concerning to Europe, but America is not stepping up to help. This is a change with global ramifications. It is leading to a new era in the Middle East. Europe now faces the vital question: With America gone, who will step up to the challenge of containing Iran and its terrorist network? Israel cannot achieve this without significant outside help.

Should we expect European nations like Germany and France to step up and get more involved in the Middle East? If they do, how will Iran respond? The Trumpet looks to Bible prophecy for the answers to these questions.

Bible prophecy tells us to expect Iran’s actions to provoke and “push at” Europe. In 1996, Trumpet editor in chief Gerald Flurry identified the modern nation of Iran and its terrorist networks as what the Bible calls “the king of the south.” In his booklet The King of the South, Mr. Flurry writes:

Iran’s aggressive pursuit of missiles and nuclear technology are one part of this prophesied push. What will be the result of Iran’s aggression? Mr. Flurry explains:

The king of the south, or Iran, is going to “push at him”—that is, the king of the north (the European Union). Gesenius’ Hebrew-Chaldee Lexicon says the word push means “to strike—used of horned animals,” or “to push with the horn.” Iran is extremely radical—the king over radical Islam. Where is this nation’s pushiness leading? To war! Just as it has in the past. It’s leading to terrifying war with weapons of mass destruction.

The Bible shows that Iran’s development of missile technology and other ambitions will lead to the prophesied Great Tribulation, a time of suffering that will affect every human being on Earth. But if you are willing to trust Bible prophecy, you can understand the future. And if you choose to respond to God’s warning, you can even avoid the suffering that is coming. To read more about Iran, Europe, the coming Tribulation and the hope that lies just beyond it, request your free copy of The King of the South, by Gerald Flurry.