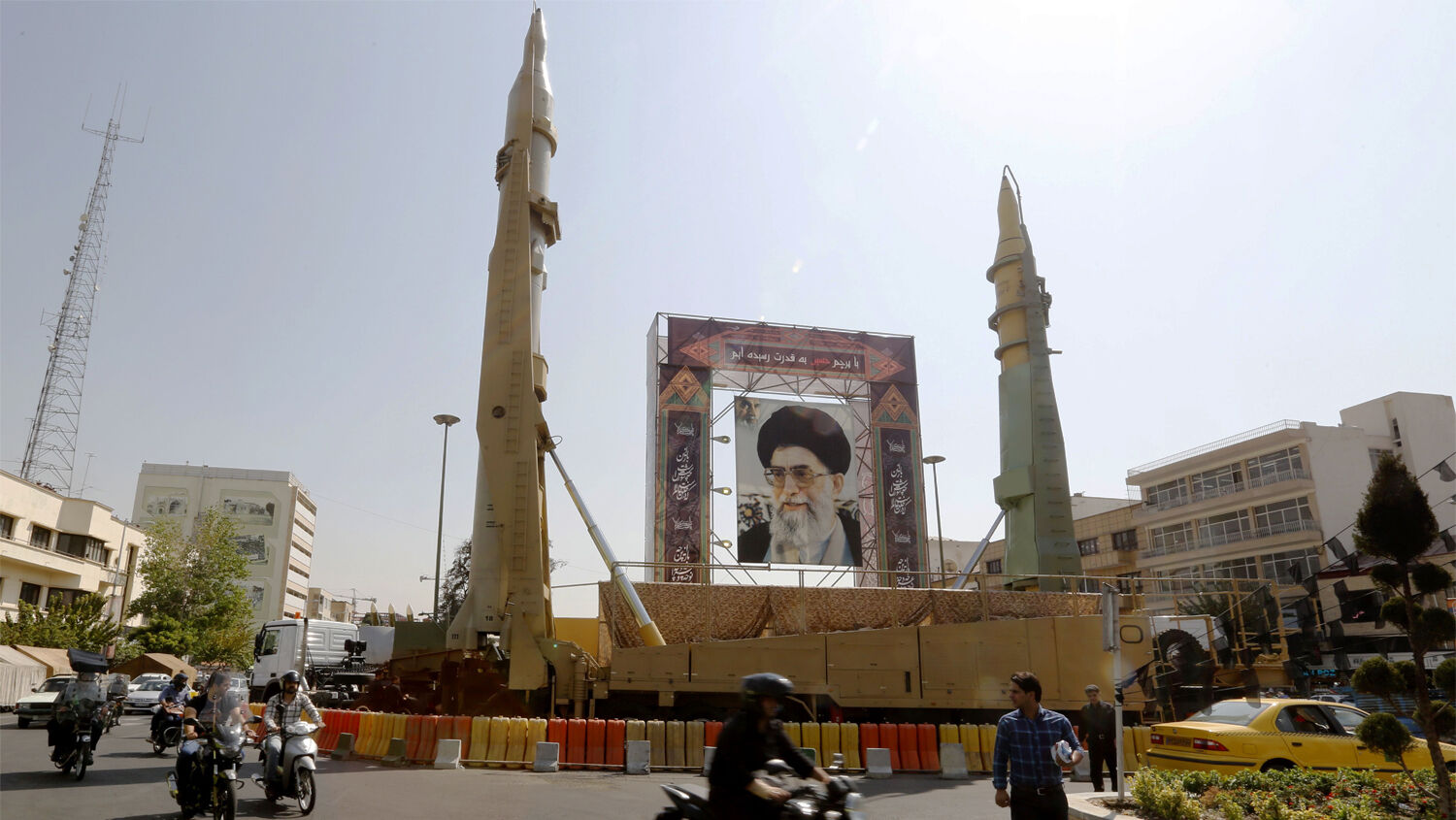 Iran displayed a nuclear-capable intercontinental ballistic missile during a military parade in Tehran on February 11. The Qadr was displayed on the 39th anniversary of the Iranian Revolution. The display of the Qadr missile during the festivities was a message. Adorned with decorations and slogans, Iran’s missiles are as much a billboard of Iranian propaganda as they are weapons in the regime’s hand.

Parading the Qadr at the celebration was no exception. The Qadr, with its distinct North Korean design, was first seen in 2016. When the missile was test-fired, it bore the ominous statement, “Israel must be wiped out.” The message was written in Hebrew and the launch was broadcast on public stations. Israel couldn’t miss the statement if it tried.

Showing off the Qadr in the anniversary parade simply restates Iran’s goal.

For many, the message isn’t getting through. But Israel is listening: It is in the nuclear crosshairs! If Iran’s missile was pointed at our home, we would listen too! Prime Minister Benjamin Netanyahu has called on United States President Donald Trump to scrap the nuclear deal. You can see why. With a little common sense, Iran’s intentions become crystal clear, or so you would think.

For one reason or another, almost the entire community of world leaders is choosing to sweep Iran’s actions under the Persian rug. Even those who helped institute the Joint Comprehensive Plan of Action seem reluctant to stop Iran’s march toward the nuclear bomb.

But ignoring Iran’s saber-rattling doesn’t change the fact that Iran has a saber! Or in this case, a home-made nuclear-capable intercontinental ballistic missile system!

Iran is going to use it! Trumpet editor in chief Gerald Flurry called the nuclear deal with Iran “the worst foreign-policy blunder in American history.” He predicted that Iran would not hold up its end of the agreement. He wrote in the April 2016 Trumpet:

Will Iran cheat? History says yes. When has it not cheated after making a significant agreement with the West?

Anybody with common sense knows you don’t negotiate with nations that yearn for your destruction. America negotiated with the worst terrorist-sponsoring nation on Earth, and just invited it into the community of nations. Is this leading to peace? Read Matthew 24:21-22 to see where it’s leading. Nuclear bombs and weapons of mass destruction are about to be put to use on a scale this world has never seen!

Iran doesn’t care about UN resolutions. It isn’t afraid of the letters of protestation that Germany, the United States, the United Kingdom and France write to the UN secretary general.

The military parade reinforces the fact that Iran is boldly advancing its nuclear weapons program. The ayatollahs aren’t even trying to hide it! But again, unless you are under direct threat like Israel, it’s not worth getting involved.

But that is about to change.

In November last year, Hossein Salami, the lieutenant commander of the Islamic Revolutionary Guard Corps, spoke to Europe. If the EU should push for a renegotiation on the nuclear program, Salami warned, Iran would increase the range of its weapons. Iran is openly trying to blackmail Europe with nuclear threats.

Long-time readers of the Trumpet know that Europe won’t abide this pushy foreign policy for long. Prophecy in Daniel 11 reveals how Iran is going to be stopped. God will allow Iran’s defeat to come at the hands of Europe! If you are interested in finding out more, request our free booklet Germany’s Secret Strategy to Destroy Iran.

Iran is throwing its weight around, threatening who it wants and flaunting its nuclear capabilities. But there will be consequences of a world-war magnitude!

For all its posturing, celebrations and preparations for nuclear war, Iran is sending another message. A subtle, unintentional message to anyone who knows Bible prophecy.

Matthew 24:21-22 state, “For then shall be great tribulation, such as was not since the beginning of the world to this time, no, nor ever shall be. And except those days should be shortened, there should no flesh be saved: but for the elect’s sake those days shall be shortened.” Notice what Mr. Flurry writes about this in his booklet Nuclear Armageddon Is ‘At the Door’:

It is childish folly to think anybody but Christ could stop this nuclear madness. …

So all this nuclear insanity is also a part of the sign of the Second Coming and the sign of the end of the age when Christ will save humanity from totally exterminating itself!

When we see radical nations like Iran flaunting their nuclear capabilities, we can take heart in the fact that it means Christ’s return is close. Jesus Christ will miraculously intervene to stop the nations of this world from wiping each other out.