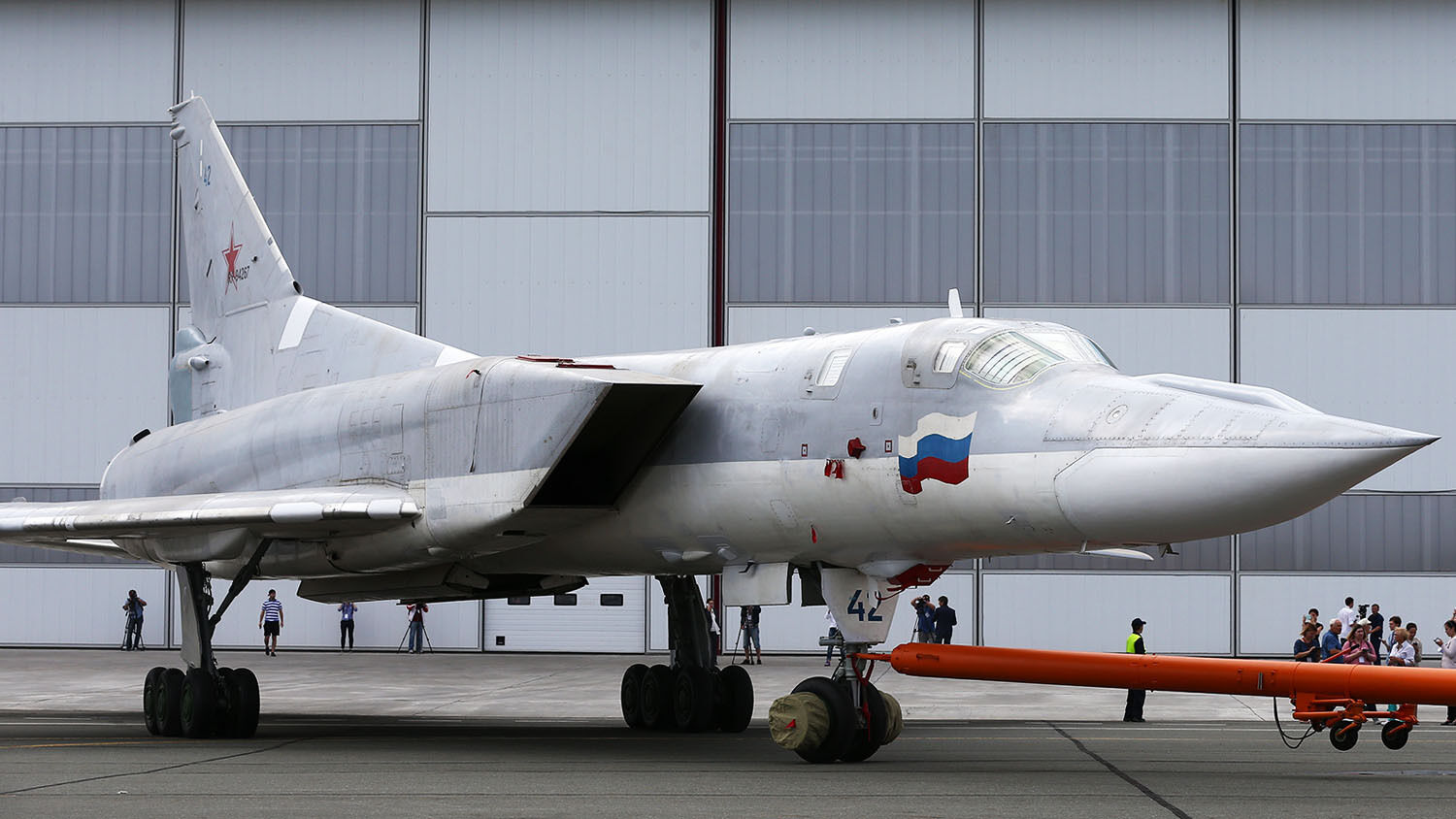 Russia’s United Aircraft Corp. announced that, on December 28, it completed a successful test flight of its newly upgraded bomber, the Tupolev Tu-22M3M. The Tu-22 has been in service since the 1970s: This edition is outfitted with more efficient engine and fuel control, new navigation equipment, new radio equipment and other new avionics, making the training of new pilots more automated and simpler.

The United Aircraft Corp. stated that these upgrades provide a “significant expansion of the combat potential” for the bomber.

The Tu-22M3M’s flight was a success, but it came later than originally planned. According to the Diplomat, its test flight was scheduled to occur in August. After ground tests, however, the maiden flight was postponed until the end of October, and finally, December.

The new bomber nears completion as Russia continues to propagandize its military strength and promote its weapons development.

It has been less than four months since the close of Vostok 2018, Russia’s largest war games since the Cold War era. In August, Russian bombers were spotted flying over the Bering Strait, close to Alaska. The small group of aircraft, which included Tu-160 and Tu-95 bombers as well as tanker planes for in-flight refueling, reminded the United States that Russia is capable of launching devastating nuclear attacks at American targets. In March, Putin unveiled the “absolute weapon”: a new hypersonic, maneuverable missile.

All of these events are significant in Russia’s return to superpower status, which the Trumpet watches closely.

Since Putin became president of Russia, he has worked to rebuild his country’s power to the level it had when the Soviet Union rivaled the United States. Putin said that the fall of the Soviet Union was the worst “geopolitical catastrophe” of the century.

The Trumpet relies on the Bible as our foundation of knowledge. The Bible prophesies of a group of nations known as “the kings of the east” (Revelation 16:12). The Old Testament also refers to these same nations. “And the word of the Lord came unto me, saying, Son of man, set thy face against Gog, the land of Magog, the chief prince of Meshech and Tubal, and prophesy against him” (Ezekiel 38:1-2). In his article “Is Vladimir Putin the Prophesied ‘Prince of Rosh’?”, Trumpet editor in chief Gerald Flurry wrote:

One other Russian people is mentioned in Ezekiel 38:2. There is controversy over how the Hebrew word rosh should be translated in this verse. The King James Version uses the adjective “chief.” But the correct rendering (used by the Moffatt, New King James and others) uses the word not as an adjective, but as a proper noun: Rosh. Thus, that verse should read, “the prince of Rosh, Meshech and Tubal.”

Rosh was the ancient name of Russia, once called Rus. Many encyclopedias and commentaries (such as the Jamieson, Fausset and Brown Commentary) recognize this.

Another prophecy in Revelation describes an army deployed by these “kings of the east”: “And the number of the army of the horsemen were two hundred thousand thousand: and I heard the number of them” (Revelation 9:16). “Two hundred thousand thousand” equates to 200 million men, a fighting force far larger than any army in human history. What other group of nations could support such an army than the Asian powers—including not only Russia and China, but also India, Japan and others—with their overflowing populations?

Russia’s continued militarization—of which its upgraded bomber is the latest example—is pointing toward the fulfillment of these prophecies. That is a grim future! Notice what will be the result of this large army: “By these three was the third part of men killed, by the fire, and by the smoke, and by the brimstone, which issued out of their mouths” (verse 18). One third of mankind, largely because of this 200 million-man army, will be killed in the soon-coming World War iii. Why would God allow this?

God allows it because He knows it is the only way to get mankind’s attention. The world today is so materialistic and sinful, so far away from God, that nothing will bring men as a whole to turn to God except for worldwide cataclysm. Even then, mankind will be so stubborn that they will mostly refuse to repent. “And the rest of the men which were not killed by these plagues yet repented not of the works of their hands, that they should not worship devils, and idols of gold, and silver, and brass, and stone, and of wood: which neither can see, nor hear, nor walk: Neither repented they of their murders, nor of their sorceries, nor of their fornication, nor of their thefts” (verses 20-21).

God’s purpose for sending this great army is to cause people to repent (Joel 2:11-12).

God says that He will use “the kings of the east” to punish “the king of the north” for its cruel treatment of Israel (Jeremiah 50; Daniel 11:44-45). In the end, the armies of the king of the north and the kings of the east will meet in Jerusalem at the Second Coming of Jesus Christ, and then both these evil armies will be completely destroyed. But before they are destroyed, they will bring about so much suffering on the world that Christ Himself said that if He did not return and stop mankind from killing himself, “there should no flesh saved alive” (Matthew 24:22; Moffatt). There is great hope in knowing, through Bible prophecy, how even the worst of tribulation will lead to the greatest event ever—the return of Jesus Christ.

We need to watch Russia’s actions. If you prove the truth of Bible prophecy, you can know where world events are leading and what they will bring about. Read Mr. Flurry’s article “Is Vladimir Putin the Prophesied ‘Prince of Rosh’?” as well as our free booklet Russia and China in Prophecy for more in-depth analysis and information.